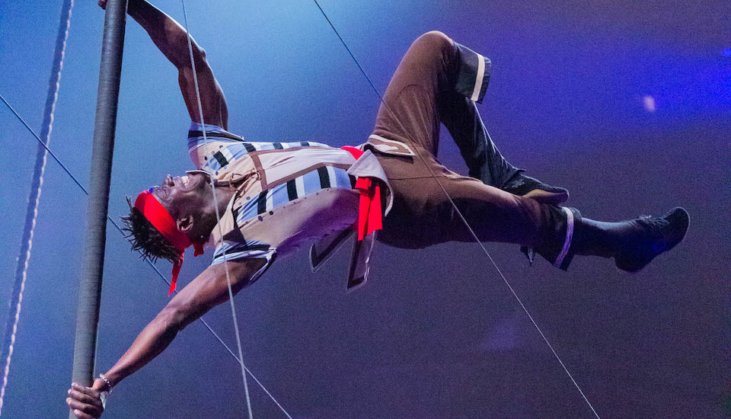 From the Winterfest Tour of Lights to the annual tree lighting at The Island, Pigeon Forge provides plenty of opportunities for getting in touch with the spirit of the holiday season. The town’s best yuletide experiences, however, can be found at its many theaters, where you’ll be swept up in holiday magic as you sing along to your favorite tunes. Any seasonal production can quickly put a smile on your face, but the following should top your theater itinerary: 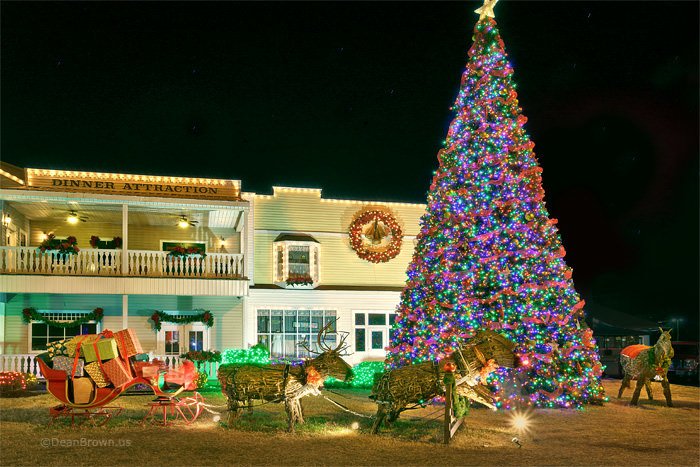 Dolly Parton has never hidden her love of holiday tradition, so it’s a given that her Christmas show is a sight to behold. No matter the weather outside, this production is sure to warm your heart with its traditional holiday costumes and music. As with any show at Dolly Parton’s Stampede, however, the horses set the production apart from other Pigeon Forge holiday performances. As you enjoy their majestic prancing, you’ll feast on a four-course meal featuring rotisserie chicken, barbecue pork loin, corn on the cob, and a specialty dessert.

Typically, when people refer to the magic of the holiday season, they think of the warm fuzzies that naturally accompany Christmas cheer. With Magic Beyond Belief, however, this concept takes on a whole new meaning. Starring the talented Darren Romeo, this show boasts a variety of mind-blowing illusions that are sure to delight audience members of all ages.

The cast includes not only a talented magician and his assistants, but also an entire menagerie of exotic animals, plus such mythical creatures as unicorns and mermaids. Wonderful music and lighting effects elevate the already impressive illusions to provide a true visual feast. 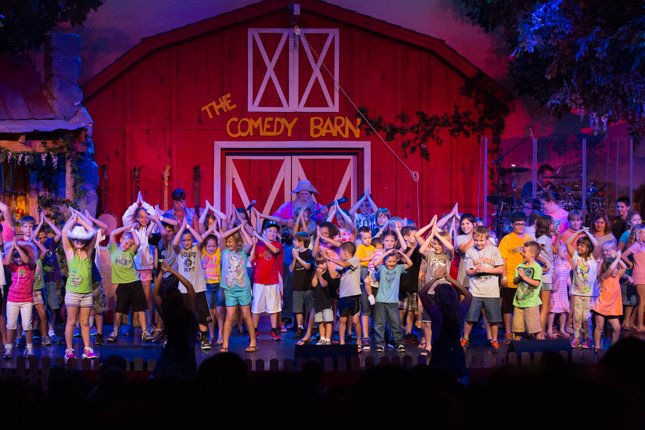 A huge smile will cross your face as soon as you enter the Comedy Barn for its Christmas show — and it will remain there until long after you’ve departed. At times merry and at times hilarious, this production never fails to be 100 percent entertaining. It features a variety of Christmas-themed acts, including several musical numbers, juggling, comedy bits, and even a dog show. This variety show will leave you wanting more. 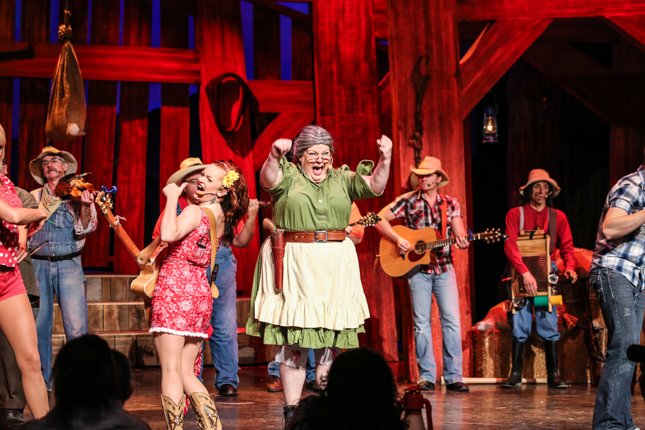 If you bust a gut laughing anywhere in Pigeon Forge, it’ll be at Hatfield and McCoy’s iconic dinner show. This Christmas version captures all of the hokey humor of the original while adding a bit of holiday flair. Country jokes abound, as do goofy costumes and dance numbers. A homey meal completes the experience. Don’t forget to check out the gift shop, where you’ll find ornaments, Hatfield nutcrackers, and a variety of other items you won’t find anywhere else. 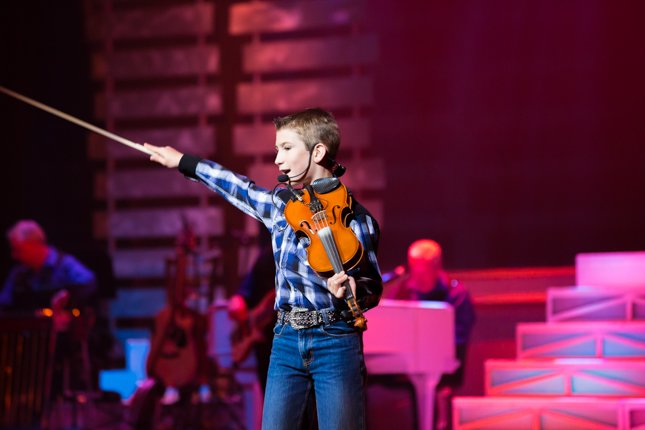 Children adore the family-friendly Christmas Show at Country Tonite, which combines vibrant sets and toe-tapping music to great effect. Top appearances include the Sugar Plum Fairy, Frosty the Snow Man, and Santa Claus. The singers, dancers, and Christmas characters are undeniably talented, but you’ll also appreciate the light-hearted jokes integrated into key aspects of the show. If you’re on the hunt for a charming production the entire family can enjoy, you’ll find it at Country Tonite.

Christmas at the Smoky Mountain Opry 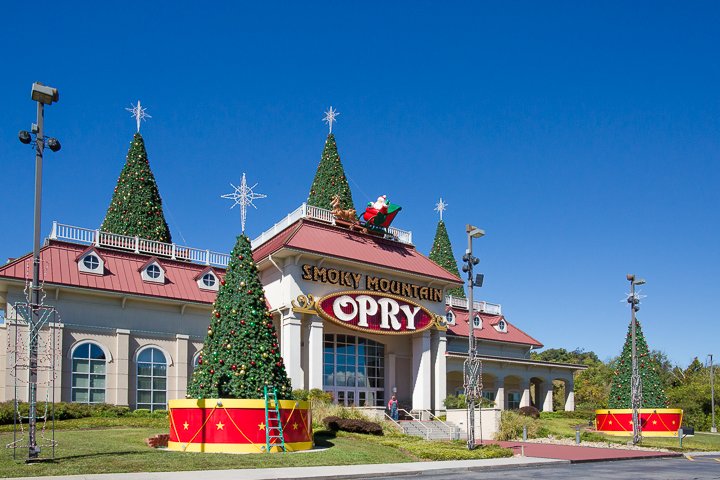 Heartwarming festivities are on full display at the iconic Smoky Mountain Opry, where you’ll encounter a song-and-dance spectacle like no other. This beloved show incorporates a variety of seasonal favorites, including elves, reindeer, and, of course, good ol’ Saint Nick. The show also incorporates the region’s largest nativity scene — complete with live animals. Song and dance infuse the entirety of the production, as do visually impressive sets and costume designs.

Offering a decidedly religious take on the Smoky Mountain dinner show experience, the Biblical Times Christmas Feast aims, above all else, to remind audience members of the reason for the season. As much as we all love tinsel and baked goods, this show highlights what really makes Christmas special. It is also notable for its state-of-the-art technology, with holographic and 3D images incorporated to great effect.

This show’s music is wonderful, with each performance infused with everything from traditional hymns to contemporary numbers. This feast for the senses is completed by a hearty dinner, featuring such favorites as turkey, ham, deviled eggs, and sweet potato casserole.

Another dinner show worth checking out, Murdering Mr. Scrooge delivers a new take on one of your favorite Christmas stories. You’ll be reintroduced to the foul-tempered Mr. Scrooge, who, as in the original story, is determined to prevent Christmas joy at all cost. The plot is mesmerizing enough as is, but the production’s unique format makes it that much more memorable.

Rather than perform on stage, the actors hang out with the diners, who are tasked with solving a mystery by navigating a series of puzzles. You’ll love not only the challenge but also the mouthwatering meal, which includes several down-home dishes and a delightful cheesecake. 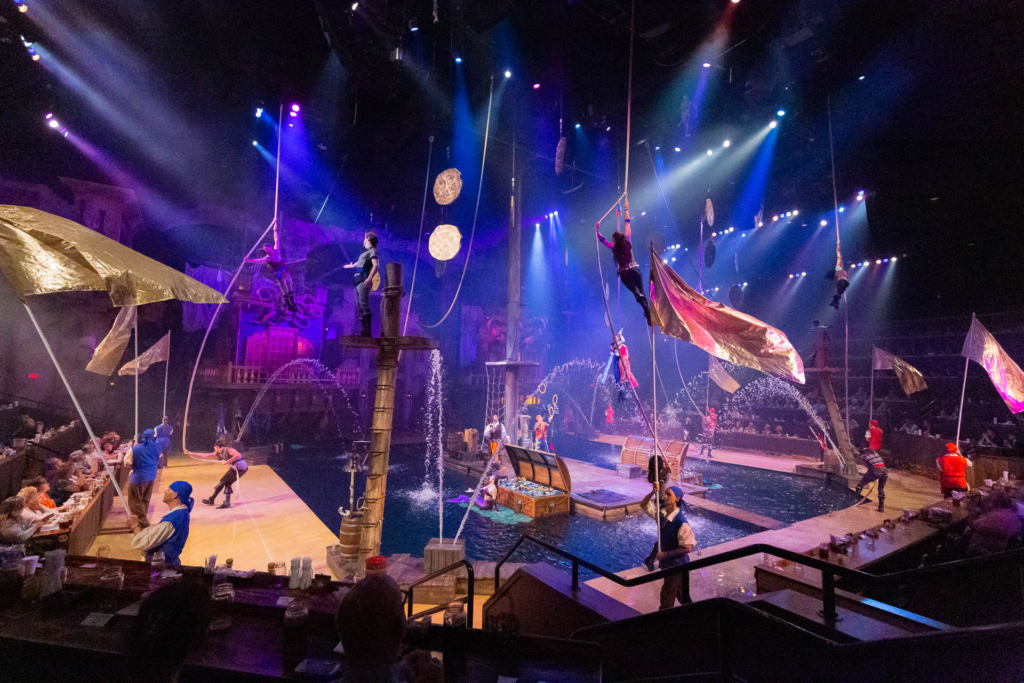 You might not initially think of pirates and Christmas as an ideal combination, but you’ll quickly change your mind after attending this unique production. This silly pirate show brings a new sense of swashbuckling fun to the classic Dickens tale A Christmas Carol. During this theatrical voyage, Ebeneezer transforms into Captain Scrooge, who, accompanied by first mate Crachit, departs on a much-needed journey in search of the true meaning of Christmas.

This holiday season, treat yourself to a night out on the town in Pigeon Forge, where you’ll be awestruck by the musical and theatrical talent. This is your opportunity to step into a whole new world as you embrace the spirit of the season. 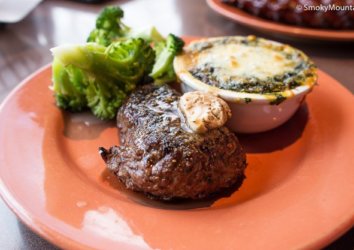 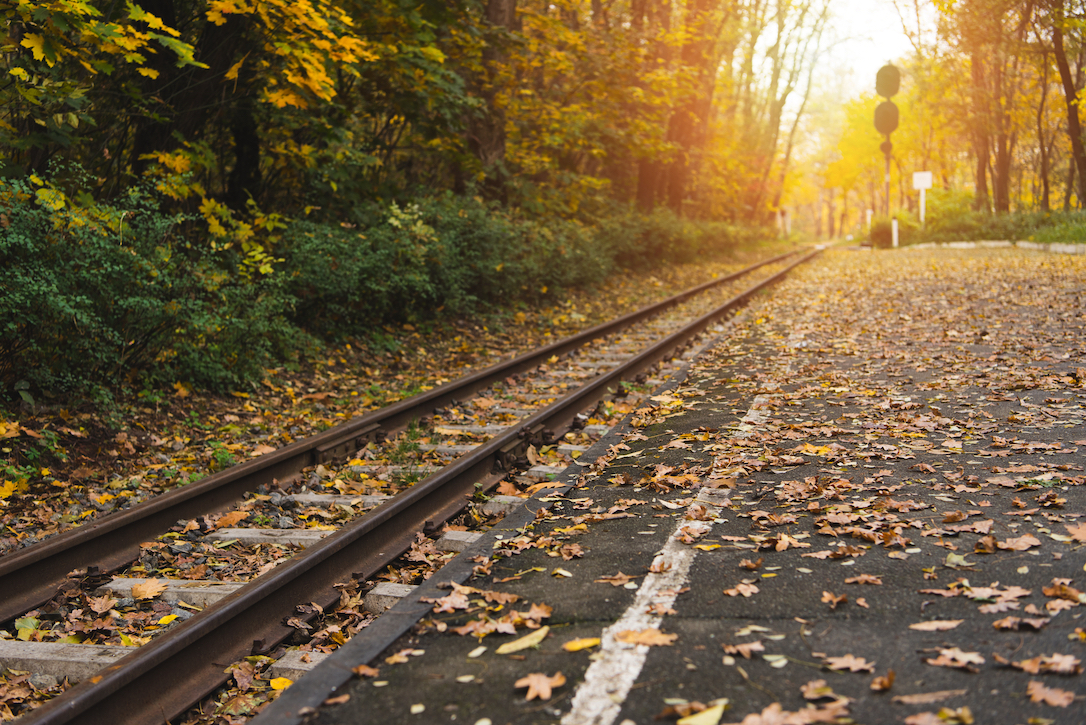 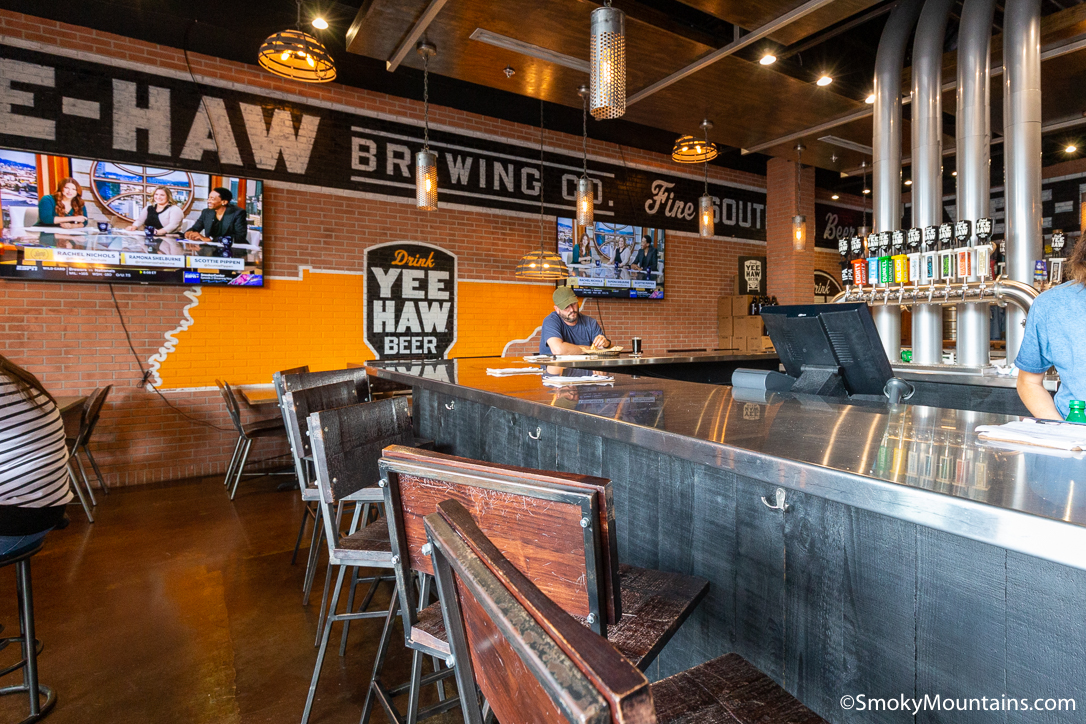 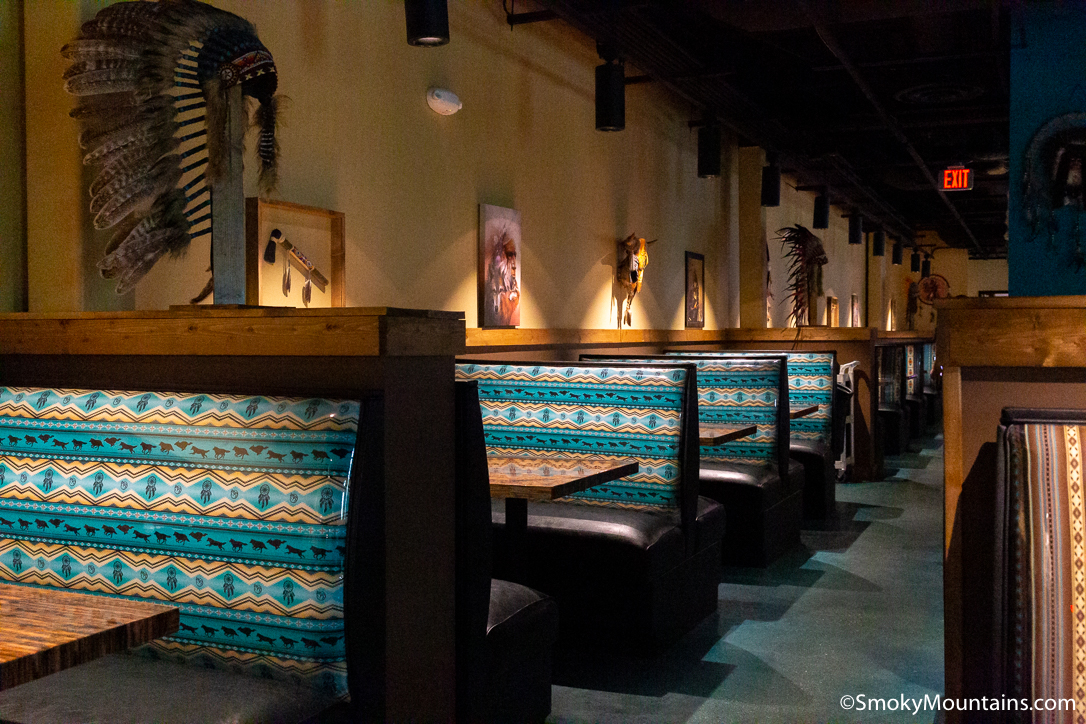 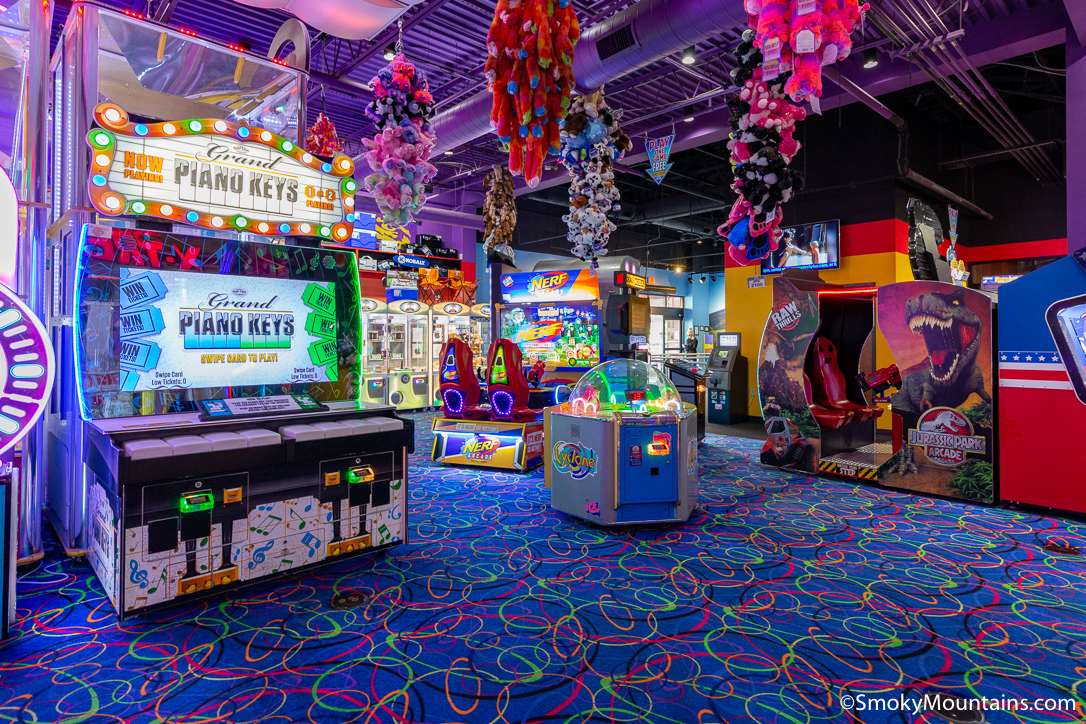 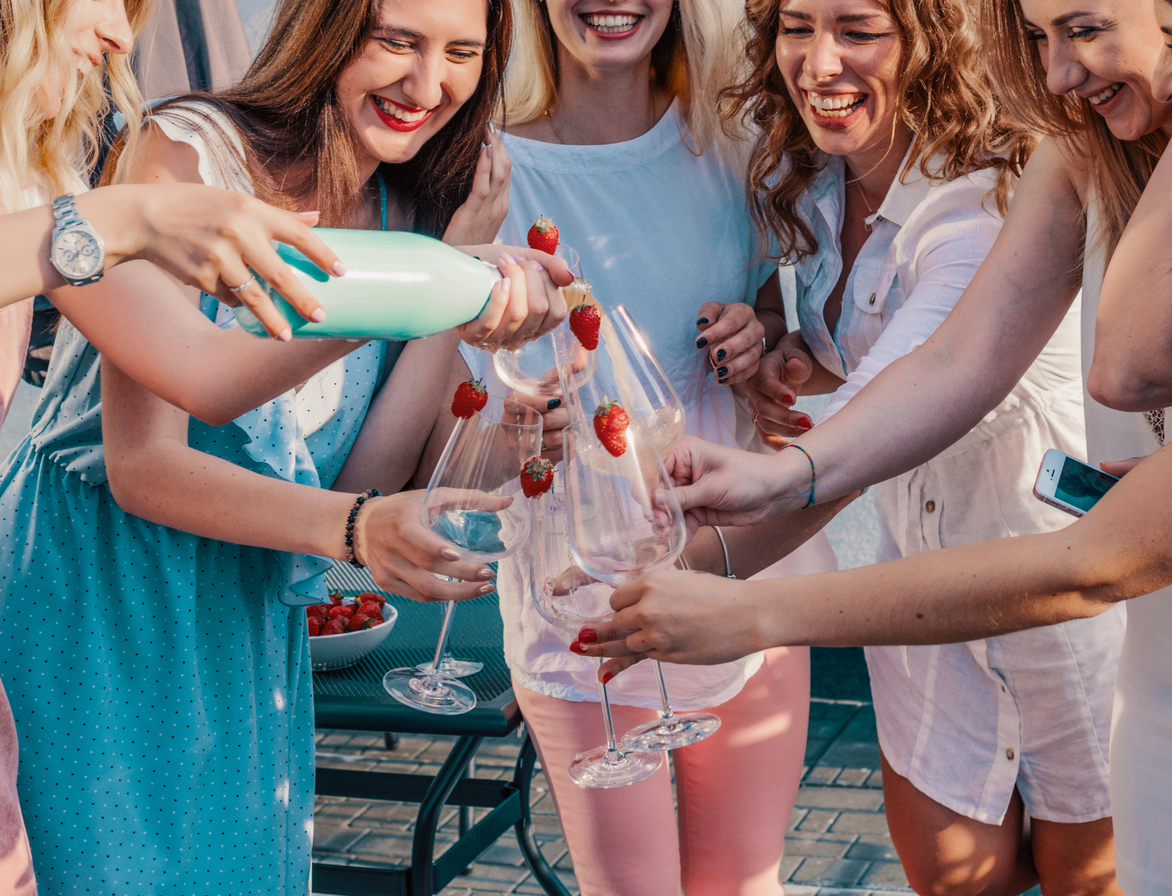