Site Navigation
#33 of 97 Pigeon Forge Things To Do

This show feature talented singers, gifted musicians, and amazing dancers that are sure to entertain you. If you are the type of person that enjoys musical tributes, this show is not to be missed.

If you’re looking for a show that really puts the spangled in star-spangled, you won’t want to miss Country Tonite Pigeon Forge! This country song and dance fest delivers so much flash and glamor that it’s hard to know where to look during the two-hour, country music extravaganza. By the intermission, my eyes were burning from bedazzle overload and processing the continual costume changes! The multi-million dollar theater itself is enough to make your head spin, too. With room for 1,500, there’s really not a bad seat to be had.

The show featured a range of country songs, from classic oldies to newer hits, as well as some bluegrass, countrified remakes of top 40 — bluegrass cover of “All the Single Ladies” comes to mind — and gospel. Then, of course, there was Bubba the Redneck Range, there ostensibly to contribute to the comic relief portion of the show…. Just keep in mind that it almost takes more talent to sing “badly.”

Country Tonite Pigeon Forge may be all about the country music, but it also features some serious dancing, from cloggin’ to the Texas two-step and even some country breakdancing, which I didn’t even know was a thing until I saw this show. You just haven’t lived until you’ve seen a guy in tight Wranglers, a fringy shirt and a cowboy hat doing a head spin in front of more than a thousand cheering fans. I can now cross “watch a country-style hip-hop dance performance” off of my bucket list.

But back to the music; Country Tonite does have some very talented musicians. From Mike, who plays the harmonica like Bill Gates plays a PC, to 12-year-old Willow the banjo prodigy, you’ll be amazed by the performers. Warning: The song “Elvira” will be stuck in your head on repeat for several days afterward.

We did get a bit hungry, but the snack bar in the lobby provided popcorn and candy and, in a smart move, the Country Tonite theater actually lets you eat in your seat!

In another helpful move, the MC — a guy named Kevin who also sings — popped up at the end of each number and told us all what an awesome performance we had just witnessed. In case we forgot, he would remind us to clap! I wanted to reassure him that, yes, we did indeed find the cast to be quite talented and that no, we would definitely not forget to applaud. He just seemed a bit stressed over the whole situation.

The show ended, just like almost every single other show in Pigeon Forge, with a tribute to veterans. Be sure you stand up and clap really vigorously for this one or MC Kevin might hunt you down! But I don’t need to remind you of that, because nothing says “thank you” to our fighting men and women quite like white bell bottoms topped with red and blue Western shirts.

Insider Tips:
To get the best seats, call or stop by the theater a few days before your desired show date. Ask them to let you know the section and row you will be seated in and ask them if there is any way to get a better seat. Since the theater oftentimes holds back some of the best seats for special occasions, make sure to tell them if you are celebrating something special.

Hollywood Wax Museum Entertainment Center
#27 of 97 Pigeon Forge Things To Do
4.5 | 821 Feet Away 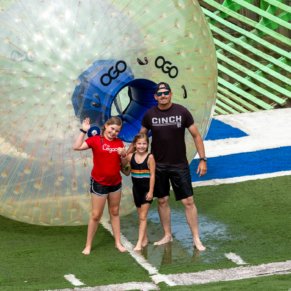 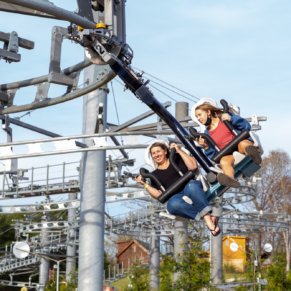