Site Navigation
#6 of 71 Pigeon Forge Things To Do

It’s fair to say that you will never see a show quite like Magic Beyond Belief with Darren Romeo. Part magic show and part musical theater, Romeo makes no apologies for marrying his two greatest talents.

The popular Darren Romeo presentation of Magic Beyond Belief is presented in the stunning 525-seat Smoky Mountain Opry Theater in Pigeon Forge. However, before Darren’s rise to local fame, Romeo studied under the tutelage of the greatest magicians of our time, Siegfried Tyrone Fishbacher and Uwe Ludwig Horn – better known as Seigfried and Roy. Under their wing, Romeo learned to turn an ordinary magic trick into an unforgettable event.

Audiences unfamiliar with Darren Romeo’s work are sometimes surprised by the huge role music plays in his show. It could be due to the fact that when he was born, Romeo’s parents named their new boy after the musician and teen idol Bobby Darin. A far more likely explanation is that years of practice taught Romeo to work an entire crowd by using the skills available to him and music is definitely one of those skills. And so, Romeo sings his heart out and sets his entire show to music. In short, Magic Beyond Belief is about being spectacular, whether the spectacle involves musical theater or sleight of hand.

The only complaints regarding his show tends to come from people who bought tickets believing that they were in for an old-fashioned magic show, like something they might have seen as a kid. What they may not realize is that Romeo studied voice through high school and later, starred in an Off-Broadway production of The Fantastics. Once he relocated to Las Vegas, the performer became a regular performer at Caesars Palace and in the process, met his mentors.

The already-famous Siegfried & Roy turned Romeo into their protégé. Once they gave him their stamp of approval, he was given a show of his own at The Mirage. It was while performing a The Mirage that the International Magicians Society presented him with the prestigious Merlin Award.

At the time, Siegfried & Roy said that Romeo brought “personality, charm, romanticism and youth to each show, combined with the most powerful universal languages, music and magic.” According to Siegfried, all Darren Romeo wanted to do was please his audience. Little seems to have changed in the intervening years as Romeo goes out of his way to leave his audiences awestruck.

This full-scale production features Darren Romeo as he sings, dances, and creates powerful illusions, like performing the Floating Light Bulb made famous by the Harry Blackstone Jr. (Romeo is the only magician ever granted permission from the Blackstone family to perform a full tribute).  Although he does offer a nod to past greats in magic, Romeo’s show is all his own. It’s a full-scale production, complete with a menagerie of “exotic animals” and mythical creatures like mermaids and unicorns. In other words, it’s fanciful from beginning to end.

While Magic Beyond Belief is promoted as appropriate for all ages, very young children may be afraid of the dark and startled by the loud noises. They may also be bored during long musical interludes. 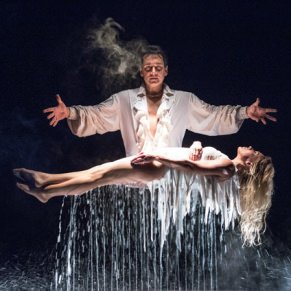 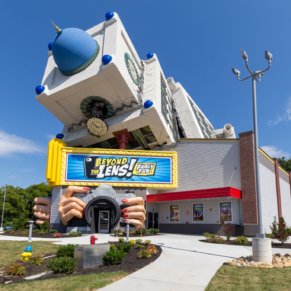 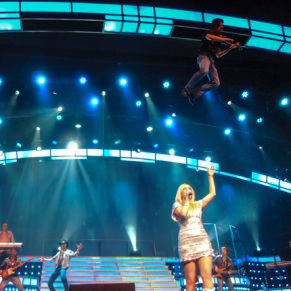 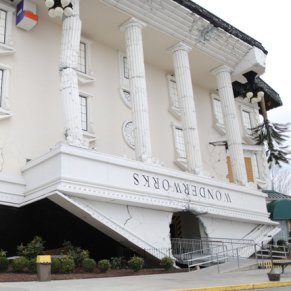 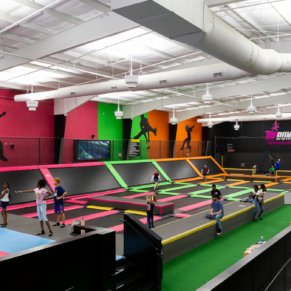 TopJump Trampoline Park
#2 of 71 Pigeon Forge Things To Do
4.5