Site Navigation
#12 of 101 Pigeon Forge Things To Do

The adventurous vibes of Pigeon Forge take on a seafaring new element with Pirates Voyage, which joins a long line of successful Dolly Parton dinner theaters. If you're craving a hearty meal and heart-racing entertainment, you're bound to enjoy yourself at this kid-friendly show.

A swashbuckling good time awaits at Pirates Voyage. This unforgettable attraction brings the excitement of the sea to the heart of the Smoky Mountains. One of many local dinner theaters owned by Dolly Parton, this piratey show captures the whimsy of Pigeon Forge’s best spectacles while also adding new elements of excitement. As a dinner show, it provides a feast for all of the senses. You’ll enjoy the acrobatics, the intricate set, and the music, of course, but also a four-course feast including several of your favorite dishes.

The process of entering and exiting the show may feel like a bit much at times; be prepared to wait around the lobby before you are herded into the theater with the rest of the audience. The wait will feel a lot shorter if you spend it with a drink in hand; both beverages and snacks are available in the lobby. Once you’re escorted in, you’ll be more than ready for the show to start. When it commences, you’ll be in awe of the talent on display. Throughout the experience, the audience and cast will come to feel like a close-knit family.

A few of our favorite activities and amenities include the following: 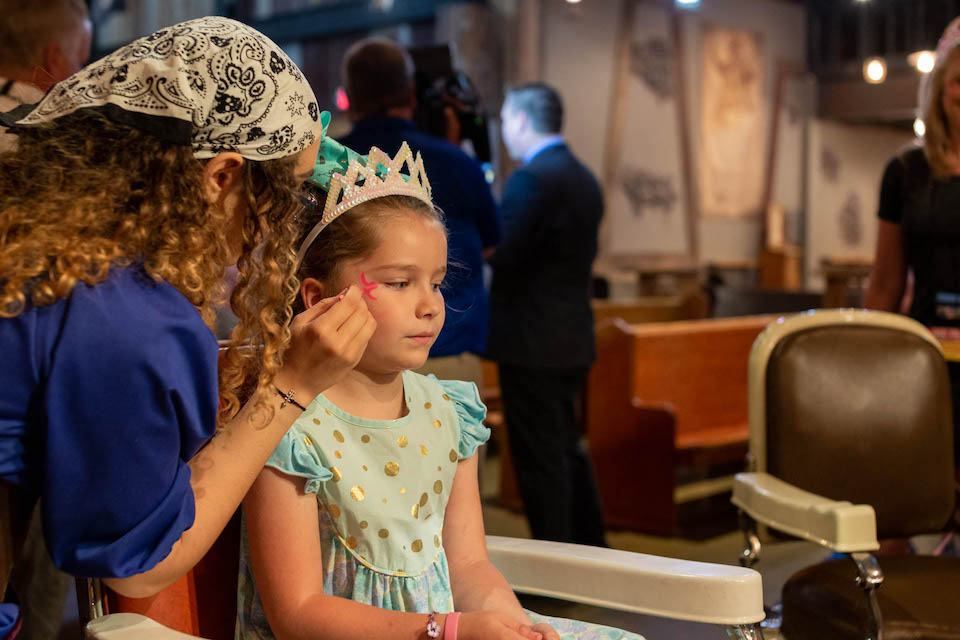 Before the big show, stop by for a pirate or a mermaid makeover. During this bonus experience, children enjoy special attention from Captain Blackbeard’s crew members, who transform young swashbucklers with the help of makeup, costumes, and props. Kids love the personal attention — and they love how their new look helps them feel immersed in the show. 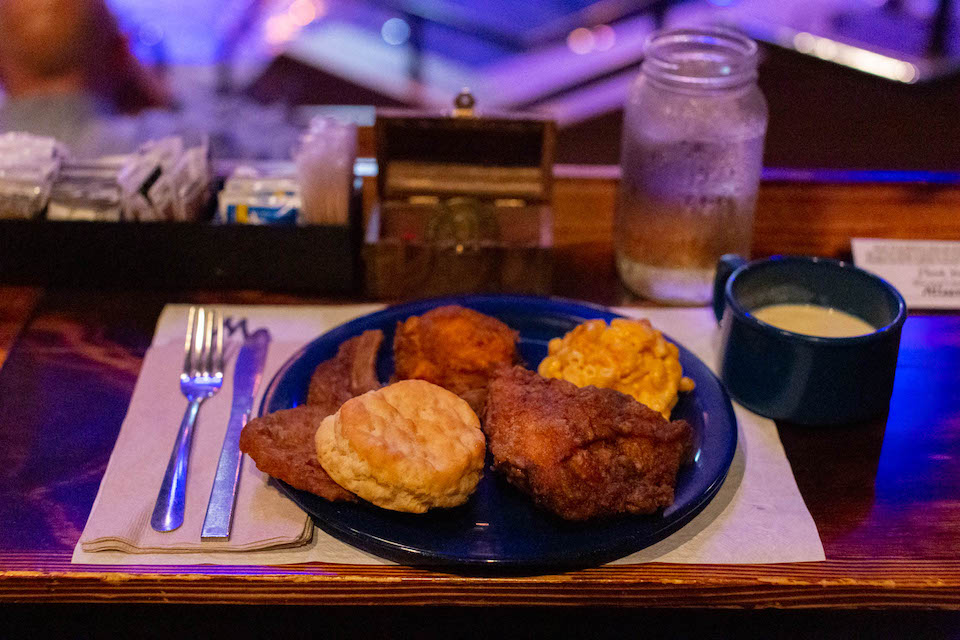 Featuring themed dishes, the Pirates Voyage feast is sure to please both adventurous and picky eaters. Arrive with a big appetite, because even ambitious eaters are quickly filled by the Sugar-Cured ham, pan-fried chicken, and herb-basted potatoes. Save room for a delectable peach turnover, which is not to be missed.

If you abide by a restricted diet, you’re in luck — Pirates Voyage offers special four-course feast menus for vegetarians and gluten-free visitors. The vegetarian feast isn’t entirely free of animal products, however, as its vegetable soup is made with chicken broth. Still, you’ll find delicious garden veggie rice, corn on the cob, and several other treats. The gluten-free menu largely resembles the standard menu, but with an added fruit cup and the option for a dinner roll instead of the standard biscuit.

Whether you opt for a vegetarian or a gluten-free menu, you’ll want to specify your preferences as you’re making your reservation. No matter your dietary limitations or preferences, you’ll enjoy unlimited refills on soda, tea, or coffee throughout your feast. 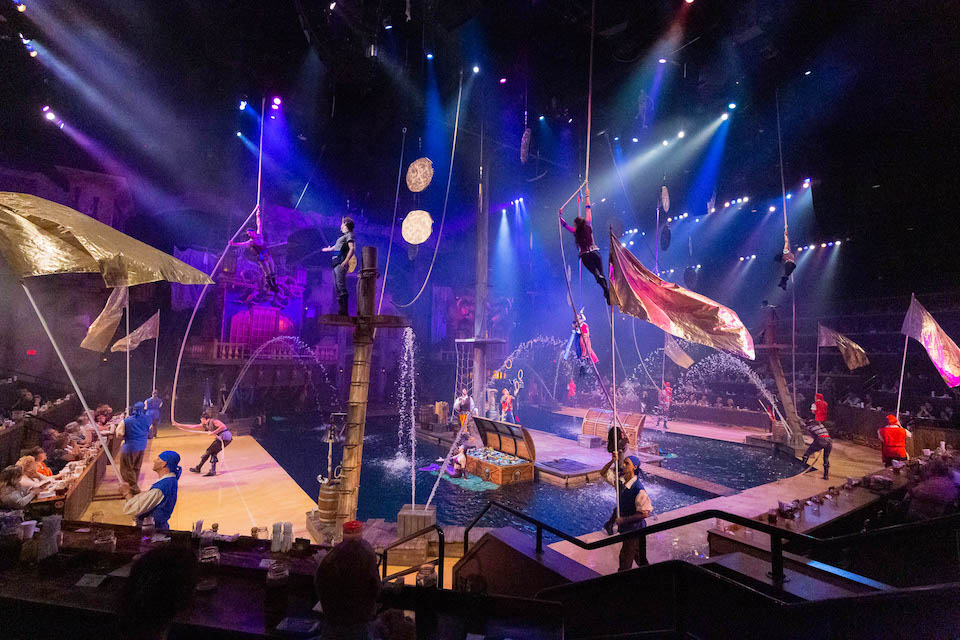 The central attraction at Pirates Voyage is definitely the live show. Yes, it’s goofy, but therein lies its appeal. Throughout the show, the cast infuses the dialogue with corny humor, which goes over especially well with young audience members. There’s more to the show than comedy, however. It’s also a visual spectacle, complete with aerial scarves, fire tricks, and even a sea lion.

While the show technically involves a storyline, you may find it difficult to follow as you take in the outlandish costumes, props, and stunts. This doesn’t necessarily detract from the show, however, as there’s more than enough to keep you and the rest of the audience engaged from beginning to end. The show also includes a touch of audience participation, which makes it that much more exciting for young viewers. The attentive cast members regularly give kids high fives and fist bumps, making them feel like they’re actually part of the production. 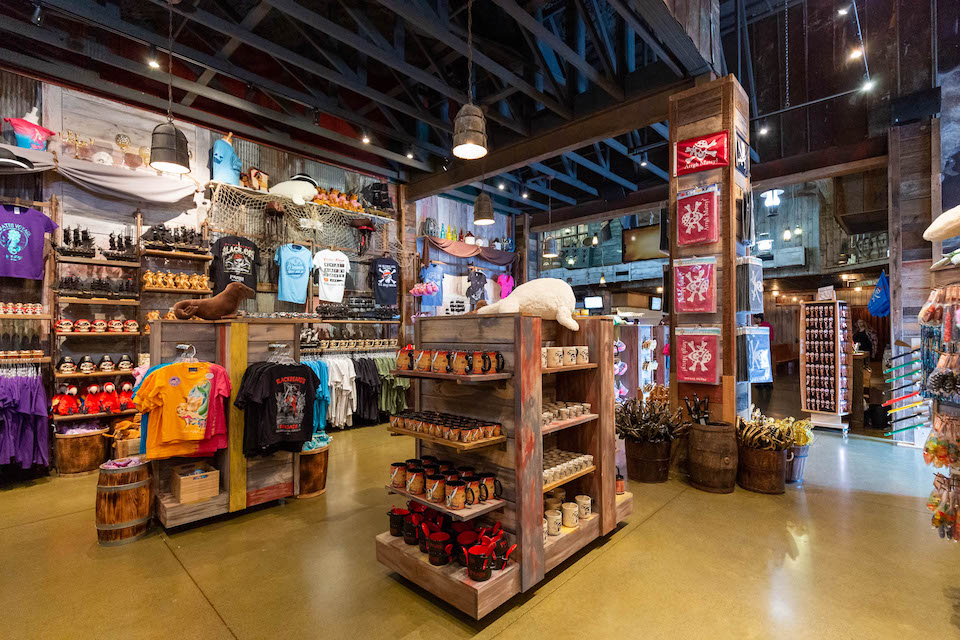 Before you end your Pirates Voyage experience, stop by Pirates Treasure for keepsakes. This specialty shop offers a wide range of gifts and souvenirs, including handcrafted pirate ships, pirate hats, ceramic mermaids, plush toys, and more.

Whether you’re hunting for hidden treasures in the store, enjoying the ultimate feast, or taking in the spectacle of a pirate-themed show, you’ll love the immersive environment of Pirates Voyage. This is a seafaring experience you won’t want to miss.

Insider Tips:
-While the show is definitely designed to keep kids entertained, it could prove problematic for young children who are easily frightened. In particular, they may be startled by occasional loud explosions.
-You’ll receive plenty of food throughout the show, but beware: it won’t all arrive at once. Rather, the show takes an incremental approach, with one item served at a time. This isn’t a problem for most viewers, however, and may actually encourage you to pace yourself and truly enjoy each aspect of the meal. 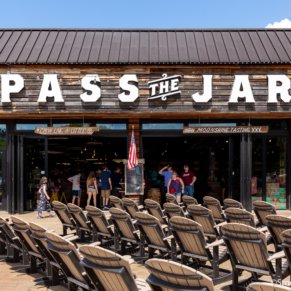 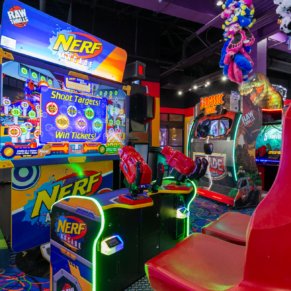 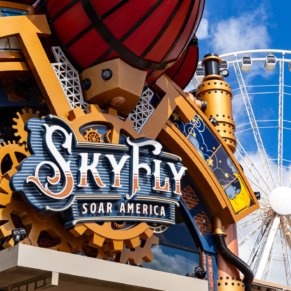 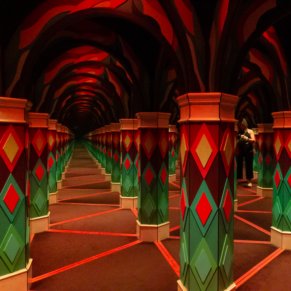