Site Navigation
#58 of 97 Pigeon Forge Things To Do

If you have a passion for lights, or even like them a little, Dollywood is the best place to go during the Christmas season!

Dollywood is primarily known as a theme park, but during the Christmas season Dollywood lights up like no one else. Housing over 4 million Christmas lights, the park is a sight to see. Dollywood has our stamp of approval, and since we’re the ultimate Christmas light fans, that’s saying something.

Dollywood goes above and beyond with their Christmas light displays. Almost all of the buildings are lit up, and we don’t just mean the outline of the roof. Entire buildings are lit up from top to bottom with beautiful colored and white lights. Some buildings have the roof outline, windows, and corners lit up; even though it isn’t the entire building that is lit, the way in which it is done is still beautiful and will have you staring.

If entire buildings being lit up isn’t enough, Dollywood has stepped it up a notch and lit up entire trees, and we do mean ENTIRE. At Dollywood, some of the trees will be completely lit up with every branch being wrapped in lights.  The tedious lighting is something to see, and will definitely give you Christmas lighting goals.

Lights are just one aspect of the Christmas season at Dollywood. Lit and decorated Christmas trees are placed all throughout the park along with other decorations like elves, snowmen, and reindeer! Just about everything in Dollywood is lit up including the bridges, some flower beds, and even the waterwheels! The natural bushes that are there year round are also lit up. There isn’t anywhere in the park where you won’t have christmas lights to look at.

The Christmas lights on Main Street made us feel like we were in a Christmas movie. With all of the shops and eateries being lit up from top to bottom, you can’t help but feel the Christmas spirit even if you would consider yourself to be a scrooge. Walking under a bridge that has all of the rafters lit up will have you feeling like you’re in a magic tunnel. Dollywood brings out the kid in everyone with their incredible Christmas display.

The lights are truly something to see. They’ll have you awestruck as you turn every corner only to see something else lit up! The light season starts on November 7th and runs through January 3rd. The only cost for Dollywood is parking and tickets. After those two initial costs, all shows and attractions are free. There is a tram that will take you to and from your parking lot to the park entrance until every car has cleared out.

Insider Tip: The lights at Dollywood are an extremely popular sight for people to view, so the park will be very busy. We recommend going early on in the season if at all possible rather than around the actual Christmas date. Arriving at the park before dark will also be helpful with parking, and it will also allow you to plan out your Christmas show schedule. 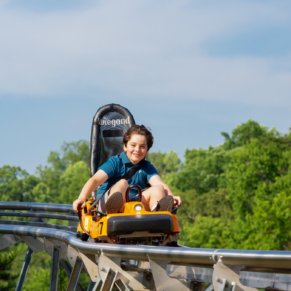 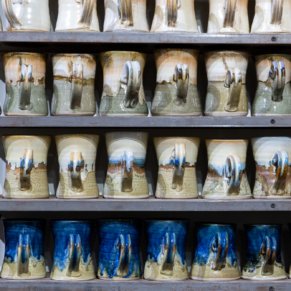 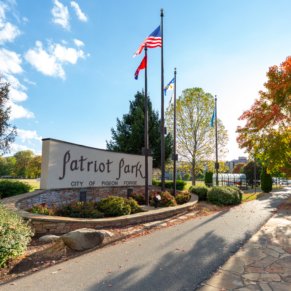 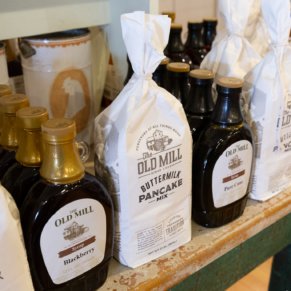