Site Navigation
#36 of 71 Gatlinburg Things To Do

If you enjoy silly and light-hearted entertainment, Sweet Fanny Adams theatre was created for you. Otherwise, save your money and skip the show.

Do you just LOVE vaudeville, slapstick and old-timey humor, all punctuated by song and dance numbers that involve a hyperbolic use of jazz hands? You do? Well, I don’t. So, when I set off for my evening at the Sweet Fanny Adams Theatre, it was with more than a bit of trepidation. After all, any show that bills itself as not only fanciful but whimsical, charming, fickle, even downright capricious (someone was getting busy with their thesaurus, if you know what I mean), has got to be filled with middle-aged men falling off of those old-timey bikes with one big huge front wheel and yukking it up a’la Laurel and Hardy style, right?

Yeah, not so much. I have to say that even my jaded self was pretty impressed by Sweet Fanny Adams. Perhaps the fact that I threw back a few cocktails before we left helped, but I actually found myself laughing so hard during some scenes that my sides literally hurt. Unlike some other shows in the area that take themselves way too seriously this show is all about the improv and just getting a laugh.

I do have to warn you about one thing, though: If you sit in the front couple rows or, even worse, near the aisles, you will be called out and expected to participate. You can try to squirm down in your seat but, unfortunately, the theater is pretty tiny so the performers will sense your fear, sniff you out and proceed to get a laugh at your expense. Luckily, the humor isn’t mean-spirited; if you don’t embarrass easily, you’ll be just fine.

In fact, the audience participation turned out to be one of the best parts of the show. At first I was like, sing-along? Nuh-uh. Not gonna happen. If I wanted to hear myself sing, I’d just rent “Purple Rain.” Again. But the cast at Sweet Fanny Adams Theatre just seems like they’re enjoying themselves so much, that it’s basically impossible to resist the urge to join in the fun.

Expect to wait in long lines for the restroom, though, as the historical theater is, well, historical, which translates into old and small with tiny bathrooms. Oh, and bring a few bucks ($5 to $10 should be enough) for the snack bar, where you can pick up candy bars, soda and popcorn during the intermission. You’ll need the extra energy for when you get called up on stage to make a fool of yourself!

Insider Tips:
Bring some cash for the snack bar – they serve the world’s best popcorn.

Directions:
The Sweet Fanny Adams Theatre is located at Traffic Light #3 on the main Parkway in Gatlinburg, TN. 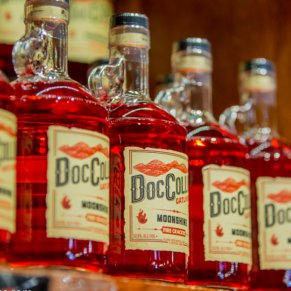 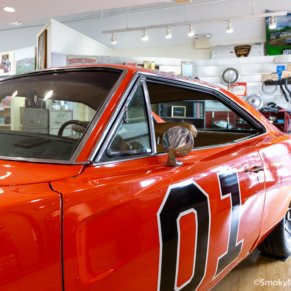 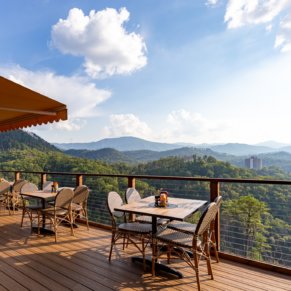 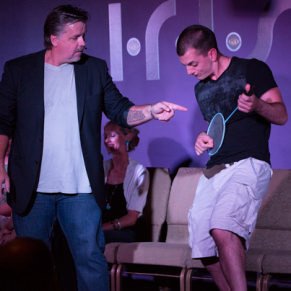 Guy Michaels Comedy Hypnosis Show
#29 of 71 Gatlinburg Things To Do
4.0 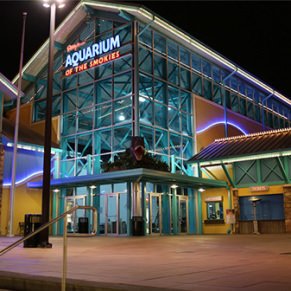 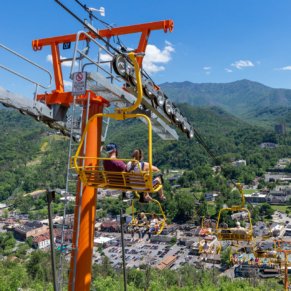