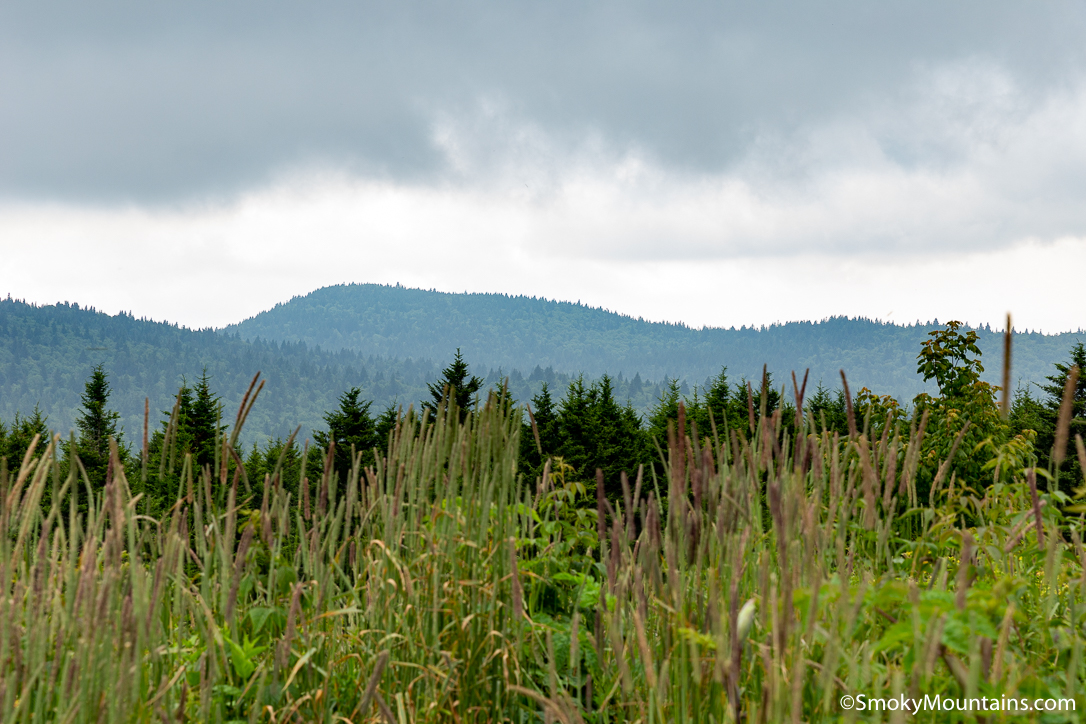 Nestled amid the highest peaks in the eastern U.S., Asheville, North Carolina definitely isn’t hurting for spectacular viewpoints—that’s putting it mildly! The following eight vantage points are some of the very best, serving up bird’s-eye prospects that stretch for miles and show off the endless ridges, deep valleys, and dramatic summits that make Asheville’s big backyard so epically beautiful. 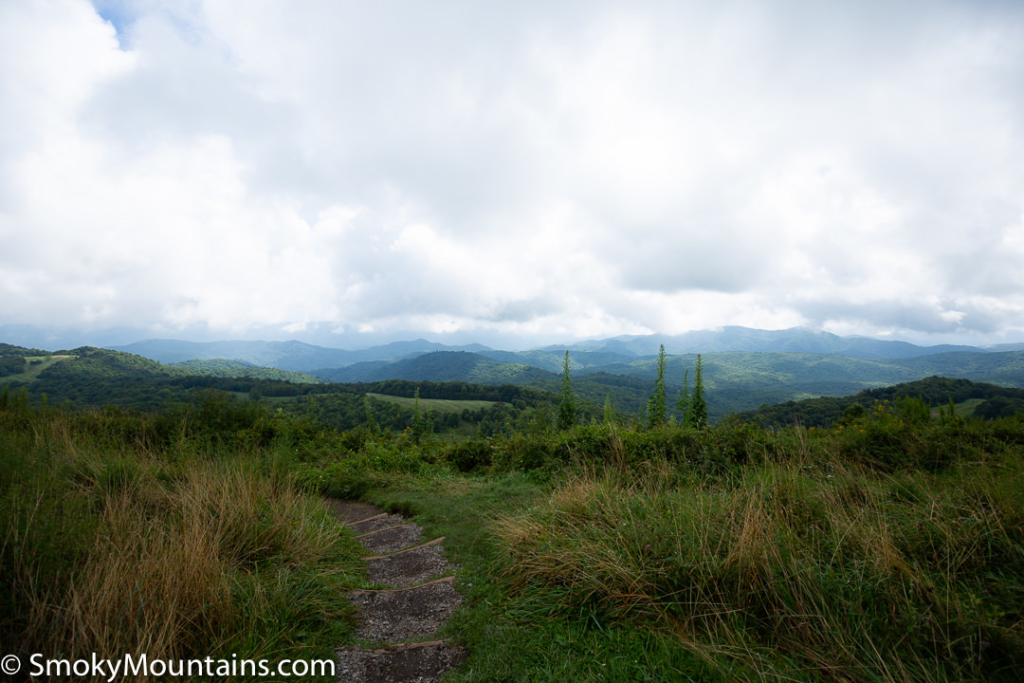 The grass bald atop 4,600-foot Max Patch Mountain, which many locals just call “the Patch,” is one of the most iconic landmarks of the entire Appalachian Trail given the spectacular view this wide-open height in the Bald Mountains affords. Reachable via a brisk but brief half-mile climb, Max Patch delivers unforgettable looks at the Great Smokies, the Black Mountains, the Great Craggy Mountains, the Great Balsams, the Roan Highlands of the Unakas, and other grand Southern Appalachian ranges—plus some unbelievable sunsets. 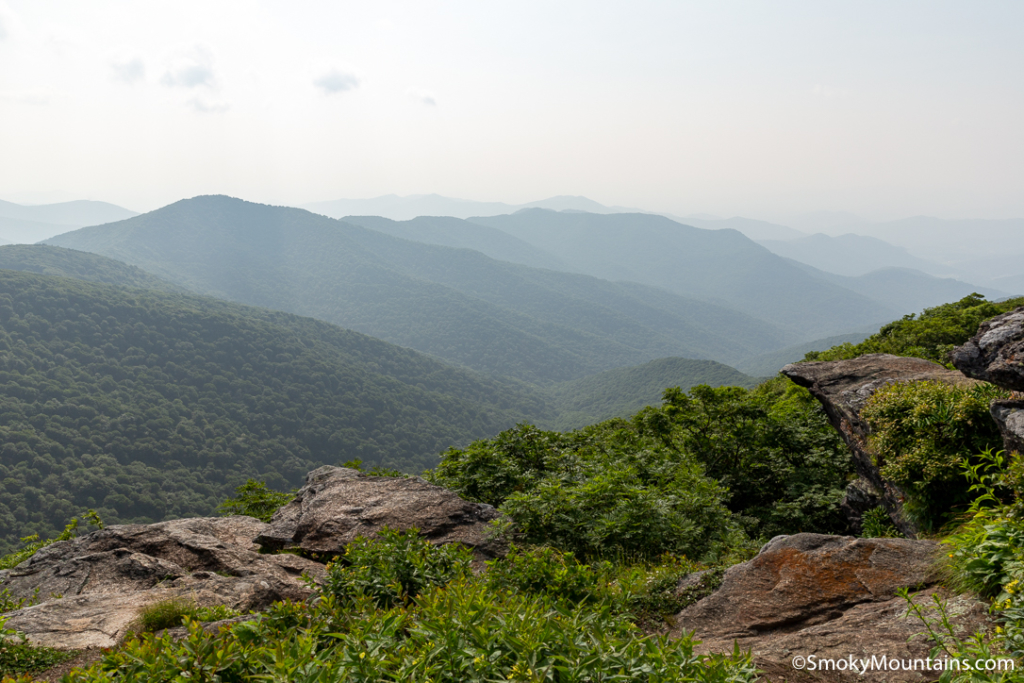 Less than 30 miles to the northeast of Asheville, reachable via Craggy Gardens along the Blue Ridge Parkway, Craggy Pinnacle’s roughly 5,820-foot summit—one of the higher peaks in the Great Craggies—delivers panoramic views of the highest caliber. It’s only a little more than a mile round-trip to the bald crown, the trail passing through a marvelous wind- and ice-sculpted wood of sweet birch, mountain-ash, buckeye, and other stunted and contorted broadleafs, plus thickets of rhododendron and blueberry. In late spring and early summer, the Catawba “rhodies” here put on an incredible flower display.

From the overlook atop Craggy Pinnacle, the 360-degree sightlines include the Black Mountains to the east, the Roan Highlands to the northeast, the Great Smokies westward, and Mount Pisgah and the Great Balsams to the southwest—plus distant Sassafras Mountain, the 3,554-foot high point of South Carolina.

Both sunrises and sunsets here are mesmerizing. Just remember to stick to the trail and the summit overlook: Craggy Pinnacle supports one of the most notable densities of rare plants in the Southern Appalachians, and this precious vegetation is easily damaged by foot traffic.

The second-highest peak in the Great Balsam Mountains, one of the mightiest ranges in the Appalachians, 6,214-foot Black Balsam Knob is another showstopper of a vantage. Like Craggy Pinnacle, it’s just a short trek off the Blue Ridge Parkway near Asheville: a 1.4-mile round-trip out-and-back along the Art Loeb Trail with a heck of a bang for your hiking buck. The views of the Black Mountains, the Great Smokies, the Roan Highlands, and the rest of the whole sea-of-mountains panorama are ace—not least when the slopes are ablaze with autumn color. This is another good trail for eyeballing up-close the late-spring/early-summer rhododendron blooms the Southern Appalachians are famous for, and meanwhile later in the summer you may find a bounty of ripe blueberries to snack on.

A stone’s throw from Black Balsam Knob, Devil’s Courthouse along the Pisgah Ledge presents one of the more dramatic mountain visages along the Blue Ridge Parkway. The great cliff face is imposing, no question—and all the more so when you consider the legend that the Devil hangs out in a cave below. Superstitions aside, this is an awesome 5,750-foot landmark with great views from the overlook along the Blue Ridge Parkway and even better ones from the summit. Besides looming nearby peaks and long sightlines down the sunrise and sunset alleys, the Devil’s Courthouse frequently offers glimpses of soaring raptors and ravens taking advantage of this high country’s thermals and breezes.

This vantage serves up probably the best-known view of one of the Southeast’s absolutely knockout landforms: the plunging Linville Gorge slicing through the Blue Ridge highlands, the “Grand Canyon” of Asheville’s hinterland. Wiseman’s View juts out from the flanks of Linville Mountain on the west wall of the Gorge, overlooking the great forested chasm and serving up classic views of some of the rugged peaks along the eastern rim, most notably Hawksbill Mountain and Table Rock. Afternoon and evening are the all-around best times to take in Wiseman’s View, given the warm light firing up those craggy monuments across the abyss. 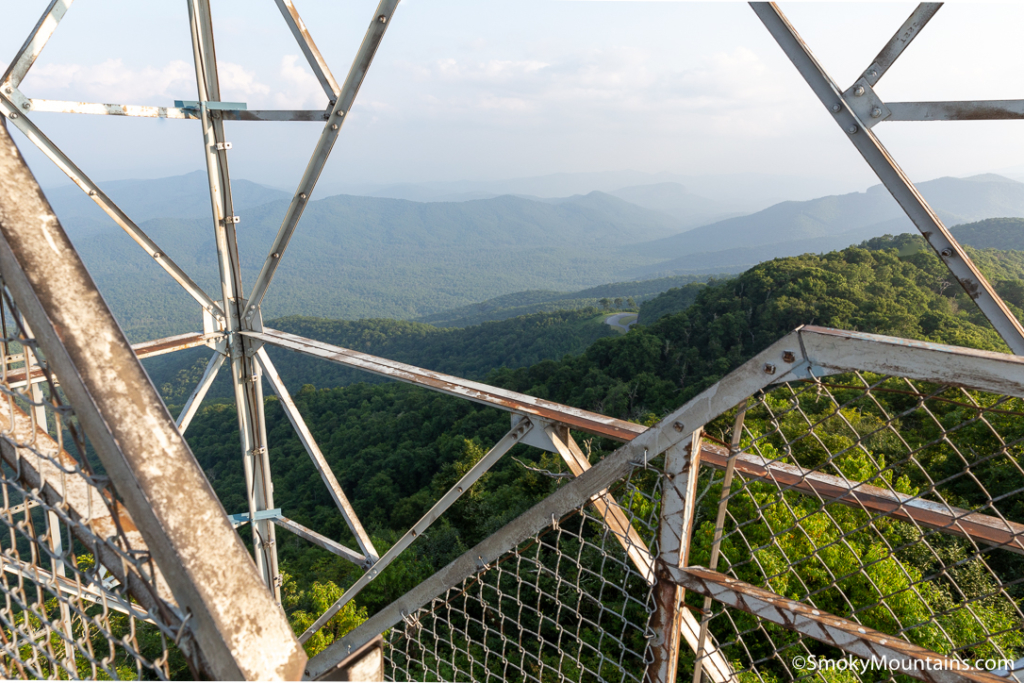 A hop, skip, and a jump from Asheville stands the tallest fire tower in western North Carolina: the 70-foot lookout atop 5,340-foot Fryingpan Mountain, which lies along the Pisgah Ridge. An easy hike—1.5 miles there and back—brings you to this topnotch viewpoint: another one of those major scenic payoffs for not much investment of time and effort. Unless you’ve got a major fear of heights, you should be just fine scaling the tower, the top landing of which below the lookout quarters is open to the public. Fryingpan Mountain’s sightlines soar past 60 miles in clear conditions: Soak up views of Looking Glass and Cold mountains, Black Balsam Knob, even Mount Mitchell to the far northeast. This is another absolutely outstanding sunrise and sunset spot!

The long massif of Roan Mountain marks the pinnacle of the Roan Highlands, themselves the highest country of the Unaka Range. The Roan Highlands are famed for containing the most extensive grass balds in the Southern Appalachians, and the hike to Grassy Ridge Bald—one of several subpeaks along Roan Mountain’s crest—lets you glory in their broad, sunny, top-of-the-world spaces. Heading east from Carvers Gap along the Appalachian Trail, you’ll pass through Round Bald and Jane Bald—host to their own incredible views—before ascending to the 6,184-foot crown of Grassy Ridge Bald: one of the literal and figurative highpoints of the A.T. The panorama includes the noble, gnarled profile of Grandfather Mountain along the Blue Ridge to the east, plus Mount Mitchell—king of the Black Mountains and highest U.S. peak east of the Mississippi—to the south. You can also sight westward down Roan Mountain’s backbone to its loftiest subpeak: 6,285-foot Roan High Knob, the ultimate crown of the Unakas. 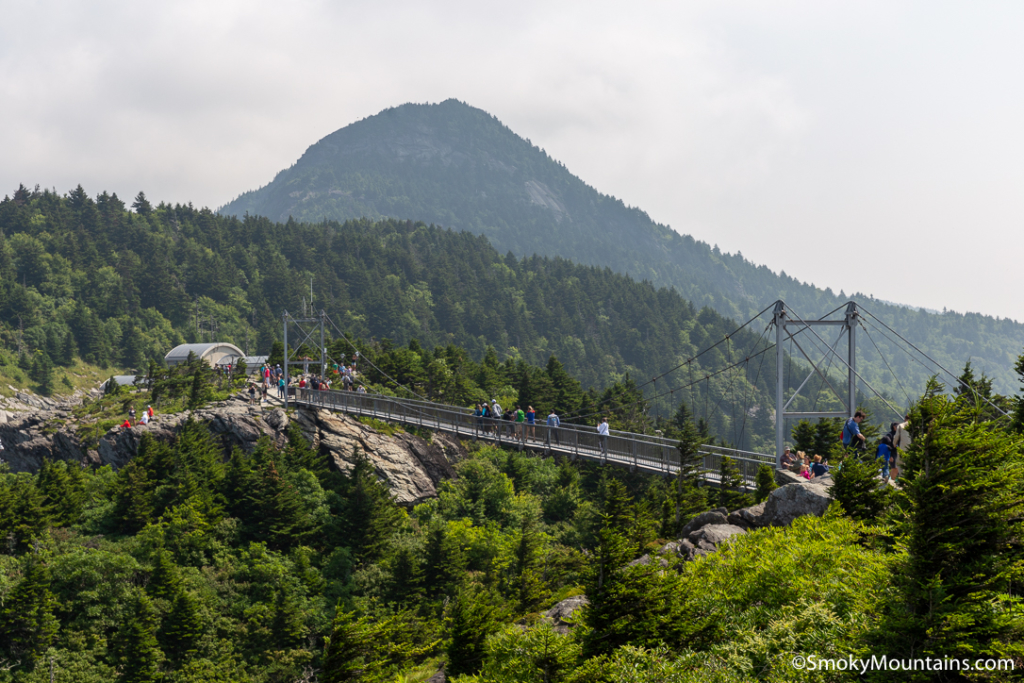 Speaking of Grandfather Mountain, the overlooks from the bold outcrops of Rough Ridge on that great massif’s southern flanks deliver their own eye-popping views. Easily reached by a climb to the Tanawha Trail from the Rough Ridge parking area on the Blue Ridge Parkway, the vantages—attained partly with the aid of stairs and cables—give you a great look at the 5,964-foot apex of Grandfather Mountain, Calloway Peak, plus the Parkway’s famous Linn Cove Viaduct. You can also see to the rimming peaks of the Linville Gorge and deep out into the lowlands of the Piedmont. Rough Ridge is definitely one of the top spots in Asheville’s vicinity for a survey of fall colors! 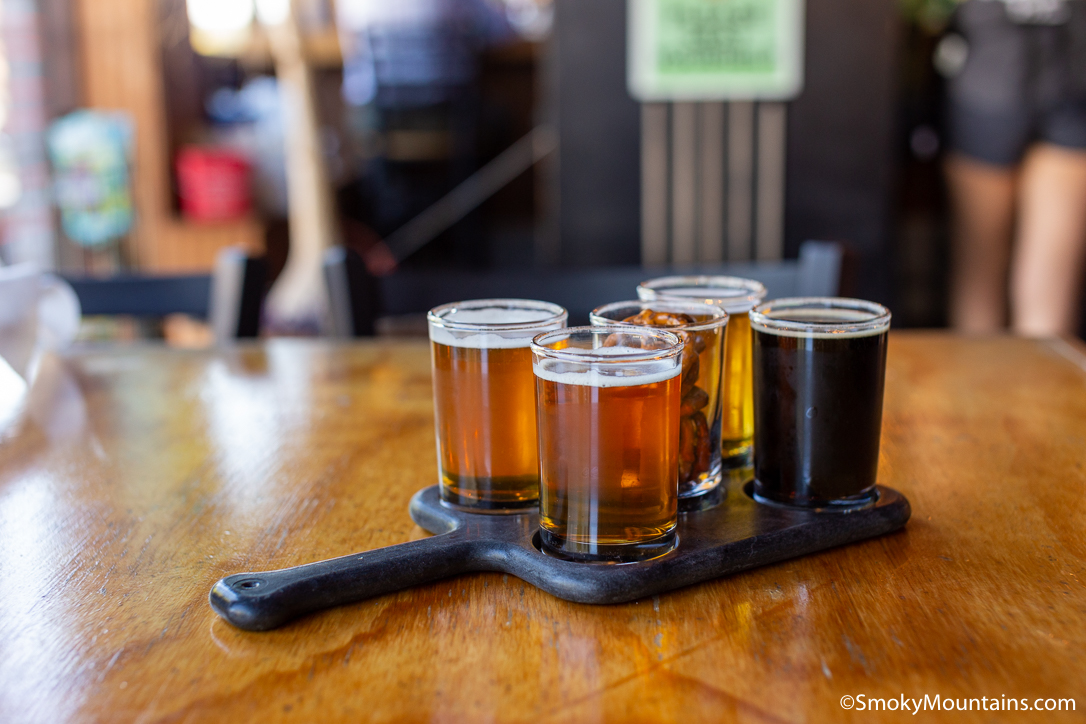 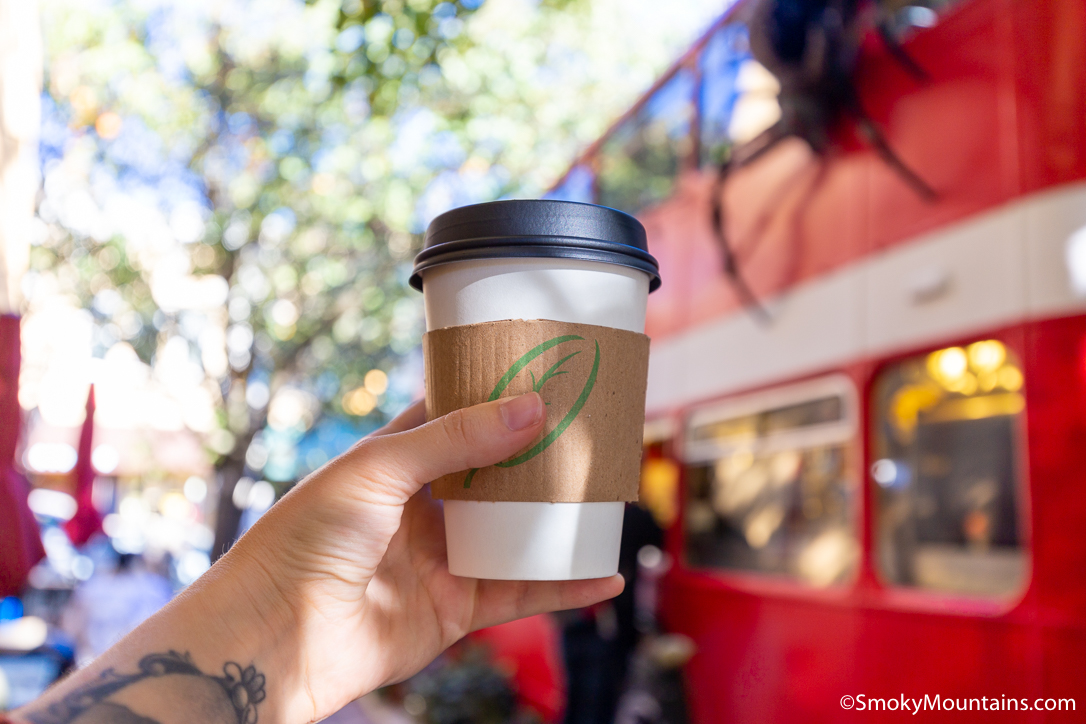 Asheville Blog
Exploring Asheville Solo: Everything You Need to Know
By Vicky Reddish on May 14th, 2021 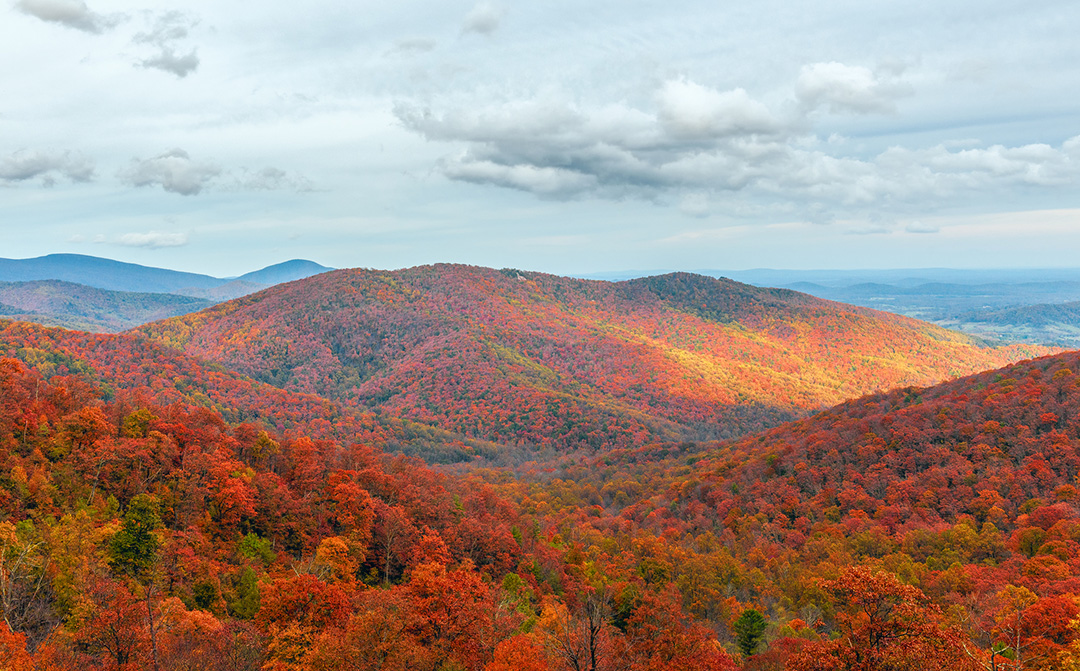 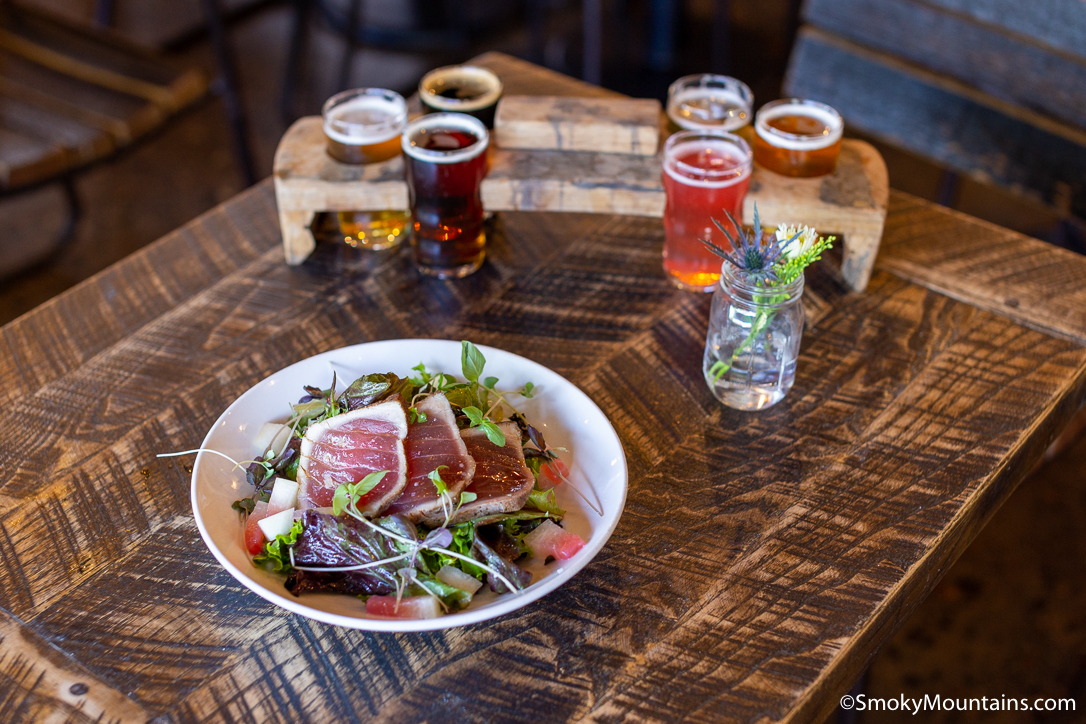 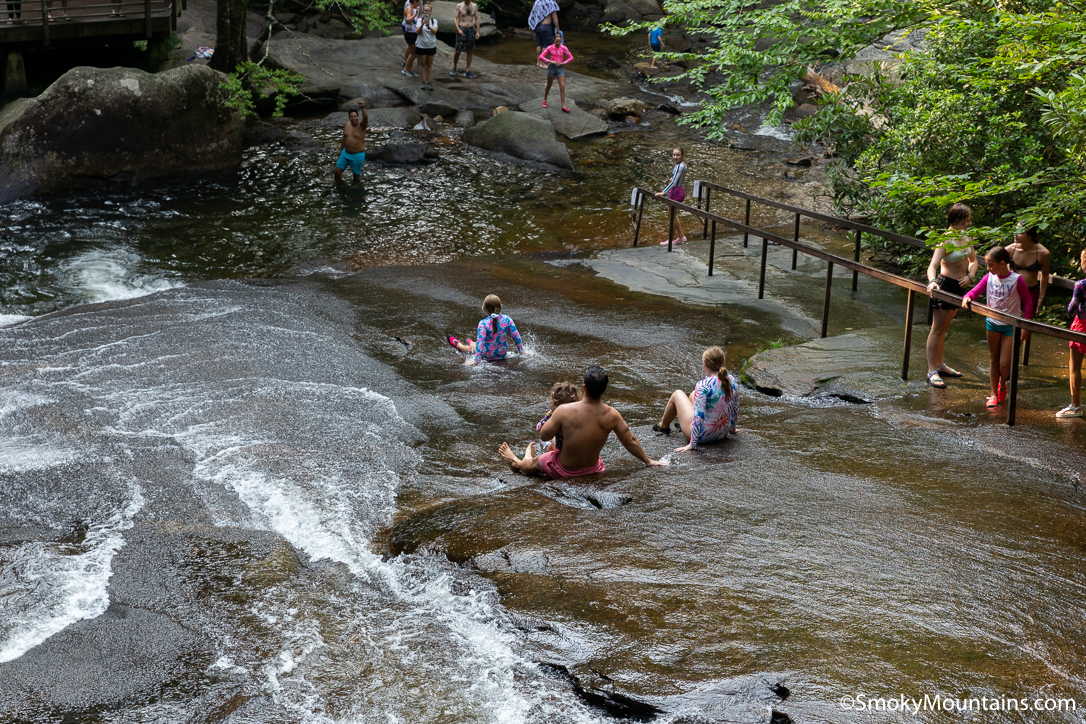