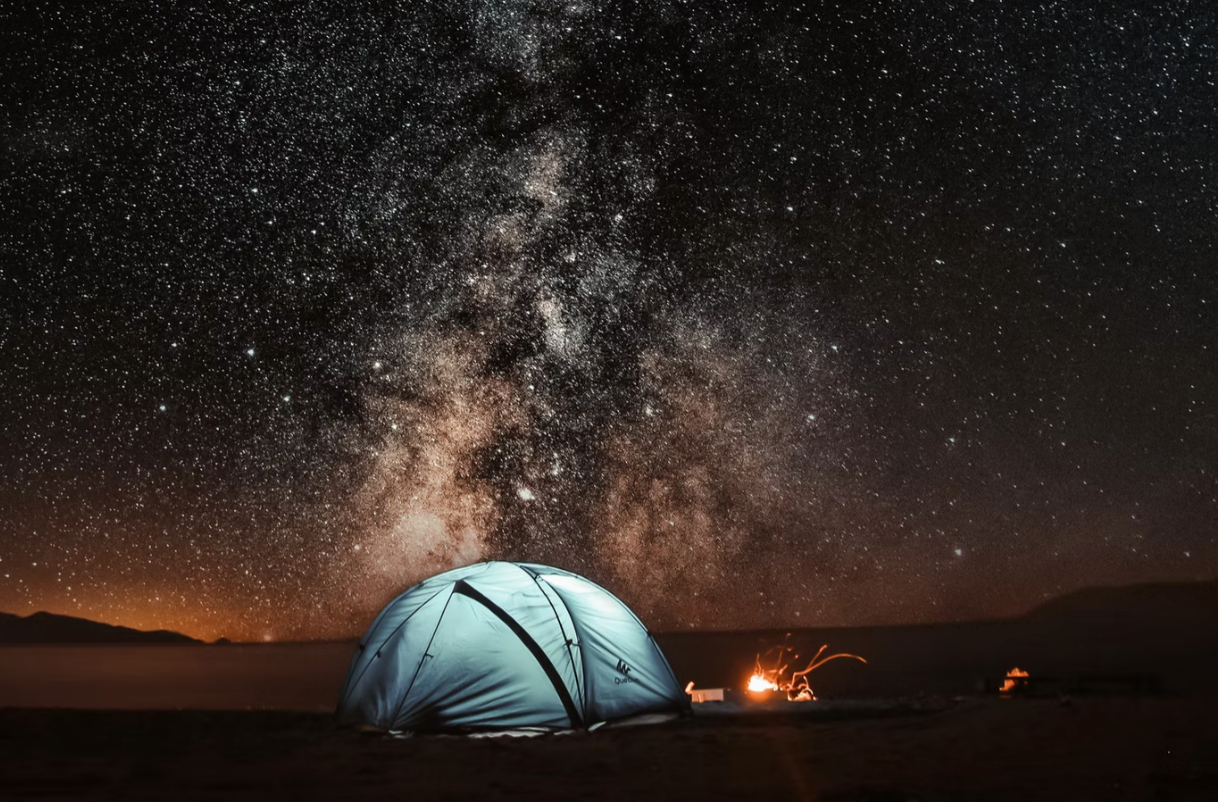 Fine as day-tripping can be in Great Smoky Mountains National Park, there’s really nothing like spending a night—or a week—camped out in its splendor. This most-visited national park in the country definitely rewards those visitors who take at least a few days to explore its wonders, and without question one of the best ways to do so is by pitching a tent or bedding down in an RV.

Here we’re going to spell out the basics of camping in Great Smoky Mountains National Park, from the road-accessible “front country” to the far-flung backcountry: all of it very much amazing!

Roughly speaking, camping in Great Smoky Mountains National Park is either of the front-country or the backcountry variety. That is, you’ll either be bedding down in a road-accessible campsite or one you can only reach by foot. Backcountry camping takes a bit more preparation and wilderness savvy; backpackers need to bring extra clothing, food, water, emergency fire-starting essentials, a map, compass, and a first-aid kit to cover their bases—not that those items aren’t also useful to a car camper. 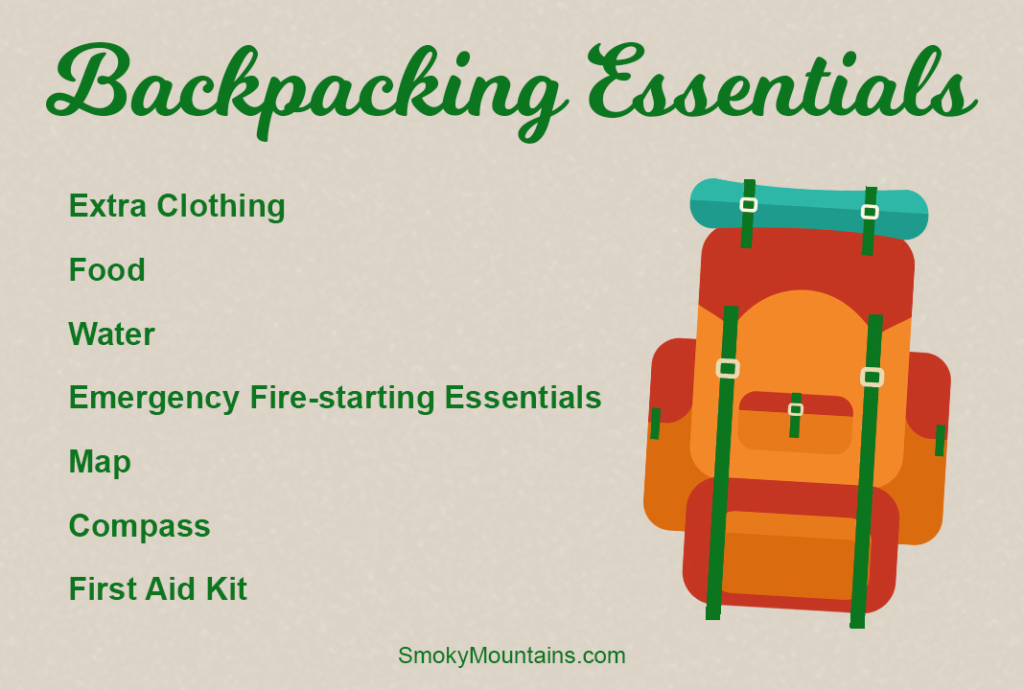 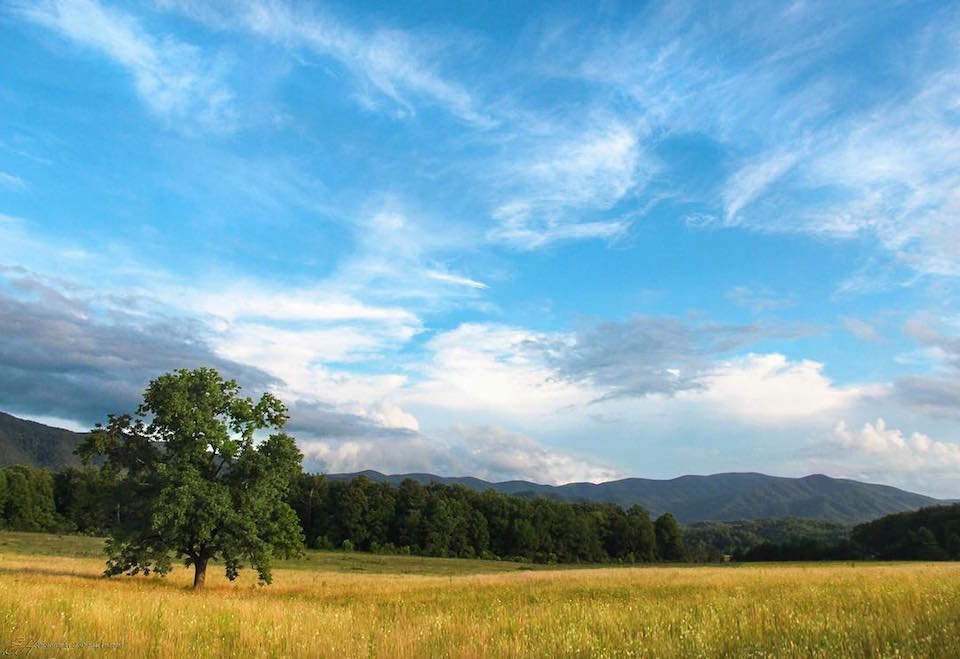 Most of these campgrounds are open spring through fall, but Cades Cove and Smokemont have sites available year-round, offering welcome opportunities for winter car campers.

These developed, vehicle-accessible campgrounds all have restrooms with running water and flush toilets, and the campsites include fire grates and picnic tables. There aren’t any showers here, though, and no electrical or water hookups.

Two vehicles are allowed per campsite, with one RV or one trailer permitted at an RV site. No more than six people can camp at a given site, which can accommodate no more than two tents. (You can, by the way, set up a hammock at one of these campsites as long as it’s within the site’s footprint.)

You can camp in a single site up to 14 nights per single visit; you’re limited to 60 days of camping in the park per year.

Remember to be respectful of your fellow campers in the Great Smoky Mountains National Park’s campgrounds: Quiet hours run from 10 PM to 6 AM, and generators are discouraged between 8 PM and 8 AM.

Seven of Great Smoky Mountains National Park’s front-country campgrounds include group campgrounds: Big Creek, Cades Cove, Cataloochee, Cosby, Deep Creek, Elkmont, and Smokemont. These are available for parties of seven or more and offer a great option for, say, family reunions or getaways with a bunch of buddies. 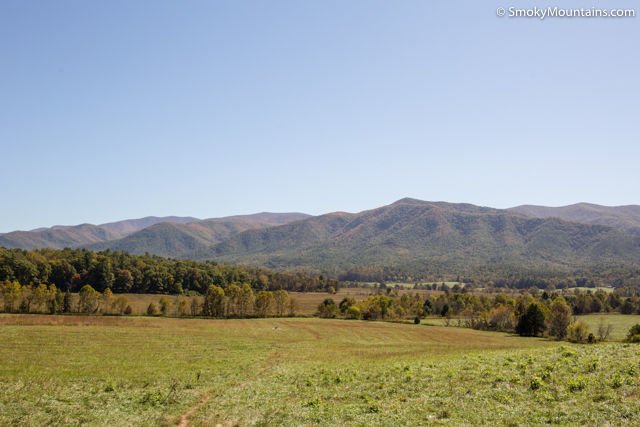 The vast mileage of trails and deep backcountry of Great Smoky Mountains National Park translate to some of the best equestrian opportunities in the East. There are five specially designated horse camps reachable by vehicle in the park: Anthony Creek, Big Creek, Cataloochee, Round Bottom, and Tow String. These camps all boast fire rings, picnic tables, tent pads, and waste containers; the only one with drinking water and flush toilets is Big Creek. The others lack water and either offer vault toilets (Anthony Creek and Cataloochee) or portable facilities (Round Bottom and Tow String). 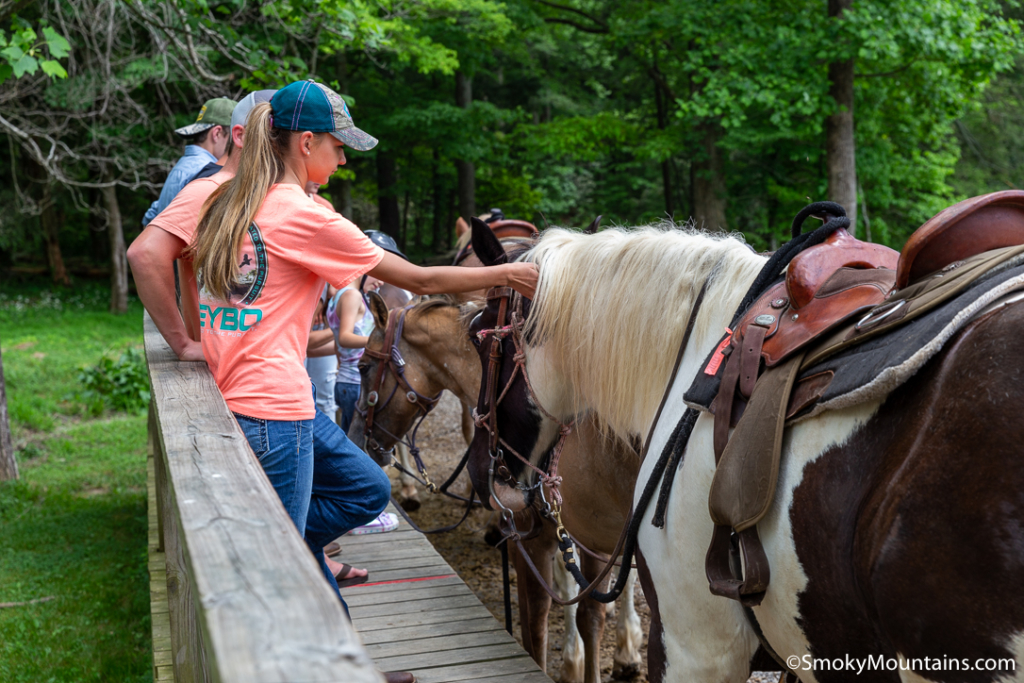 The Great Smoky Mountains National Park’s horse camps are open from April through early November, except for Cataloochee, which doesn’t open until June 11th.

Much of Great Smoky Mountains National Park awaits beyond the paved road, and while you can see a great deal of the backcountry on day hikes, the deepest explorations await the backpacker: those who tote everything they need on their shoulders and bed down in the heart of this magnificent Blue Ridge wilderness. You need reservations and permits to backpack in the park: The park requires that backpackers only camp in designated backcountry campsites or shelters—you can’t just set up shop anywhere in the backwoods.

You’re limited to three consecutive nights at a backcountry campsite, save for site No. 113, where you’re allowed only one night; the same one-night limit goes for the backcountry shelters in the park. No more than eight backpackers can camp at a given site. 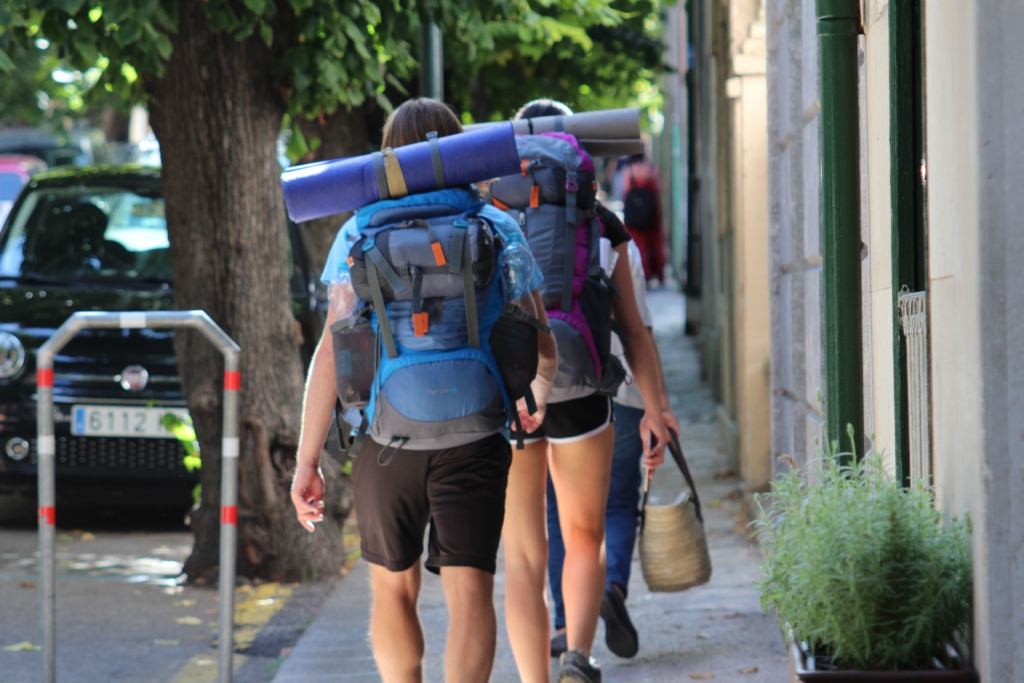 The Leave-No-Trace approach is essential when it comes to backpacking in Great Smoky Mountains National Park: That’s how this international treasure of a landscape is preserved for future generations—not to mention its wild inhabitants. Be sure to follow all rules and regulations concerning backcountry camping, and generally try to lighten your impact on the ecosystem.

Backcountry reservations in Great Smoky Mountains National Park cost $4 per person per night, with a cap of $20 per backpacker; backpacking permits are valid for seven nights.

The Great Smokies are famous for their healthy population of black bears, a sighting of which is high on the list of many visitors. Campers need to take special care to avoid attracting these marvelous critters to their campsites, as bears accustomed to handouts or scavenged food or garbage may end up needing to be removed—possibly even injuring other park visitors. 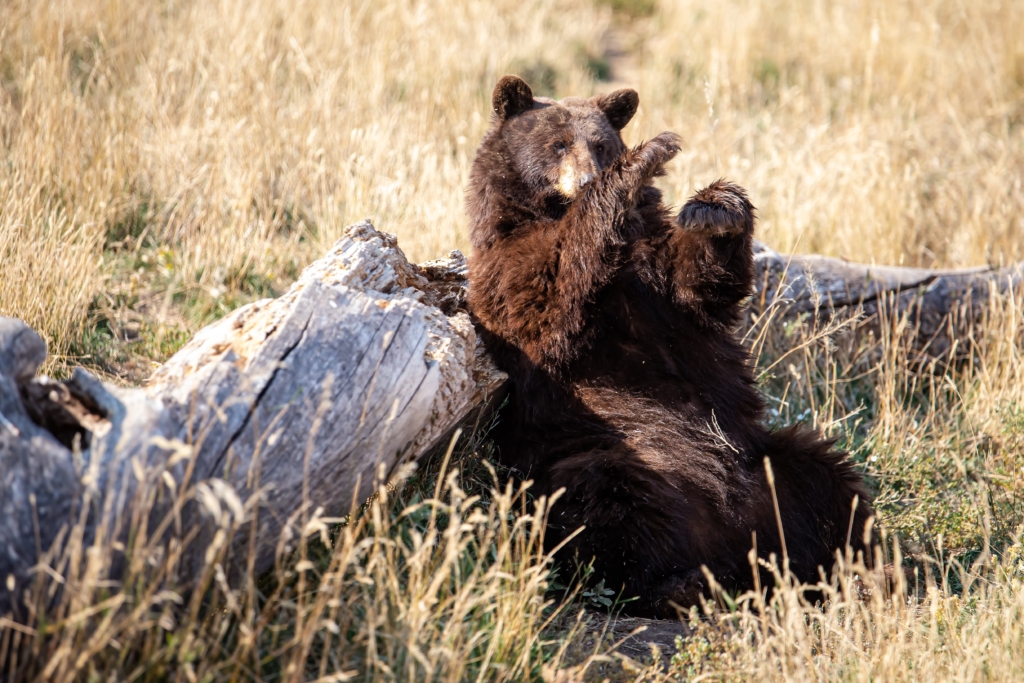 Maintain a clean camp and keep food, garbage, and toiletries secured in a vehicle, a food locker (available at the Balsam Mountain, Big Creek, Cades Cove, Cataloochee, Cosby, Deep Creek, Elkmont, and Smokemont campgrounds), or with the food-storage cables equipped at backcountry campsites. 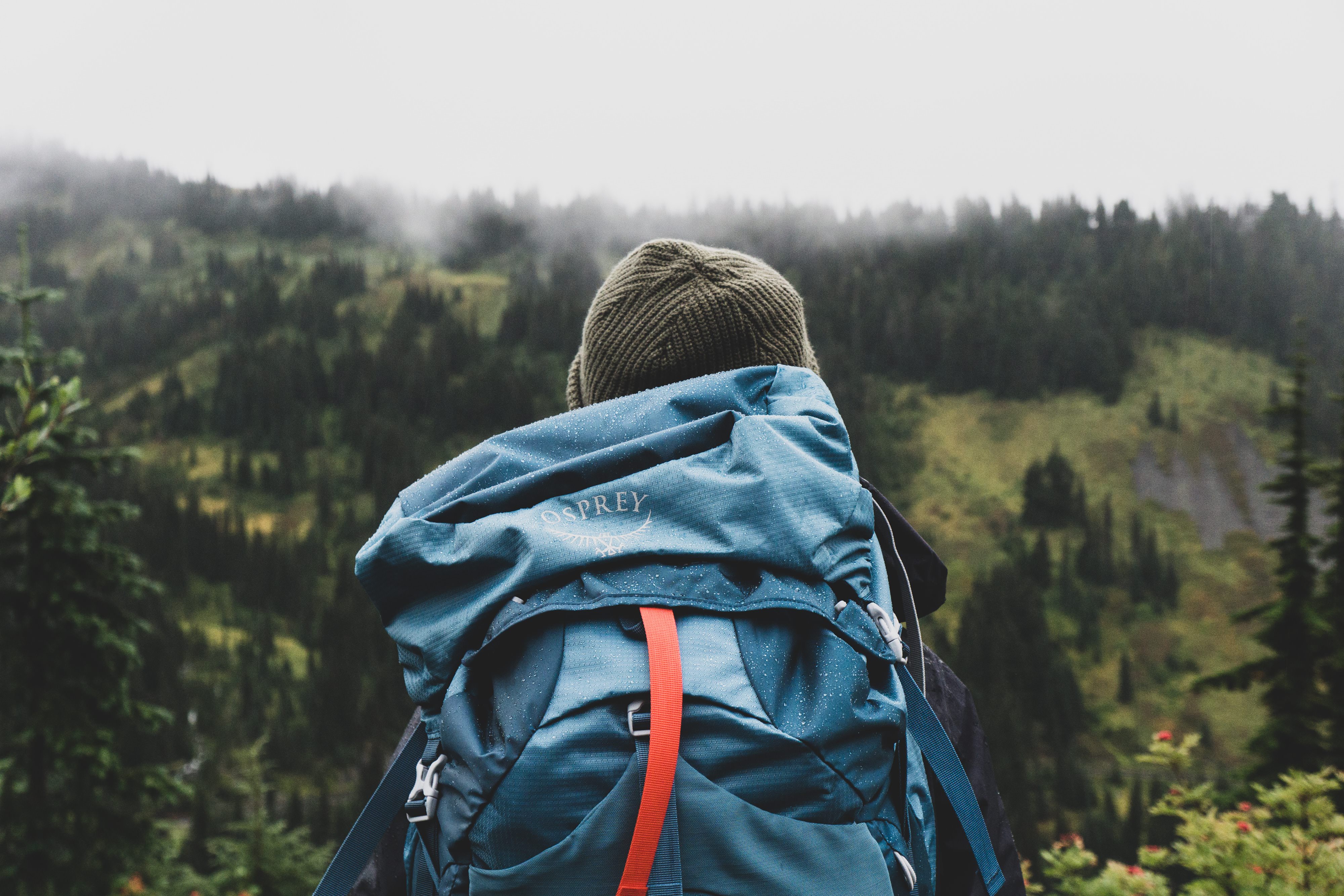 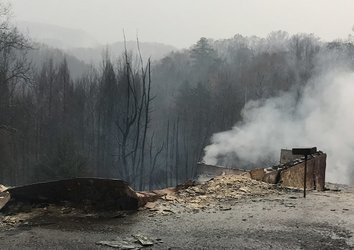 National Park Blog
How Can I Help Gatlinburg & The Smoky Mountains Recover From The Wildfire?
By David Angotti on December 3rd, 2016