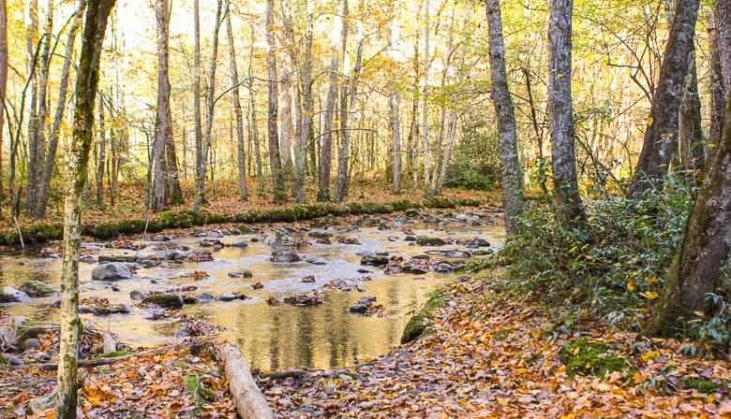 Great Smoky Mountains National Park may be the most popular in the United States, host to millions of visitors a year. That doesn’t mean, however, that the place is everywhere jampacked—not by a long shot! The Great Smokies harbor vast swaths of quiet backcountry and long miles of more out-of-the-way or just lower-profile trails that see comparatively few hikers.

Here’s a look at five of those quieter hikes, which have plenty to recommend themselves in the scenery, ecology, and/or history departments, but are also worth tackling for a taste of Smoky Mountain solitude alone!

The 60-foot fire tower atop 5,842-foot Mount Sterling is one of the hidden gems of the Great Smokies, tucked in the far northeastern corner of the national park. It’s said this structure, no longer staffed, is the highest-situated fire lookout tower in the eastern U.S., and it certainly delivers some amazing views. The shortest way to get there is from Mount Sterling Gap to the east, a roughly 5.5-mile round-trip climb with close to 2,000 feet of elevation gain. The vistas from the Mount Sterling summit include such important landmarks as Mount Guyot (the second-highest peak in the Great Smokies), Mount Cammerer (with its own fire tower), and Max Patch (a famous bald along the Appalachian Trail offering its own eye-popping views).

You can also reach the summit from the Big Creek Campground to the north and from the Cataloochee area to the south. The Mount Sterling Ridge Trail, which extends from the peak to the southwest and overlaps with the long-distance Benton MacKaye Trail, offers another great choice for a quiet, high-elevation ramble. 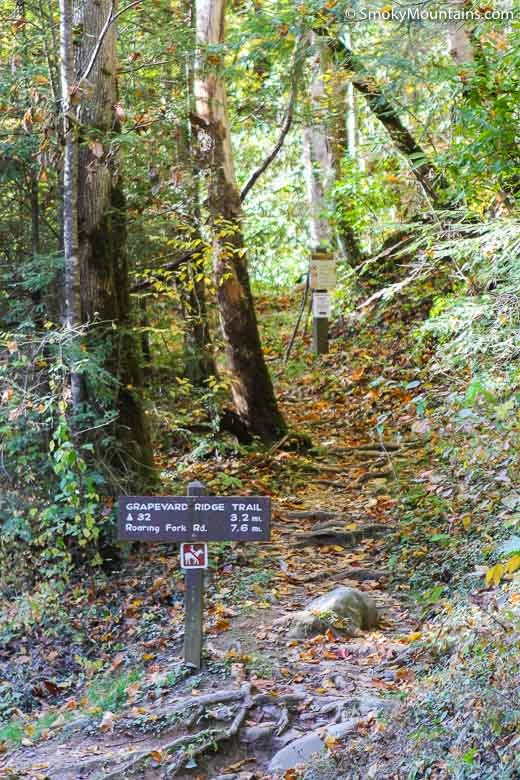 Easy to reach from Gatlinburg but often delightfully quiet, the Grapeyard Ridge Trail links Greenbrier Cove with the Roaring Fork Motor Nature Trail. Many opt to hike the trail from Greenbrier to the ruins of an old steam engine partway along, which makes for a 5.8-mile round-trip undertaking. However, you can extend your adventure by going the full way to Roaring Fork, crossing Grapeyard Ridge—named for prolific grapevines strung through its forests—in the process.

The steam engine—used to haul logs and wrecked in the 1920s—is only one of the historical leavings along the trail. There’s much evidence of bygone settlements, including the Whaley Cemetery not far from the Greenbrier trailhead. 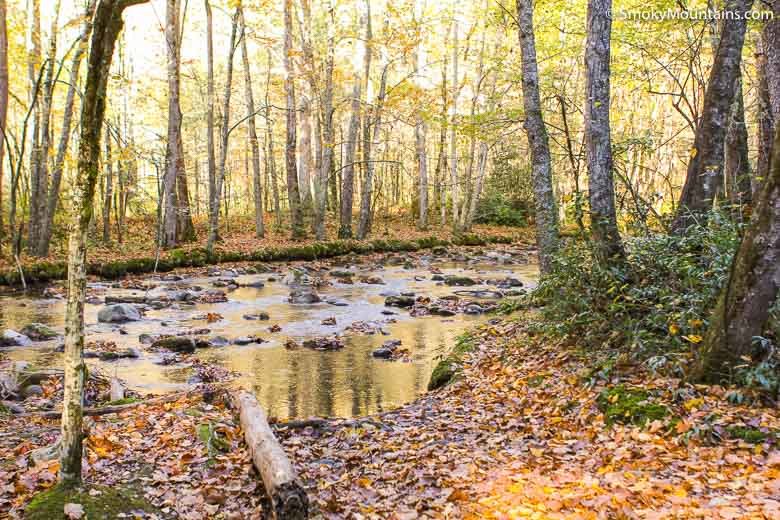 Starting in Smokemont Campground and close to the Oconaluftee entrance and visitor center, the Smokemont Loop still manages to be a pretty sure bet for some peace and quiet. This 6.5-mile route, which incorporates both the Smokemont Loop Trail proper and the Bradley Fork Trail, delivers great looks at spring wildflowers as well as plentiful signs of early settlers, including the mostly unmarked gravestones of the Bradley Cemetery.

You can find solitude surprisingly close to the hustle and bustle of the Cades Cove Loop Road on the slopes of Rich Mountain. Past the awesome John Oliver Cabin, the Rich Mountain Loop heads up its namesake height via the ravine of Marthas Branch, which is named after Oliver’s daughter. Via the Indian Grave Gap and Crooked Arm Ridge trails, the route completes its roundabout ramble over 8.5 miles and some 1,736 feet of elevation gain. Spring and summer wildflowers can be spectacular along the Rich Mountain Loop, and meanwhile if you time your hike for the leafless season you’ll soak up the best views, including of the gorgeous glen of Cades Cove below. (Hit up the short spur path shortly after turning onto the Indian Grave Gap Trail to reach Rich Mountain’s roughly 3,700-foot high point at Cerulean Knob, where you’ll see the sparse remnants of an old lookout tower.) 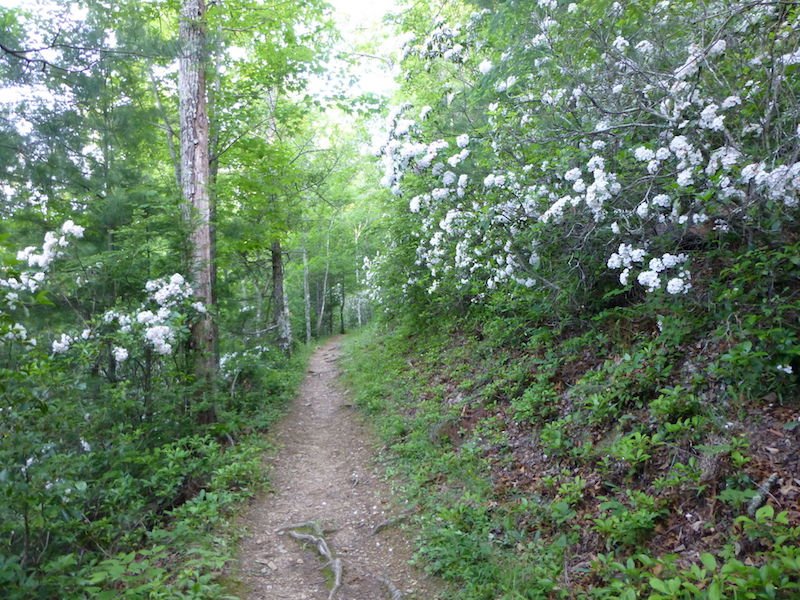 Full of history but rarely full of fellow hikers, the Lumber Ridge Trail is a great ramble in the Little River watershed. It begins and ends in Walker Fields in the Tremont area, host to the Great Smoky Mountains Institute, with a turnaround point at Buckhorn Gap. The “Walker” in Walker Fields comes from homesteaders Will and Nancy Walker, while the name of Lumber Ridge itself reflects the area’s logging heritage. The Little River Lumber Company worked these woods, hauling out timber via rail lines installed up the drainage. The Walkers held out against selling to the lumber company a long time, so their old spread was one of the last parts of the Great Smokies to be logged.

It’s an 8.1-mile hike between Walker Fields and Buckhorn Gap, but the latter is a significant crossroads, and you can make an extended shuttle hike of it instead by continuing on the Meigs Creek or Meigs Mountain trails. Alternatively, you can drop down a manway from Buckhorn Gap to the picturesque Spruce Flat Falls, then follow a user path back to Walker Fields.

Wander the Quiet of the Smoky Mountain Backcountry

The above five are only some of the lesser-trammeled paths of Great Smoky Mountains National Park: With better than 800 miles of trails, it’s not hard to track down some solitude. Get out there and explore! 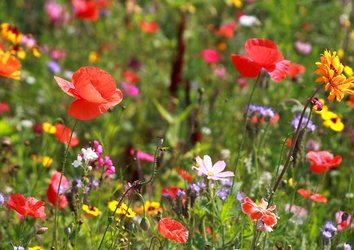