Site Navigation
#16 of 40 Sevierville Things To Do

With restored originals, a select few full-scale replicas, and more, the Tennessee Museum of Aviation is a great place for those who love aviation or those who want to learn more.

Whether you’re an airplane fan, a history lover, or an armed forces veteran, you won’t want to miss your chance to visit the Tennessee Museum of Aviation. Located at the Gatlinburg-Pigeon Forge Airport (GKT), this unique museum occupies a 35,000-square-foot hangar, where numerous airworthy warbirds and aviation artifacts are on display year-round.

Trace the history of flight back to the Wright Brothers on the museum’s Wave Wall, and watch aviation history come to life as you marvel at the military and civilian pilot uniforms, headgear, and flight instruments. Experience military history through a new lens as you peruse exhibits dedicated to major conflicts during World War II and beyond. Learn about the important role of United States Military Chaplains in the “Faith and Courage” exhibit.

After a tour of the exhibit gallery, visit the museum’s massive airplane hangar. Be sure to check out some of the rarest and most fascinating aircraft on display:

Wright Brothers Glider
This full-scale replica gives you a sense of the Wright Brothers’ ingenious early aircraft, which dates from the early 20th century.

Republic P-47D
These World War II-era fighters are incredibly rare, with fewer than a dozen airworthy examples still in existence. You’ll see two Thunderbolts at the Tennessee Museum of Aviation, and you might even see one take flight.

North American T-28
Trojans have been used as trainer aircraft since the 1950s, but they took on important roles as counterinsurgency aircraft during the Vietnam War.

Douglas A-1H
Also known as Skyraiders, these single-seat planes served as attackers for over 30 years. Don’t miss your chance to see one in person.

While many of the aircraft are restored originals, a select few are full-scale replicas, and others feature just the cockpit section. The museum typically has about two dozen aircraft on view in the hangar, but displays change somewhat frequently. You might even luck out and have the chance to see a rare warbird as it makes a limited-time appearance at the museum.

If you’re traveling with a big family group or a group of vets, be sure to call ahead. You’ll get reduced ticket prices and the option for a guided tour.

Since the Tennessee Museum of Aviation is located right on the GKT runway, you’ll frequently see the historic planes take flight. While all are airworthy, you’ll see the Thunderbolts, the Trojan, the Skyraider, and the Beech SNB complete demonstration runs more frequently. Call ahead to find out whether a demonstration flight is scheduled for the day, or give your group the chance to be surprised and in awe at the sight of vintage planes in flight. 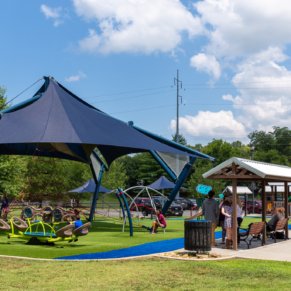 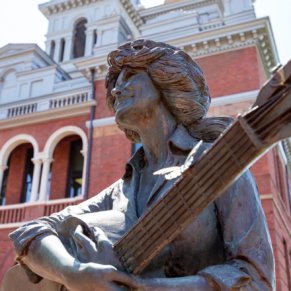