Site Navigation
#1 of 40 Sevierville Things To Do

The Forbidden Caverns is the perfect combination of natural wonder, history, and entertainment for you and your group. This one hour tour is sure to leave you amazed at the natural beauty that lies just below the surface of the Smoky Mountains.

The Forbidden Caverns, which are conveniently located approximately 45 minutes from downtown Gatlinburg, are sure to amaze you and your group! The guided tour takes approximately one hour to complete and is sure to impress you with the combination of history, natural wonder, and beauty. The cave tour descends several hundred feet below the surface and features a crystal clear underground river, several grottos, towering chimneys, rock formations, and cavernous rooms.

The temperature at the Forbidden Caverns is steady at a near constant 58 degrees. Since caves are minimally impacted by surface weather patterns, the temperature tends to stay the same year-round.

The large stream is supplied by a large underground lake that is located beneath English Mountain. The water supply is pure and safe to drink. In fact, children and adults alike will get a kick out of the water fountain in the gift shop – the water is directly supplied from the underground river in the cave!

If you have difficulty walking, this might not be the right attraction for you. The walking tour, which lasts approximately one hour, has several periods of fairly steep inclines, ten steps up, fifty steps down, and will require you to be on your feet the entire time.

History of Forbidden Caverns:
The history of the Forbidden Caverns dates back to Eastern Woodland Indians. These Native Americans used the cave as shelter during harsh winter months and . The name ‘Forbidden Caverns’ originated from an old Indian legend of an Indian Princess that got lost forever in the forbidden “hollow mountain of two streams.” In several of the larger rooms, Native American artifacts were discovered and preserved University of Tennessee archeologists.

From the early 1920s until 1943, the cave was used to manufacture moonshine. The moonshiners likely chose this cavern due to the hidden location and the 98% pure freshwater supply. In 1943, the authorities discovered the still and destroyed it. However, due to the logistics of removing the destroyed still (it is over 150 feet below the surface), they left the metal pieces behind, which can be viewed during the tour.

In 1964, a group of businessmen began the development process and prepared the cave for tourism. Three years later Forbidden Caverns opened and it has operated continuously since then.

Insider Tips:
Due to the terrain and temperature within the cave, it is recommended that you wear athletic shoes or hiking boots (closed toe) and long pants.

Directions:
Take the main Parkway towards Sevierville. At the intersection of 441 N (Parwkay) and Dolly Parton Parkway (411 N) turn right. Continue for approximately 12 miles on Dolly Parton Parkway. Turn right on Blowing Cave Road and continue to follow the road (and signs) for 1.3 miles to the Forbidden Caverns parking area. The parking area, which has ample free parking, is located directly across the street from the Forbidden Caverns gift shop and entrance. 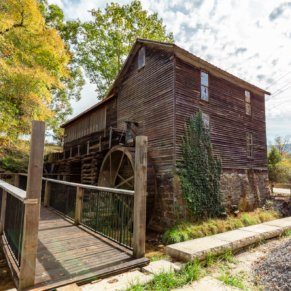 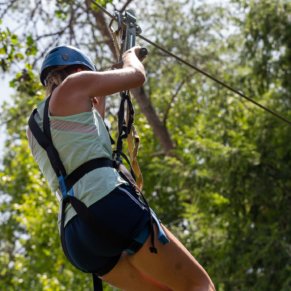 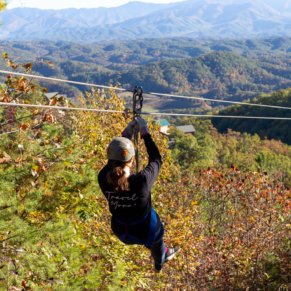