A good hike for glimpsing some alluring relics of Smoky Mountain human heritage, the Old Sugarlands Trail between the Sugarlands Visitor Center and Cherokee Orchard Road is also pretty reliable for serving up some refreshing solitude in a crowded park. The highlight, arguably, actually lies on a side trail: a historic cemetery of the vanished Sugarlands community.

The Old Sugarlands Trail partly follows the abandoned Sugarlands Road, a historic Smoky Mountains route that evolved into Highway 71 in the pre-Newfound Gap Road days. It’s a forest walk without much in the way of mountain views, but there are other attractions: namely no shortage of historical ruins along the way, plus (usually) lots of elbow room and a good chance of spotting wildlife.

It’s a moderately challenging, 7.5-mile round-trip trek involving some 1,256 feet of elevation gain if you start from the Sugarlands side, which for many out-and-back hikers will be the preferred approach, given the return hike will be mostly a downhill affair. You can avoid much climbing at all if you arrange a shuttle hike and begin from the Cherokee Orchard Road (east) end.

From Sugarlands, the Old Sugarlands Trail proceeds up the valley of the West Prong of the Little Pigeon River, crossing a bridge over Bullhead Bridge about a mile in. You’ll see stone walls and other signs of bygone settlement. A bit farther on, as the track pulls away from the West Prong lowlands, you’ll reach the site of a CCC-era camp, the relics in the vicinity of which include an old stone clocktower.

Here you’ll find a side trail branching off to the right, a highly recommended detour leading to one of the cemeteries of the historic Sugarlands community. Some important pioneer families are represented here, among them the Ogles and the Huskeys. One fascinating grave here is that of Edd McKinley, a young teenager who, in late March of 1915, fled his Blount County home and attempted to reach his grandfather on the other slope of the Great Smokies, only to freeze to death in a high-country storm. Hunters discovered his body and brought him into The Sugarlands, where—his identity was unknown at the time—his burial site was marked only by a fieldstone. In the mid-1970s, the mystery of McKinley’s death was sorted out by his sister, Virgie Smith, a park ranger, Glenn Cardwell, and Lucinda and Earnest Ogle, and a marble marker added to his grave.

Once you’ve taken in the cemetery, return to the Old Sugarlands Trail, which ultimately leads up into the drainage of Bullhead Branch, drops to Two-mile Branch, then cuts over to LeConte Creek and Cherokee Orchard Road.

Despite its accessibility and proximity to the popular Sugarlands headquarters and visitor center, the Old Sugarlands Trail actually sees fairly light traffic, certainly compared to many other trails in the national park. You’ve got quite a good chance of seeing wildlife along this quiet route, including white-tailed deer and, often enough, black bears. Practice bear awareness along this trail (and all the others in the Great Smokies, mind you), and if you see one of these impressive and charismatic creatures, give it plenty of space.

History buffs, in particular, will appreciate a walk on the Old Sugarlands Trail. Not the most scenically or recreationally interesting as far as Great Smoky Mountains trails go, it’s nonetheless quite the portal into the past.

Insider Tips:
-Winter and early spring are particularly good seasons for taking the Old Sugarlands Trail, on account, the leaflessness of the woods dramatically improves the visibility of the stone walls and other historic structures.
-While the West Prong somewhat masks it, traffic noise from Newfound Gap Road is often heard on the western portion of this trail. 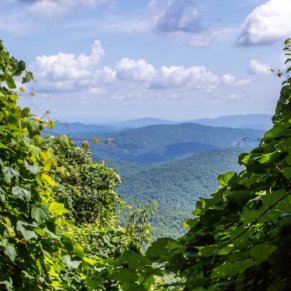