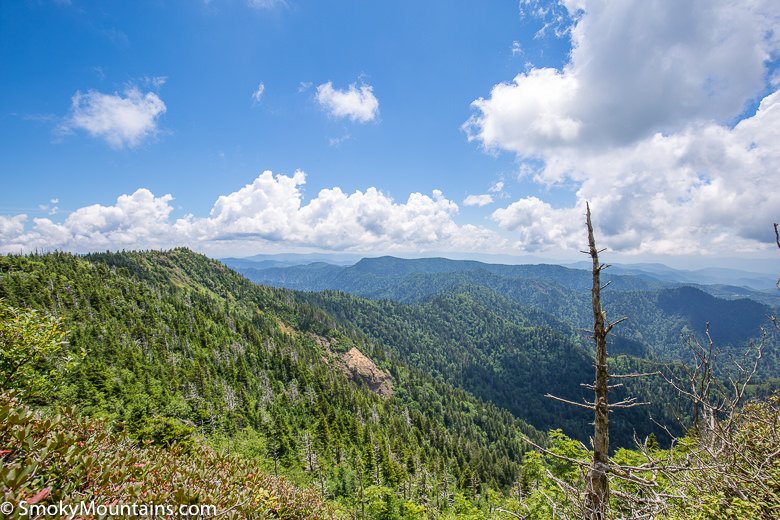 The Great Smoky Mountains are one of the highest and most massive ranges in the entire Appalachian chain and harbor some of the tallest peaks east of the Mississippi River. For close to 40 miles, the spine of the Great Smokies lies mostly above 5,000 feet, and an impressive lineup of its peaks rise past 6,000.

These are among the “Southern Sixers” coveted by Eastern mountaineers: those Southern Appalachian peaks of 6,000 feet or taller, which besides the Great Smokies fall within the Black Mountains, the Great Balsams, the Great Craggies, the Plott Balsams, and the Roan Highlands.

Here’s a guide to hiking to the tallest peaks in the Great Smoky Mountains. Now, take note right at the outset: Several of these mountains don’t have trails to the exact summit, requiring a cross-country bushwhack (and therefore basic off-trail navigational skills) to actually top out on them. This post covers the designated hiking trails that at least skirt the slopes of these king peaks, which is a thrill enough.

First, though, let’s wade into the slightly messy business of defining the top five tallest mountains in the Great Smokies…

The Tallest Peaks in the Great Smoky Mountains

The three loftiest summits in the Smokies are well-defined. They are:

After that, though, you’ll see some diverging opinions. Technically speaking the next two tallest peaks are Mount Buckley at 6,580 feet and Mount Love at 6,420 feet. Those peaks, however, lie within very close proximity to Clingmans Dome along its same ridge-crest: Mount Buckley to the immediate west and Mount love to the immediate northeast. As such, they can also be considered subpeaks of the Clingmans Dome ridgeline.

If you go that route and treat Mounts Buckley and Love as Clingmans Dome subpeaks, the next two highest standalone Smoky Mountain peaks are Mount Chapman at 6,417 feet and Old Black at 6,370 feet.

Clingmans Dome is not only the high point of the Great Smoky Mountains: It’s also the highest peak in Tennessee, the third-highest in the entire Appalachian chain (after 6,684-foot Mount Mitchell and 6,647-foot Mount Craig, both in North Carolina’s Black Mountains), and the highest point reached along the entire 2,000-mile Appalachian Trail between Georgia and Maine.

Clingmans Dome is also the most all-around accessible of these crowning Smoky Mountain peaks. You can drive most of the way there via Clingmans Dome Road off Newfound Gap Road; the parking lot offers great views, but if you’re up for the short but steep half-mile hike to the observation tower at the summit you’ll have even more whopping ones. 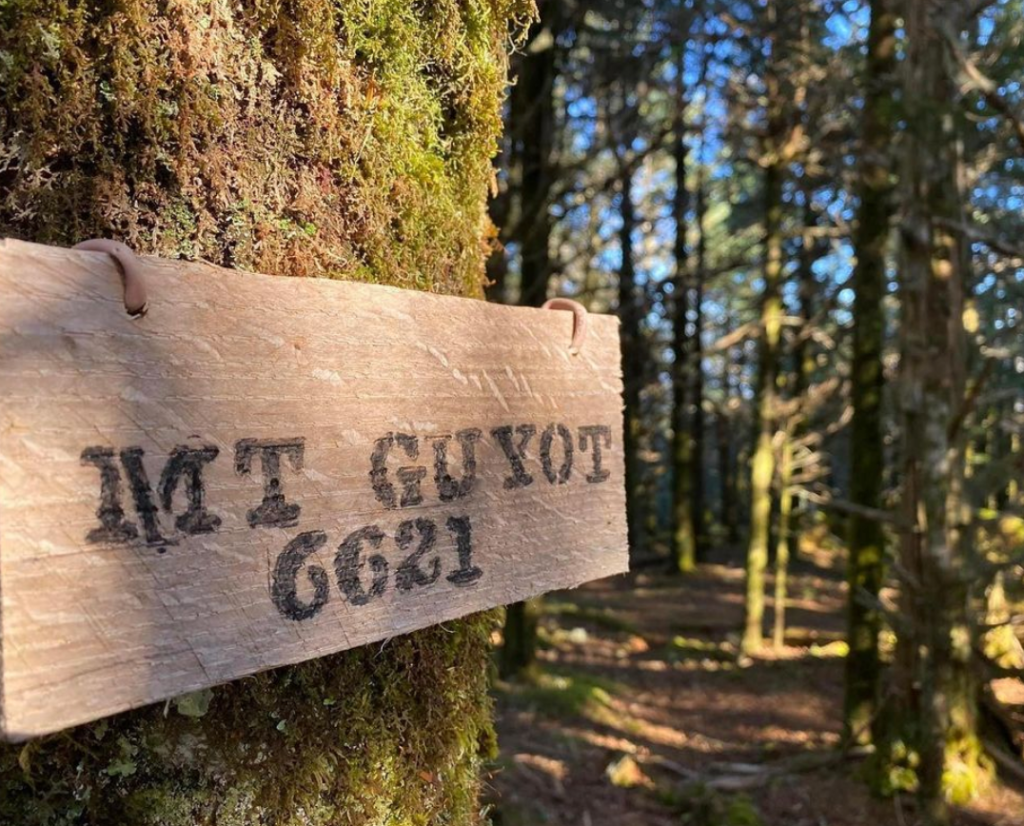 The second-highest peak in the Great Smoky Mountains is basically the polar opposite of Clingmans Dome. Where that mountain is road-accessible and developed, Guyot—named after the Swiss geographer Arnold Guyot, who measured this and other high peaks in the range—is isolated and wild, set in one of the national park’s biggest swaths of roadless backcountry.

While the forested summit is a bushwhack, you can get close via the Appalachian Trail, which winds its way along the southern, western, and northern flanks of this great mountain. To get there, you’ve got a roughly 16-mile hike northeastward along the AT from Newfound Gap.

Mount LeConte is another truly awesome Great Smokies peak. Though it falls short of the lofty heights attained by Clingmans Dome and Mount Guyot, it’s the huge cone of LeConte that boasts the most impressive topographic relief in the range on account its high summit looms so close to adjacent lowlands: From Gatlinburg, Tennessee to High Top, the pinnacle of the LeConte massif, there’s a roughly 5,300-foot rise across only about six miles.

No fewer than five major hiking trails access the top of Mount LeConte via long day hikes: the Alum Cave Trail, Rainbow Falls Trail, Bullhead Trail, Trillium Gap Trail, and Boulevard Trail. The first two are the most popular, as they’re the shortest and also hit up major landmarks along the way: namely the impressive alcove of Alum Cave and the 80-foot plunge of Rainbow Falls, the tallest single-drop waterfall in Great Smoky Mountains National Park. 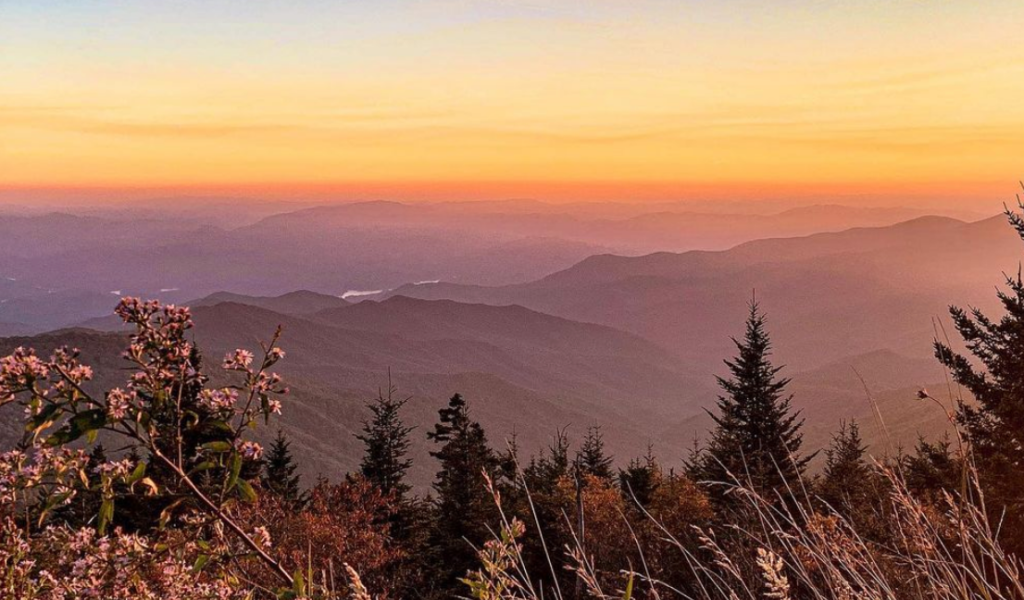 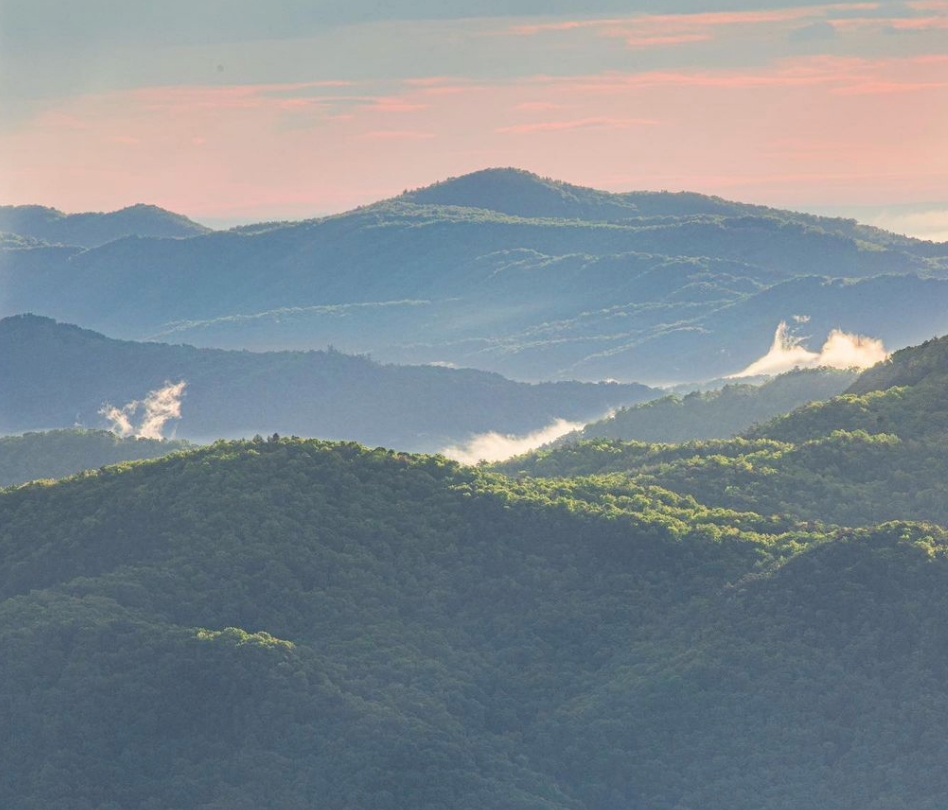 Mount Love offers even fewer views than Mount Buckley given its heavy timber, but it’s also easily “bagged” from Clingmans Dome, lying just to the northeast along the Appalachian Trail. 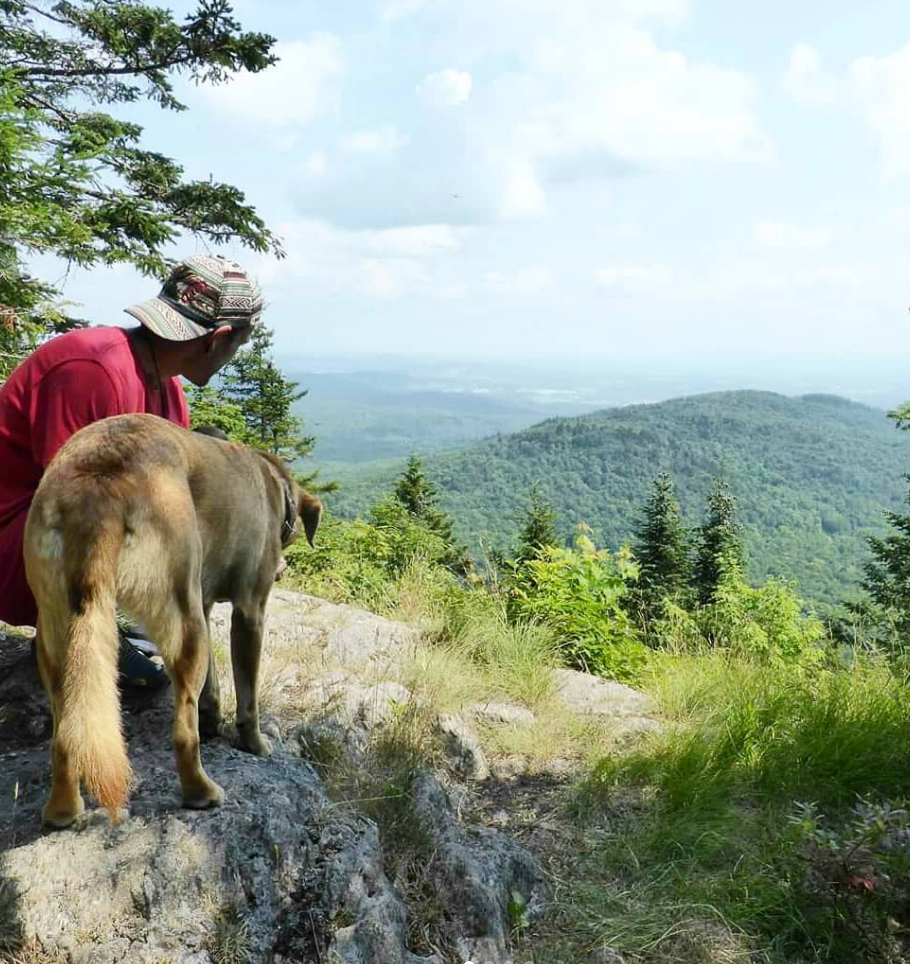 Mount Chapman rises along the Great Smoky Mountain crest to the south-southwest of Mount Guyot and is similarly remote. It gets its name from David Chapman, a soldier, and businessman from Knoxville, Tennessee who played an important role in getting the Great Smoky Mountains National Park established. The Appalachian Trail leads just east of the Mount Chapman summit some 14.5 miles northeast of Newfound Gap; you can also hike to the slopes on a roughly 11-mile route from Cosby Campground via the Snake Den Ridge Trail and then the AT. 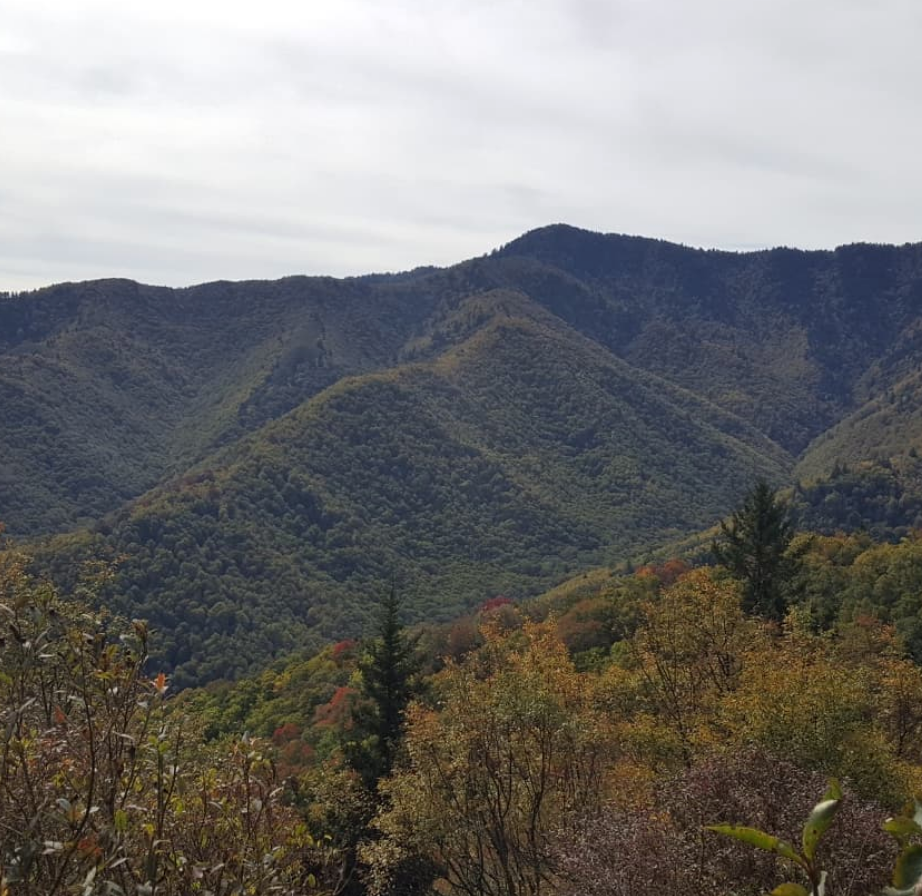 Another fairly far-flung peak, Old Black is also most easily reached from the Cosby Campground and the Snake Den Ridge Trail, which reaches the Appalachian Trail at Inadu Knob; it’s about a mile from here southwest to where the AT passes close to the Old Black summit just a short ways north of Mount Guyot. The dense spruce-fir forest atop Old Black gives the peak its name.

The Crowning Peaks of The Great Smoky Mountains 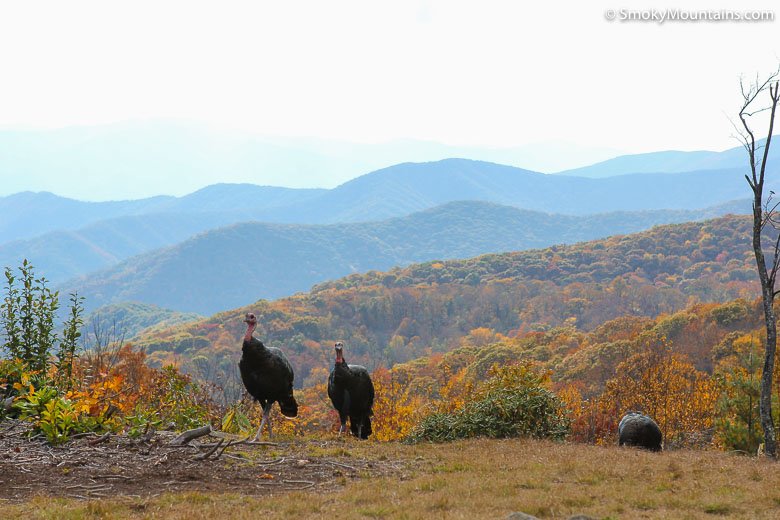 Even if you’re not venturing cross-country to reach the trailless summits on this list, hiking to or near the tops of these tallest peaks in the Great Smoky Mountains is an amazing experience. Soak up some high-country vibes in this crown-jewel range of the Southern Appalachians! 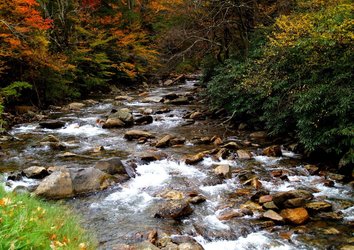 National Park Blog
Everything You Need To Know About Tennessee Fishing Licenses
By David Angotti on August 2nd, 2017 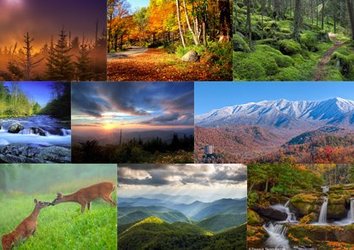 National Park Blog
By Vicky Reddish on November 23rd, 2022
Place of a Thousand Drips: 5 Reasons to Visit This Unique Waterfall in the Smokies 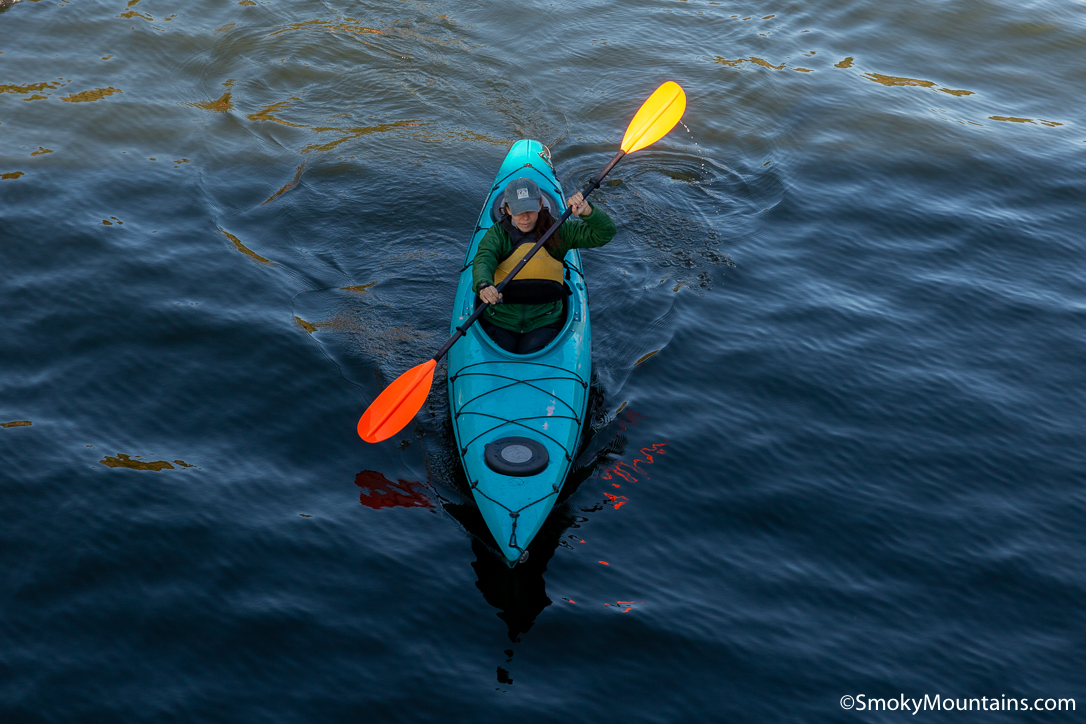 National Park Blog
By Vicky Reddish on November 13th, 2022
The 7 Most Unique Experiences in the Smoky Mountains 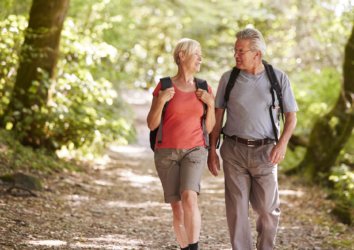 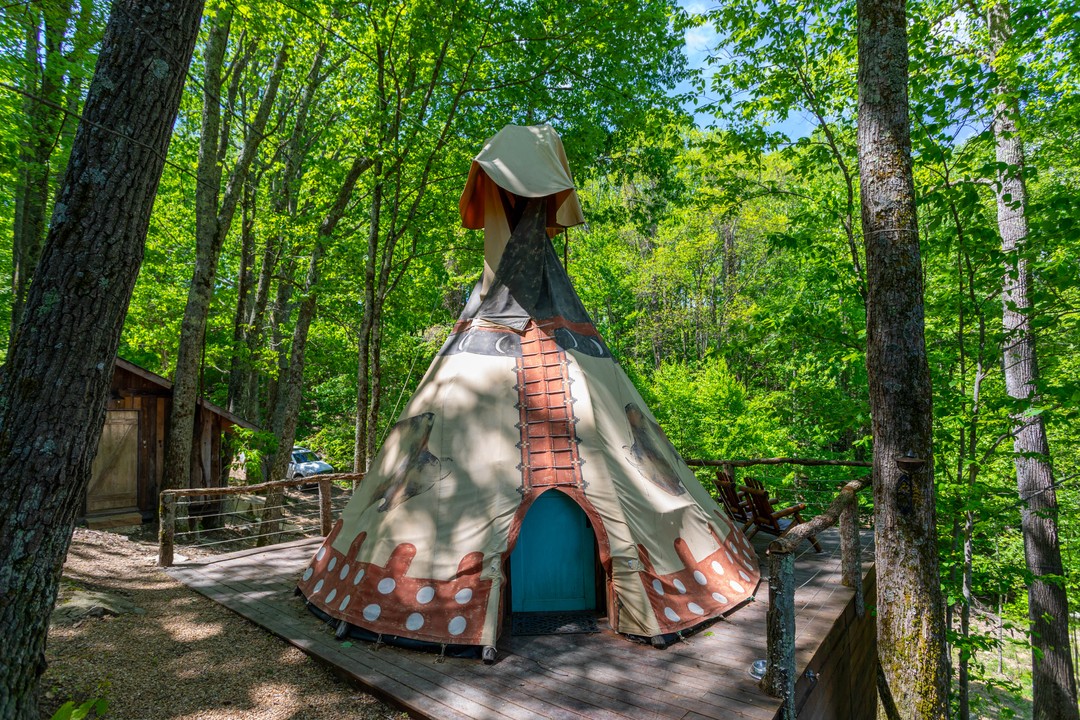 National Park Blog
By Brittany Mendez on October 5th, 2022
3 of the Most Unique Rentals in the Mountains