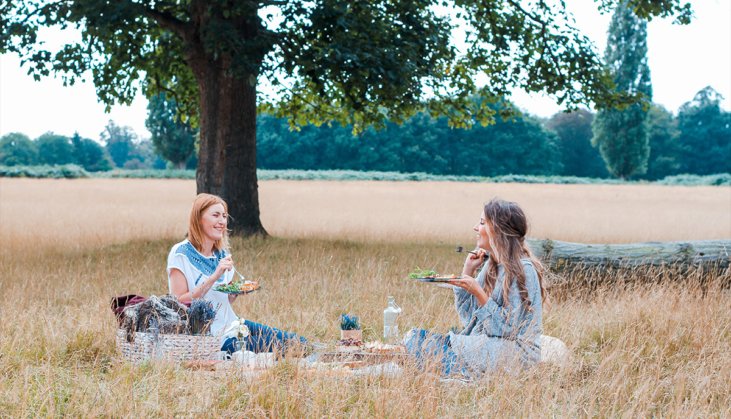 With its far-reaching, blue-toned vistas, its babbling brooks and cascading rivers, and some of the lushest and grandest forests on the continent, Great Smoky Mountains National Park offers downright world-class picnicking. The pleasures of an alfresco meal on a day of sightseeing, adventure, and R&R in this most-visited of America’s national parks are of the timeless and all-ages variety.

In the past here at the Great Smoky Mountains National Park blog we’ve ranked the park’s designated picnic areas, which you can take a gander at right here. In today’s post, we wanted to spotlight a few of those locations as well as a couple of other picnicking possibilities in the park. We’ll wrap things up with a few things to remember when throwing together your Great Smokies picnic basket.

In our previous picnic-profiling post (how about that alliteration?), we noted Chimneys was our favorite of all the designated picnic areas in Great Smoky Mountains National Park. Set right off Newfound Gap Road about 20 minutes from downtown Gatlinburg, the spot includes nearly 70 picnic sites with tables and grills, the most popular of which lie directly along the bouldery flow of the Little Pigeon River. Those riverside picnic sites are coveted real estate (for good reason), so consider coming earlier in the day if you want to snag one, especially during peak season.

Before or after your picnic, you might consider tacking on one of the best hikes in the national park to your picnic: the Chimney Tops Trail, a rigorous but rewarding 3.8-mile round-trip ramble that delivers a knockout view of the rocky double peaks of the Chimney Tops, among the classic natural landmarks of the Great Smokies. 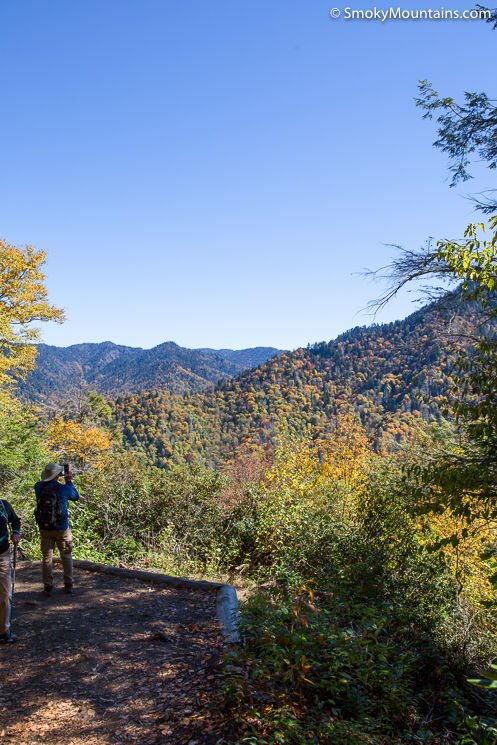 The Chimneys Picnic Area is one of the park’s seasonal ones, typically open from early spring to early fall. 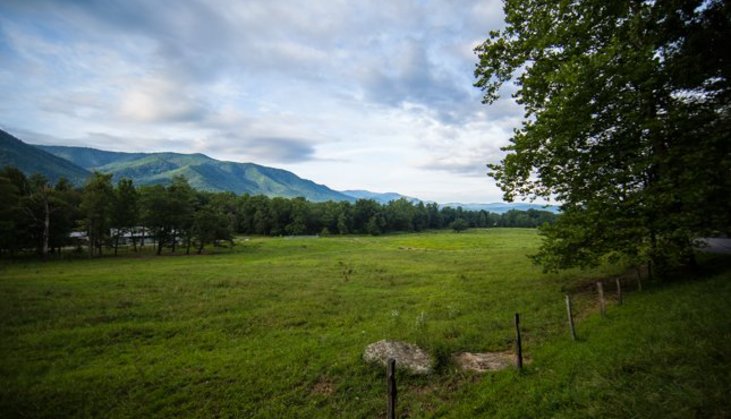 The broad and beautiful basin of Cades Cove is the most popular destination in Great Smoky Mountains National Park, and this picnic area conveniently located near the Cades Cove Campground gives you the perfect setup for a creekside meal before or after taking in the sights along the Cove’s loop road. Open all-year-round, the Cades Cove Picnic Area offers 81 sites.

Anytime you picnic here gives you a good opportunity to tour the fantastic 18th- and early 19th-century buildings within Cades Cove, from the John Oliver Cabin to the Primitive Baptist Church to the Henry Whitehead Place: all constituting the most extensive collection of historic structures in the national park. Meanwhile, consider making an early-morning drive through Cades Cove followed up by a breakfast picnic, or a dinnertime picnic followed up by an evening auto tour: Doing the scenic loop those times of the day gives you the best chance of seeing Cades Cove wildlife, from white-tailed deer and wild turkeys to black bears and coyotes. 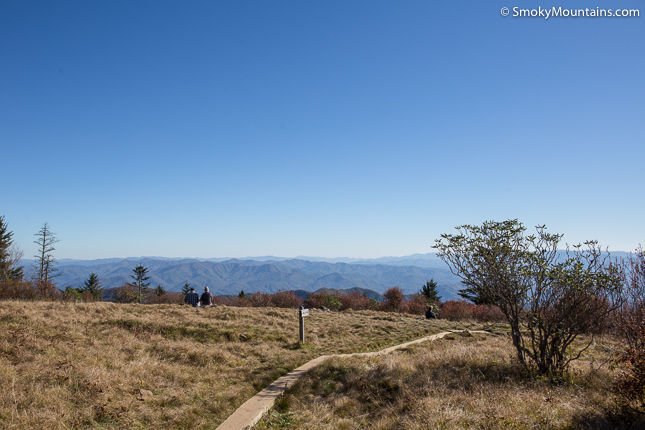 The highest-elevation grass bald in Great Smoky Mountains National Park at 5,920 feet, Andrews Bald isn’t a designated picnic area, but nonetheless a great choice for a packed-in (and packed-out!) picnic along the high backbone of the Smokies. A rougher 3.6-mile round-trip hike before 2008 improvements added staircases and boardwalks, the Forney Ridge Trail leads you to Andrews Bald just a short jaunt south of Clingmans Dome, the highest peak in the Great Smokies.

The grass (and shrub) balds of the Smokies and elsewhere in the Southern Appalachians are some of the most alluring features of these mountains: high ridgetop or summit meadows and shrublands whose origin isn’t fully understood. Their openness amid the otherwise dense spruce-fir and other forest cover of the high country delivers sweeping views.

Besides those postcard sightlines, your day hike picnic at Andrews Bald will serve up other charms depending on the time of year: for example, the Bald’s famous blooms of flame azalea and catawba rhododendron in late spring and early summer, and, later in the season, ripe blueberries and raspberries to add to the picnic repast. 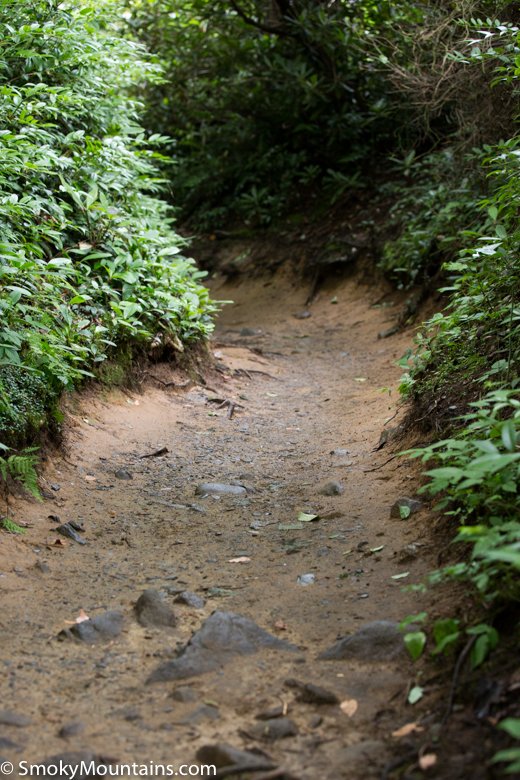 The second-largest picnic area in Great Smoky Mountains National Park after Collins Creek, Metcalf Bottoms offers 122 sites; unlike Collins Creek, meanwhile, it’s open year-round, though the northern half closes down in winter and you need to haul out any garbage during that season. Set along the Little River, it makes yet another pretty and shady place to bust out that tablecloth for a fresh-air smorgasbord. Its pavilion, which is reservable in advance, can seat as many as 70.

The very easy and very fascinating Metcalf Bottoms Trail provides the ideal post-picnic walkabout. A mere 1.2 miles round-trip, this path proceeds up along the Little Brier Branch into the historic community of Little Greenbrier, where you’ll see such remnants as old homesites, a cemetery, and, at the turnaround point, the marvelous Little Greenbrier School. 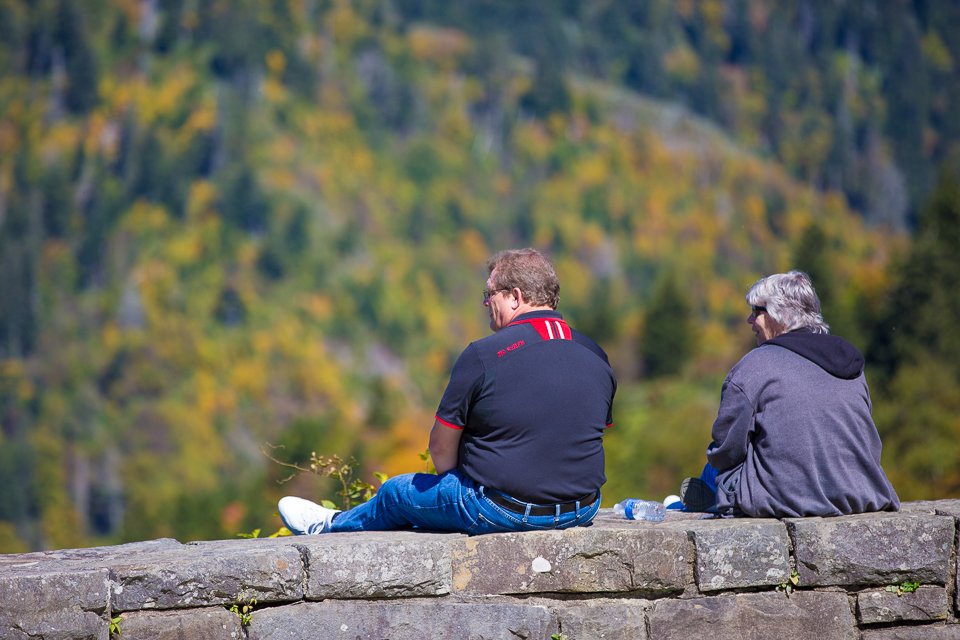 Like Andrews Bald, Newfound Gap isn’t a designated picnic area, but it’s nonetheless a great place to enjoy some nibbles with a side helping of knockout Smoky Mountain views. At 5,046 feet, the Gap is the lowest vehicle-accessible pass in the Great Smoky Mountains; it gets its name from Arnold Guyot’s discovery, in 1872, that this “new-found” saddle was lower than Indian Gap to the near west, previously thought to be the lowest portal through the range.

Along with lovely vistas in all seasons, Newfound Gap is notable for the Rockefeller Memorial, which marks the site where President Franklin D. Roosevelt officially designated the Great Smoky Mountains National Park in 1940. Other highlights of your picnic here: the thrill of standing with one foot in Tennessee, the other in North Carolina, and the chance for a short stroll along the world-famous Appalachian Trail, which passes through the Gap.

Whether you’re picnicking in a designated national park picnic area or in the middle of a day hike such as to Andrews Bald, don’t litter! Use trash/recycling receptacles if available or pack out all your picnic waste and supplies.

Definitely, definitely resist the temptation to feed wild animals that might swing by your picnic party: Everything from squirrels and songbirds to black bears can become accustomed to handouts or scavenging food scraps and garbage left behind by careless picnickers, and that’s never a good thing. (Learn more about bear safety in the park here.) In park picnic areas, be sure to thoroughly clean not only your picnic table but also the grill, if you used it, to minimize their attraction to bears and other critters. 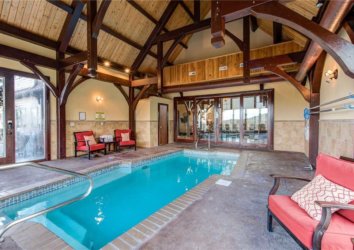 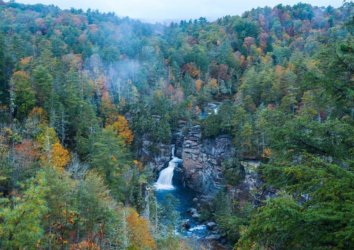