Site Navigation
#10 of 31 Boone Things To Do

Only about 15 minutes from Boone, the Grandview Overlook offers superb vistas at Milepost 281.4 along the Blue Ridge Parkway. While you won’t find picnic tables, restrooms, or other facilities, the views out over seemingly endless ridges and valleys are well worth the stop. That’s especially true at sunrise!

With better than 200 scenic overlooks along its roughly 470 miles, the Blue Ridge Parkway isn’t hurting for knockout vistas. One of the somewhat lower-profile is Grandview Overlook, situated at Milepost 281.4 a stone’s throw from Boone, North Carolina.

From this 3,240-foot vantage, you relish beautiful southward and eastward sightlines out over an ocean of ridges, knobs, ravines, and valleys. Sure, there are more staggeringly dramatic overlooks on the Parkway. There are certainly more developed ones. But Grandview’s long views and tranquil, typically uncrowded vibe make it one of those lesser-known treasures of “America’s Favorite Drive.”

The Overlook’s name has a modest little backstory, according to William Lord’s Blue Ridge Parkway Guide. Tradition suggests that, in the 1930s, a visitor to Grant Green’s nearby Mountain View Store called its surroundings “a grand view.” That simple but apt description then came to be applied to this pullout.

Below the Overlook, in that lovely mess of rugged, heavily wooded terrain, the Boone Camp Branch drains into Elk Creek. Elk Creek is a major tributary, in turn, of the great Yadkin River, whose valley lies tucked away in the distance. The Yadkin supports a vibrant winemaking industry and served as the first American Viticultural Area designated in North Carolina. (Lovers of the grape—and any lover of pastoral scenery—will enjoy touring the Yadkin Valley AVA.)

The showstopper Grandview Overlook vista comes framed by Osborne Mountain and Mast Knob. Landmark hills in the viewshed include Wheat Patch Mountain, Licklog Mountain, Hickory Knob, and Cox Knob. (The latter knobs rise south of the Yadkin Valley.) The countryside on display includes part of an important parcel preserved by the Conservation Trust for North Carolina.

The aforementioned Boone Camp Branch, meanwhile, suggests the significance of this swath of N.C. High Country to famed 17th-century American frontiersman Daniel Boone. That celebrated “longhunter” settled in the Yadkin Valley and tromped much of the Blue Ridge scenery you’re feasting on. Not far south of Grandview Overlook, Boone’s Trace—another worthwhile Parkway stop—is said to mark one of the west-running trails Boone scouted to connect with the Wilderness Road into Kentucky.

Speaking of trails, the outstanding long-distance hiking route known as the Mountains-to-Sea Trail passes by the Grandview Overlook. A day hike might be in order if you’ve got the time!

Because of its orientation, Grandview Overlook provides awesome sunrise views, rewarding early risers. Morning visits sometimes also reward with the sight of the lowlands that cleave the mountains filled with fogbanks. But late afternoon and evening light also paints the hills a pretty picture.

Long story short: Anytime you happen to be driving the Parkway in this area, spare a moment (or an hour) for some quiet skyline-gazing at Grandview!

Insider Tip:
The views from Grandview Overlook are extra-special when fall colors are blazing away on the hills. Generally speaking, this region of North Carolina sees peak autumn foliage in early to mid-October. 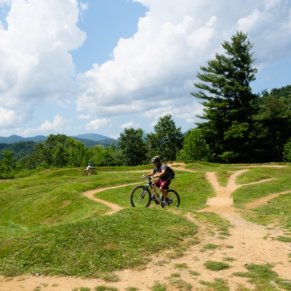 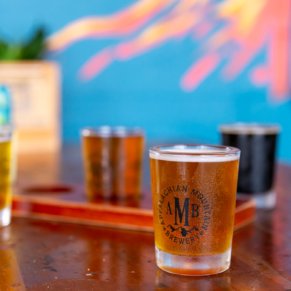 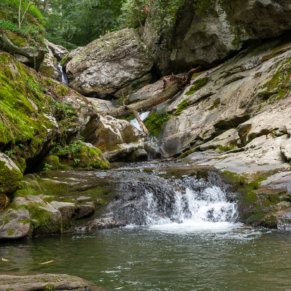 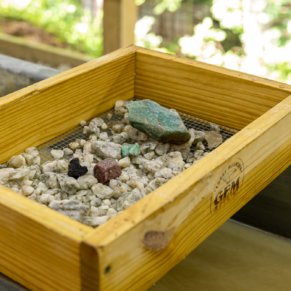 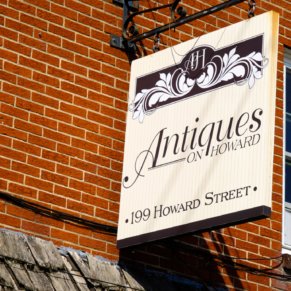