Site Navigation
#21 of 112 Asheville Things To Do

Don’t expect roller coasters and Ferris wheels at this theme park, The Land of Oz is an inter-generational tour of Oz with Dorothy and her crew on a delightful Yellow Brick Road journey to the Emerald City. The park is open limited days for two distinct events, Autumns in Oz or Journey With Dorothy.

It’s obvious you’re not in Kansas when you visit the Land of Oz in the Blue Ridge Mountains of North Carolina. Once you pass through the gates of this iconic theme park, imagination takes over and you’re transported to the merry old land of Oz.

Hailing back to the golden age of theme parks, the Land of Oz had a glittering run during the 1970s as tribute to the classic MGM film The Wizard of Oz, based on the book by L. Frank Baum. Debbie Reynolds, with her then 13-year-old daughter Carrie Fisher, cut the ribbon at the June 15, 1970 grand opening. The park saw thousands of visitors each year throughout the early 1970s. After a series of losses, including the untimely cancer death of the park’s visioneer and a devastating fire and looting of the property, the Land of Oz was closed at the end of the 1980 season.

Years went by, but people never forgot the magical land and the Yellow Brick Road that cut through the forest atop Beech Mountain. In the early 1990s a group of Oz fans decided to organize a reunion of former employees, performers and supporters from the early years of the Land of Oz. The event was such a success, the group determined to do it every year and call it “Autumn in Oz.”

Each autumn since then the Land of Oz opens to the public for one weekend of Oz-inspired celebration, entertainment and family activities in September. The Land of Oz is also open for Journey With Dorothy, an interactive tour each Friday during the month of June. These two events are completely different in scope and experience, yet each offer guests memorable experiences in the Land of Oz. Journey With Dorothy and Autumn in Oz are hot items to Wizard of Oz fans—they are known to sell out within hours of going on sale.

Let’s look at Autumn in Oz first. Upon arrival, visitors park near the base of the mountain, then take a bus up the twisty road to the main entrance. While people wait in line for their group to board the bus, there’s an old-time fair set up where they can play simple games and enjoy the petting zoo, ride ponies, indulge in snacks, or visit a pop-up exhibit of costumes and memorabilia from the park’s heyday.

From the moment you go through the entrance you’re swept into the fantasy of Baum’s classic children’s story. First you visit the Fountain of Youth surrounded by a lush garden with a historical marker commemorating the park’s designers and celebrities who visited back in the day. Continuing along the path you’ll come to the Judy Garland Gazebo perched on the side of the mountain. The panoramic view of the valley from here is spectacular, an ideal place for photographs.

Wind along the path a bit further and you’ll arrive in Dorothy’s Kansas., where you’ll see characters from the book in their pre-Oz personas. Professor Marvel is there telling fortunes, while farmhands Hunk, Hickory and Zeke are out doing chores in the surrounding area. Characters interact with guests, playing off the comments and questions with much wit and charm. There’s a small museum here with displays of original costumes, along with memorabilia from the film and the early years of the park.

Next, you’ll come to Dorothy’s house, an ordinary white farmhouse with wrap-around porch and rocking chair. Outside the house there’s a picnic area with live entertainment shows, along with vendors selling food and souvenirs. Uncle Henry greets visitors here, escorting groups of 15 people at a time into the house in order to give guests ample time and space to explore inside.

Once inside the Gale family farmhouse, you’ll find Auntie Em in the kitchen all flustered about the weather and approaching cyclone. After she sweeps you away to the cellar for safety, you’ll walk through a black maze where the floor shifts a 15-degree angle before you exit the house and into Oz. Look around and you’ll see the legs and feet of the Wicked Witch of the East sticking out from the crashed house. Soon the munchkins greet you, Glenda the Good Witch of the North and the Wicked Witch of the West arrive, and together with Dorothy, begin acting out scenes from the film.

With the Yellow Brick Road stretching before you, guests begin the journey through the land of Oz where you’ll eventually meet the Scarecrow, the Woodsman and the Lion. You’ll confront the flying monkeys near the Wicked Witch’s castle, the deadly red poppy fields, and other surprising scenes acted out along the way. At the end of the Yellow Brick Road is the Emerald City.

Inside the gates of the Emerald City are many fun details reminiscent of the film, including the Horse of a Different Color. The characters complete their journeys with you, approaching the Wizard and completing the fantasy and the return to Kansas. You’ll find more entertainment, vendors with food, treats and souvenirs, inside the Emerald City, along with plenty of great photo opportunities.

The Friday events in June, Journey With Dorothy, are a horse of a different color. With this event you don’t ride a bus up the hill, you take the balloon-motif lift chairs. Guests are met at the entrance by Dorothy. She regales visitors with the tale of her visit to Oz and takes you along the Yellow Brick Road, handing out props to guests who want to act the parts of the characters. You’ll find vendors for food and such, but not as widespread as during the Autumn in Oz weekend. Journey With Dorothy is more of a tour through the Land of Oz, rather than an immersive experience with all of the characters.

For those who can’t make the dates for the Autumn in Oz or Journey With Dorothy, the Land of Oz offers private tours for groups with a minimum of 20 people. These tours are provided a knowledgeable guide for their tour, but for a small additional fee, you can get Dorothy as your guide.

The management group, Emerald Mountain, Inc., along with the property owners, hope to improve and continuously increase the charm of the park with the possibility of more public events in the future. 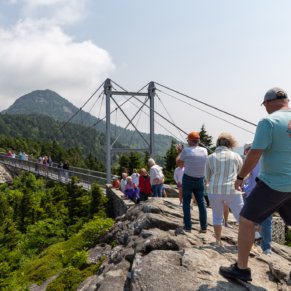 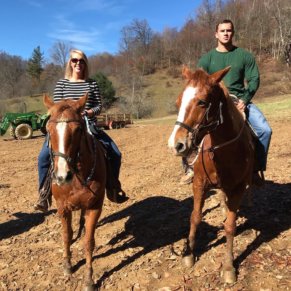 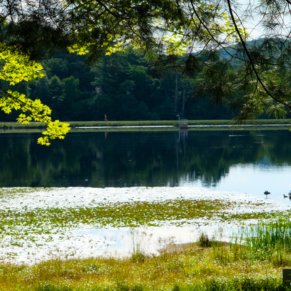 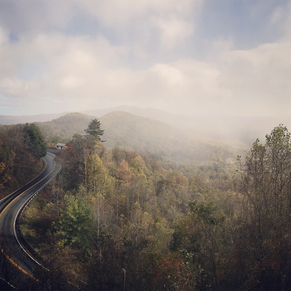