Site Navigation
#31 of 110 Asheville Things To Do

Hickory Nut Gap Farm is a local favorite for several reasons. Getting there makes for a beautiful drive, the meat is about as fresh as meat can be, and the entire operation is steeped in history.

Millions of Americans purchase their meat from a grocery store with absolutely no idea where it originated. Customers to Hickory Nut Gap Farm know where and how their meat was raised, what it was fed, and how fresh it is. That “knowing” may be the initial draw to the Farm, but there are many other reasons to visit.

Back in the early 20th century Hickory Nut Gap was little more than a through road, used for taking animals to market in the foothills. In 1916, shortly after they were married, newlyweds Jim and Elizabeth McClure decided to build a life on Hickory Nut Gap. Fortunately, the piece of land they fell in love with had an old inn on it, built to accommodate travelers during brighter economic times. While Jim began farming, his young bride restored the old inn and surrounding landscaping.

Jim’s vision extended beyond farming his own land. He wanted to build a cooperative organization that would bring stronger agriculture to the region. In 1920, he started the Farmer Federation to do just that.

When Elspeth, Jim and Elizabeth’s oldest daughter, married Jamie Clarke, the two moved back to Hickory Nut Gap Farm to work. Their eight children were born as they continued to grow apples, raise cattle, and work with the Federation. Today, six of their children jointly own the farm.

There are the farm raised animals to see of course, but there are other draws. The farm store is regularly full of people in search of arts and crafts, honey, jams, pickled goods, spices, dairy products, and snacks. Their in-house butchery has a fresh selection of standard and specialty meats. In fact, people travel from all over to purchase meat just as fresh as if they raised it themselves.

The Deli & Bakery can get downright crowded during weekday lunch hours and Sunday brunch. The meals served there include meats sourced at Hickory Nut Gap and produce raised by their neighbors. If you walk in and immediately notice a wonderful aroma, it’s the smell of fresh bread, made on site.

There is always something going on at the Farm. In the winter, they teach classes like sausage making and pickling. Springtime is a great time to bring the kids out to see the baby animals, and things get lively during summer festivals and barn dances.

Just as Jim and Elizabeth McClure had a vision for the farm, so do their descendants. Unlike most big corporate farms, they work to build an ecosystem that protects the farmers, animals, and environment. Their intentional actions promote biodiversity, cleaner water, and healthier soil. In other words, today’s owners are as passionate as those who came before them. We suspect that it’s just one more reason people make it a point to visit Hickory Nut Gap Farm.

Even if you don’t plan to pick up meat or have a meal, it’s worth the trip out to Fairview to see a real working farm of this caliber. It is different, interesting, and inspiring.

Insider Tips:
-Enjoy a meal here. The fresh made bread is enough reason to make this a must stop destination.
– You can schedule a private farm tour if you call ahead. 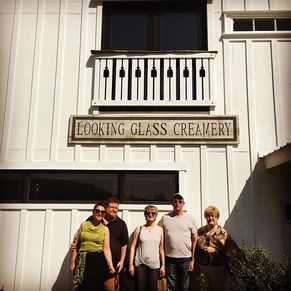 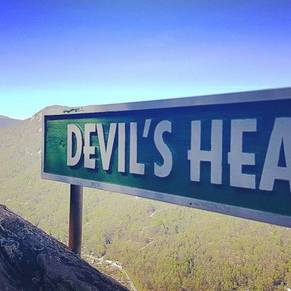