Tony Fraga and his father once frequented the Havana restaurant bar that was known for creating the signature drink that Ernest Hemingway called "the best in the world." The Havana native brought the nearly authentic recipes to Asheville, with the hope of recreating not only the flavors but also the ambience and spirit of Old Havana. Located on the fourth floor of a hotel at 15 Page Ave., Hemingway's Cuba hopes to live up to the spirit of a former time and place where every visit felt like a celebration.

Fraga left Cuba in 1960, but it was not until he returned to his homeland for a family trip the summer of 2016 that he began to think about actually fulfilling a longstanding dream of bringing authentic flavors of Cuban food to an Asheville location. Upon his return to the city, the construction of the new Cambria Hotel proved fortuitous. It was then that plans for this unique restaurant were born.

Located on the hotel’s fourth floor, with an expansive outdoor deck and views of the Blue Ridge Mountains as a backdrop, the restaurant may be physically distant from Cuba, but Fraga built it from his memories of “Papa” Hemingway’s Havana favorite. The decor is modern and not reminiscent of the island nation, but the story of its creation and inspiration are intriguing.

Interestingly, Hemingway’s Cuba is open for breakfast except on Sundays, and again every evening for dinner; the restaurant does not serve lunch. Even though the decor is modern, if you enjoy a drink at the bar, you might find it hard to shake off the sense that “Papa” could walk through the door at any minute, fresh from a fishing trip and ready to tell stories.

It’s the kind of place that ignites the imagination and sparks good conversations. But in mid-2018, it’s only been open a few months, and may still have a few kinks to work out in terms of consistency and service.

Hemingway’s Cuba is a family undertaking, which is appropriate in a way. It was dinners with his father at Havana’s El Floridita Restaurant that inspired a young Tony Fraga. Now “Papa” Fraga works daily with his family not only to serve up his memories of Cuba to the public, but also to inspire a new generation of his family.

Cuban specialties highlight the menu, with plantains and black beans offered as sides, and a version of Cuban sandwich with egg on the breakfast menu! There are several paellas, and a sprinkling of burgers, sliders, wings and small plates. But it’s the empanadas and ceviche, and dishes with traditional Cuban pork, ham and seasonings that should attract your attention.

Here are some our our favorites and some we consider misses:

Cuban Sandwich, of course — El Cubano
Yes, it’s good. Yes, it has all the right ingredients. But we’ve had better. And that’s disappointing. Oh, we’ll return to try it again. And we’ll try other things, because the truth is we want this place to be really good!

Ropa Vieja
Said to be the most popular item on the menu, this Cuban style braised beef stew is flavorful and filling. Served with black beans and rice, its difficult to imagine that anyone would have room for dessert, especially if you begin your meal with an appetizer!

Escabeche
We found Hemingway’s escabeche tantalizing; it features large chucks of North Carolina “coastal catch” and marinated vegetables, and has ano interesting blend of flavors. Tablemates ordered ceviche and were also pleased with the taste, texture and portion size.

Seafood Paella
Although the dish was presented beautifully, it was a disappointment. The shrimp and clams, while tasty, were somehow just ordinary. Seafood was in short supply and the abundance of rice was over-cooked and under-seasoned.

Mojito
Not the muddled mint classic we were expecting, but a “poor cousin” with inferior rum and a single mint leaf floating on top.

Cuban Daiquiri
This was a win, but not in the running for title of “best in the world.”

We left, after a first visit, with the conviction that Hemingway’s Cuba has the potential to become a downtown Ashville gathering spot. Will it? With attention to detail and the appropriate food, drink and service tweaks, we hope so!

Insider Tip:
Arrive early to claim a window table, or plan on pre-dinner cocktails on the patio deck to drink in the spectacular view. It’s a highlight! 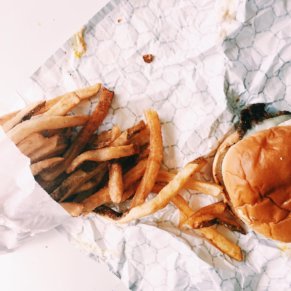 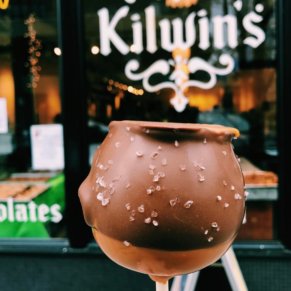 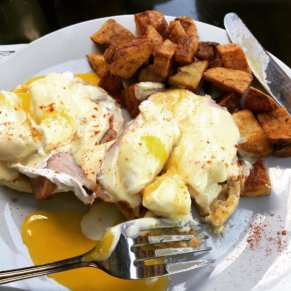