Friendly, comfortable brewery in an unassuming location offers up well priced, well made beers. A good place to bring your dog and a few friends for a flight or pitcher, plus basic, beer-friendly snacks.

When you’re craving the comforts of home and want do a little exploring, Lookout Brewing might be just the right combination you’re looking for! Tucked away in pretty nondescript location in Black Mountain, NC, the interior of this micro brewery provides a welcoming, comfortable atmosphere down to the coveted oversized armchair and dog friendly policy.

Let’s not shy away from talking about the BEER! Lookout Brewing strives to be “bold, innovative, and daring,” which can be a tall order given the crowded landscape of NC brewing. But they come pretty dang close to the mark, which a rotating range of great unfiltered brews that lean towards the hoppier side, and a few great standouts that are worth the trip alone.

The atmosphere at Lookout is awesome for an easy weekday night out, or a casual weekend afternoon to while away with friends. Nothing fancy, but we felt right at home, from the twinkling string lights dotting the ceiling to the cool poker chip system used to identify beers in a taster flight. Beers are poured up in thick mason jars, or cute taster glasses, depending on what (and how much) you decide to drink, and flights came in a nicely designed wooden taster board. Staff are friendly and knowledgeable, and overall it’s the right mix of feeling like you’re hanging out in your brewer friend’s garage, with some professional touches in the right spots.

Like many small breweries, Lookout has some regular staples, but is always experimenting with new brews and small batches, so this is a great place to stop by and sample something fresh and innovative, alongside a more standard favorite. Some of the most noteworthy brews for our crew included:

Lookout IPA
Their namesake is a solid, hazy IPA with a good blend of citrus and bitterness. Might even change the mind of someone who says they don’t like IPA!

Mother Pucker Sour Stout
Really cool beer for fans of sour and stout–this brew offers them both! Dark and rich, with a sour finish.

Topless Amber
Naughty name aside, this is a delicious knockout for fans of less hoppy beers. Yummy honey caramel flavors helped it go down smooth.

Worth a trip, and maybe even worth picking up some of their big, bold, 32 ounce cans to take home, Lookout Brewing is a welcome addition to the NC brewing scene. No snooty beer snobs here, Lookout is also a cool place to get some low key beer education with a friendly, welcoming vibe, all while kicking back with a sturdy jar of beer and hanging with some doggo friends. Win-win all around!

Insider Tip:
-On a budget? Lookout offers rotating specials, like dollar discounts on Tuesday, or Thursday night pitcher deals, plus cheap pours of PBR and $2 bottled soft drinks for teetotalers. Be sure to call ahead to confirm specials before heading out! 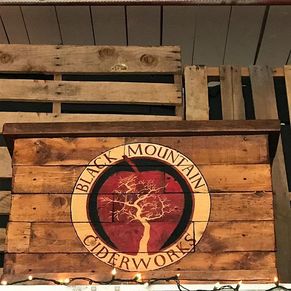 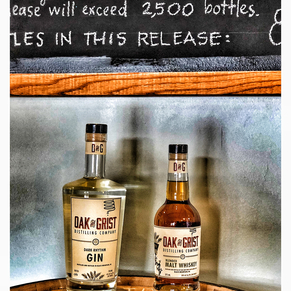 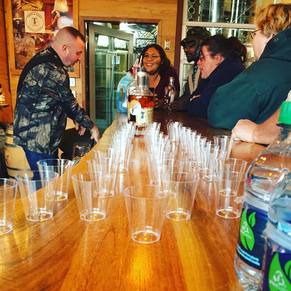