Tony Gore's BBQ has excellent hickory-smoked, pit barbecue and other southern favorites in a rustic setting. However, even they will admit the service is slow due to cooking food to order. In a hurry? Opt for another place. If you have time to spare and can get over small sides, the HUGE serving of meat will leave you happy!

If you can imagine a single-story wood-frame building along a highway, you have a pretty good idea of what Smoky Mountain BBQ & Grill looks like. The plain exterior matches the plain, narrow interior of the restaurant. Although the interior is on the small side, covered tables located just outside the doors do provide more seating.

In order to understand why some of his customers visit, it helps to understand who Tony Gore is. Gore began his gospel music career at the age of 14 in his home state of Alabama. It didn’t take long for his career to take off as the group he toured with made their way up the gospel music chart and became one of the most requested groups on Gospel Music Television and radio stations across the country. After changing groups a couple of time, Gore became a solo artist in 2002.

The restaurant was born after Gore had been on the road for 20 years, waking up in a different city each morning. Although he claims to have thoroughly enjoyed this period in his life, he longed to marry his two passions – gospel music and cooking. He had developed his culinary skills during those years on the road by creating dinners for the crew while they were busy setting up for a concert. In fact, there was an open invitation to other groups on the tour to join them for dinner after each night’s performance.

Today, Gore is serious about his barbecue. He uses an all-natural pit with 100 percent hickory smoked meats and slow cooks everything for hours. His sauces are original recipes, one of which was passed down to him by his grandfather.

A visit to Smoky Mountain BBQ & Grill offers the chance to enjoy a fairly extensive menu while listening to Southern Gospel.

Now might be a good time to reiterate the fact that there is nothing dietetic about Smoky Mountain BBQ & Grill. You can order a salad if you’d like, but few people do. The star of the show here is meat, with options like:

In fact, the only real downside of Gore’s eatery is the lack of vegetarian options. Unless you want to make a meal of sides, there’s little for your to sink your teeth into unless you’re a meat-lover. 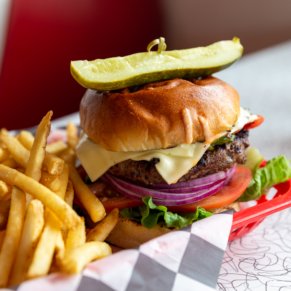 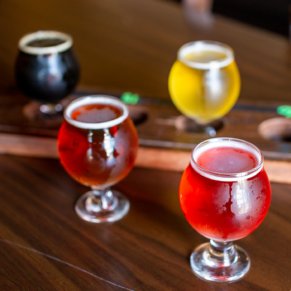 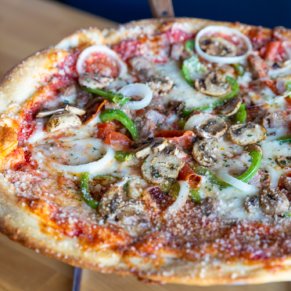 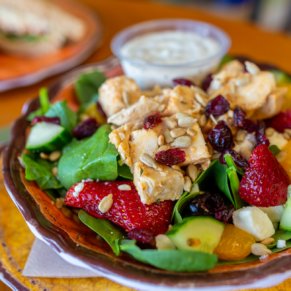 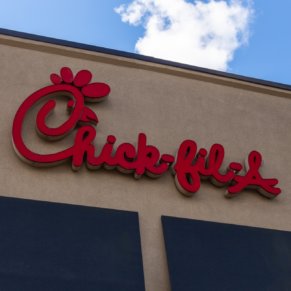 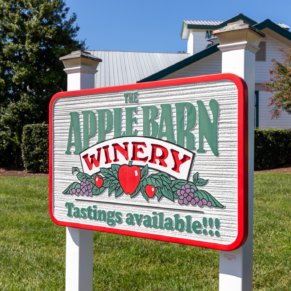