Camps Chicken provides Sevierville with some tasty open-pit barbecue goodness. The chicken is the main attraction, but the sides and the desserts are just as worthy of attention. This is a great place to go with a big appetite—and a big (hungry) group, too!

Opened in 2018, Camps Chicken & Grill offers some solid barbecue and often-outstanding sides and does so in the name of supporting camps for kids and special-needs adults in the area and beyond. That focus stems from the owner’s own experiences at youth camps.

An open barbecue pit is the center of the action at Camps Chicken, where the namesake poultry meat gets its smoky, falling-off-the-bone treatment and the corn roaster does a full day’s work. The smells alone are worth the price of admission. It’s down-home, no-hurry cooking of the sort that defines the cuisine of the American South.

Barbecue chicken anchors the signature plates, which present a half-chicken, a breast, or pulled chicken on a plate with cornbread or a biscuit and a variety of jelly spreads. These plates also come with one or two sides (though naturally, you can add more if you’d like), and these are really as much of a draw as the chicken itself. They include green beans, coleslaw, mac ’n cheese, potato salad, fresh-cut fries, corn salad, onion rings, and that richly roasted corn on the cob. (Larger servings of tater tots and onion rings show up on the Camps Chicken starters menu alongside bones wings and mozzarella sticks.)

You’ll also find sandwiches on offer here—the Pulled Chicken Sandwich, Chicken Breast Sandwich, and Chicken Salad Sandwich plus grilled cheese—as well as single, double, or triple hamburgers and cheeseburgers, all of them served on a grilled, buttered-up bun with lettuce, tomato, and pickles.

There’s a kid’s menu, too: the “Lil’ Campers Meals,” which include grilled cheese, a grilled peanut butter and jelly sandwich, a chicken plate (of pulled chicken, chicken salad, or a quarter piece), and that crowd-pleasing mac ’n cheese.

Diners with a sweet tooth will be happy with the lineup of desserts—including strawberry shortcake, banana pudding, soft-serve ice cream, and root beer floats—and the chocolate, vanilla, cookies-and-cream, and strawberry milkshakes. (Non-desserty drinks here include fresh-squeezed lemonade and soda.)

Now that we’ve sketched out the overall menu at Camps Chicken & Grill, let’s zoom in and spotlight a few definite stars of the culinary show here:

1/2 Chicken Signature Plate
Unless you’re a vegetarian or otherwise aren’t eating meat, there’s no reason not to sample the main offering at Camps Chicken & Grill, and while the chicken-breast and pulled-chicken plates are good choices we recommend starting with the half-chicken. The unique marinade and smoky flavor are worth experiencing, though depending on your level of barbecue connoisseurship and geographic affiliation you may quibble—that’s part of the nature of American barbecue, right?

Cornbread
The Camps Chicken & Grill cornbread you can choose to go along with your chicken plate is outstanding: There’s a good chance you’ll rank it among the best you’ve had!

Banana Pudding
A soul-satisfying run-through of Southern cuisine can be had at Camps Chicken with a chicken plate, a few of the more traditional sides, and some of the restaurant’s knockout banana pudding for dessert.

Come to Camps Kitchen & Grill hungry: This isn’t a place for light eating. And if you’ve got a few friends or family members along for the ride, why, all the better—more sides to try!

Insider Tip:
– Can’t decide which side or sides you want to order at Camps Chicken? A common problem—and one with an easy solution: You can ask for samples to help you make up your mind! 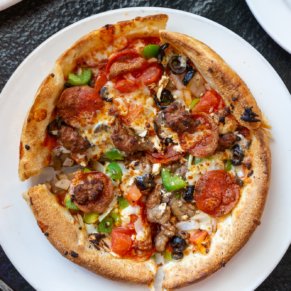 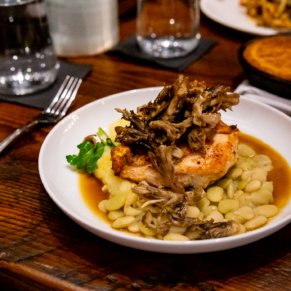 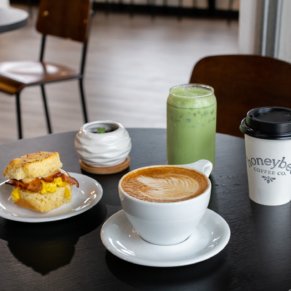 The Appalachain
#1 of 50 Sevierville Restaurants
5.0