Calhoun's offers a two-page menu with plenty of options for healthy eaters. It's mainly for carnivores, though. The pork dishes are all divine, and Calhoun's serves them with its proprietary BBQ sauce, featuring a flavor so good you can send it to out-of-town friends as a Christmas gift each year.

When you visit the Smoky Mountains, you want to enjoy an authentic East Tennessee experience, and nothing is more authentic than SEC football. One of the traditions for fans of visiting teams is to exit Neyland Stadium and head over to the best BBQ joint in town. In Pigeon Forge, you can eat the same mouth-watering BBQ without fighting all the football traffic.

Located at 2532 Parkway, Calhoun’s Pigeon Forge is easy to reach since it’s right off the main road in town. You know that you’ve arrived once you see the unmistakable waterwheel outside. The building is part of The Shops at Walden’s Landing, which was once Ogle’s Water Park.

Eating at Calhoun’s is one of purest joys in East Tennessee. The restaurant’s appeal speaks for itself, as it’s equally popular with tourists and locals. It’s a multi-time winner of the coveted Best of Knoxville reader awards, which means it wins the popular vote for best BBQ in East Tennessee regularly.

You should expect to pay about $20 per person for your meal. For that money, you’ll enjoy a savory BBQ meal that’s arguably the best available in the Smoky Mountains. Calhoun’s is a weekly tradition for many families in the area. Despite having a deep list of other options, you’ll keep coming back to East Tennessee’s finest BBQ restaurant.

While there are tons of great options, some of the most popular are listed below:

The Copper Cellar Family of Restaurants owns and operates nine different Calhoun’s restaurants in East Tennessee. This company also owns Smoky Mountain Brewery, which is only a few steps away from Calhoun’s in Pigeon Forge. The two restaurants share many of the same menu items, but only Calhoun’s can claim a place on countless Best Gameday Restaurants lists.

Smoky Mountain Brewery (SMB) is a great place to sample a few craft beers, though. They also have live performances plus games and trivia nights. Due to shared management, you can find out about entertainment options at SMB when you’re at Calhoun’s. Lots of tourists visit both places during one stop. 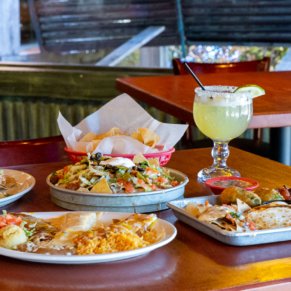 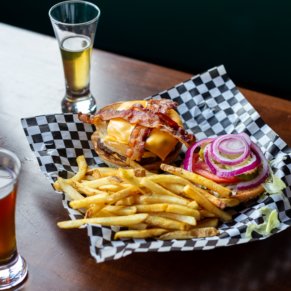 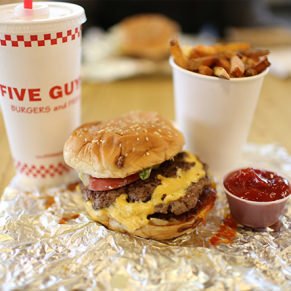