Convenience is definitely something you will appreciate about this unique property. Located literally across the street from Dollywood and Splash Country this park like setting has all the conveniences without all the hassle of heavy traffic and congestion.

Simply decorated you will find all the creature comforts of home and this will soon become your haven from the cares and worries of the world. The retreat atmosphere is almost like the feeling you had when you were young and the excitement of a camp visit was all you could think about. Quiet nights by a bon fire reflecting on the goodness of our Creator will put you in the right frame of mind. From small parties of only two people to very large ones of several hundred this village is equipped to handle all your needs. If you are simply planning some time away with your significant other or you are in need of a venue with ample room for a large crowd this will suit your every need.

Whether it be a church retreat wedding family reunion corporate event or a getaway for just the two of you our vacation planners are standing by to help you plan the perfect visit to the Great Smoky Mountains of East Tennessee. Call today!!

60 days prior to arrival a refund by Host is available with a 10% cancellation fee. Host does not under any circumstances provide refunds for cancellations requested within 60 days of reservation arrival date.

This host has generous pet policy that includes your first pet free of charge in this pet-friendly property. If you choose to bring a second pet, the local host will collect a $50 plus tax fee prior to check-in.

Unless otherwise stated in the unit description, the maximum weight is 35 pounds and the following breeds are never allowed: Pit Bull, Rottweiler and Doberman.

We can’t wait to come back and stay! Very homey & clean!!!

We are so glad to hear that you enjoyed your stay with Eden Crest. Our staff strive very hard to make our guests vacation experience the best that it can be. We always love to hear such great positive feedback. We look forward to having you come stay with us again.

Thank you for taking the time to share your comments. These reviews are very important to us as they advise us on where we excel and where we may improve. We appreciate you taking the time out of your busy day to share your comments. Our team strives to provide each guest with an exceptional escape to paradise! We look forward to seeing you again soon.

Property is well located for attractions. Very clean and spacious. Appreciate it being pet friendly. Needs lights in showers and outside lamp posts replaced. I will rent this again.

Thank you for filling out this survey. The team here is thrilled to hear that you enjoyed your stay. We look forward to seeing you again soon!

The cabin was nice and in a great location, but we had a frustrating start. We arrived 2 hours early and called to request an early check in. They said we would have to wait till it was inspected. We waited and saw no inspection and received our door code at 3:59 PM. The door code did not work so we had to call for assistance. The maintenance man arrived 25 minutes later to let us in. Our alarm code was also wrong so the alarm went off. (We heard 2 other alarms go off around that same time.) Maintenance man had to call to get a code to shut off the alarm. We did not have a welcome pack in our cabin and the office staff said they could not bring it to us. So we had to waste 40 minutes in traffic to retrieve the welcome pack from the office. The fireplace set off all the smoke detectors so we could not use them. Frustrating is putting it mildly when spending $320 per night. Other than those service issues the cabin was fine.

Thank you so much for taking the time to fill out the survey regarding your stay. These surveys are very important to us as they allow us to discover what areas we excel at but also what areas need attention. Your feedback is vital to our future success as we learn so much from our guests that allows us to continue providing excellent customer service. Our desire at Eden Crest is to try and provide all guests with a wonderful vacation experience. We hope to see you again very soon!

Thumbs up to a nice chalet

I stayed in the cedar falls chalet during rod run weekend 2016. My biggest concern was the location but it turned out to be easily found and close by. When they said its directly across from Dollywood they meant it. You could use veterans Blvd to bypass all of the traffic and reach the chalet in no time. Definitely going to use Eden crest again. Plus the price could not be beat.

Thank you for taking the time to fill out this survey and for choosing Eden Crest Vacation rentals as your vacation destination. Our desire at Eden Crest is to try and provide all guests with a wonderful vacation experience. The team here is thrilled to hear that you enjoyed your stay. We hope to see you again very soon!

The property was well maintained and very clean. We had all our children there for our 50th anniversary and we had plenty of room along with our privacy.

Congratulations! We are so honored to be part of your special memory. We always love to hear such great positive feedback. We look forward to having you come stay with us again.

This was my 6th time staying in a cabin through Eden Crest. All previous times had been great, including the two previous times I’d stayed in this exact cabin, but this time was disappointing. About 1 pm on Wednesday, July 25th, we headed to the cabin because I got the message in the app with the door code. We tried it and it didn’t work. I called Eden Crest, and the person I spoke to on the phone was rude saying “it doesn’t matter if you get the code in the app, you have to get it in a text message, that’s when the cabin is ready.” He said the inspector still had to come and once the inspector gave it the all clear, we could go in. We decided to leave stuff on the porch and go about our day. As we were leaving, the inspector showed up. He had a horrible attitude. He said, “Did they already let you in?” I explained to him the situation. He said he needed to go through the cabin. He did and tells us that there were a few things he needed to fix. We said, “can we at least set our stuff inside?” He said, with a very sarcastic and rude attitude “Well if they said you could go in, then go ahead.” So, we try to go in and the door is locked again. And at this point, the inspector has jumped in his truck and already left. Frustrated, we left. About 3:30 pm we get the text with the door code. The door code sent in the text wasn’t the same as the one in the app. What’s the purpose of sending the code in the Eden Crest App when a) it doesn’t mean anything, because the cabin wasn’t ready and b) IT’S THE WRONG CODE! When we arrived back at the cabin around 7:30 pm, we were in a hurry to get the two young kids to bed. Turns out, there was only one pair of full size sheets for the bottom bunk, and the rest were twin sheets. We weren’t going to put the kids on the top bunk, so we took sheets off one of the queen beds in a

Wow. We are shocked to hear that you thought that everyone you spoke to was rude. We strive to provide every guest with exceptional care and friendly customer service. We are typically known for having very friendly service. We always strive to improve where we fall short thus the reason we record all of our phone calls. We reviewed the call that you had with one of our Vacation Planners and his tone was friendly and accommodating. He was clearly surprised to hear that the automated system had sent you a door code so early but it was never his intention to be rude. We have removed the automated system from sending the codes out at all so that this sort of confusion can be avoided in the future. Again, we are sorry that you did not enjoy your stay and that you thought our staff was rude. It was never any intention to be rude. Please accept our sincere apology.

We had a great time with our family.

We greatly appreciate the time you took to share your positive review with us. These reviews are very important to us, as they allow us to know where we can make improvements but also when we excel. We have a great team that truly want to make each vacation experience a wonderful memory for our guests. We look forward to seeing you again in the future.

Cabin was clean and comfortable. Maintenance came quickly to replace light bulbs and smoke detector battery. The only negative was I did not receive the door code in the app as I was told I would. When I called the office I was told a message was left on my cell phone. I never got that message. When I arrived back home the message was on my home phone which had been listed as alternate and not the travel phone.

Your feedback is vital to our future success as we learn so much from our guests that allows us to continue providing excellent customer service. I do apologize about the mix up over the phone number. Thank you for taking the time to fill out this survey and for choosing Eden Crest Vacation rentals as your vacation destination. We look forward to seeing you again real soon.

Great experience as always in this group of properties!

We greatly appreciate the time you took to share your positive review with us. These reviews are very important to us, as they allow us to know where we can make improvements but also when we excel. We have a great team that truly want to make each vacation experience a wonderful memory for our guests. We look forward to seeing you again in the future.

Previous More Reviews >
You won’t be charged yet.
Nearby Cabins 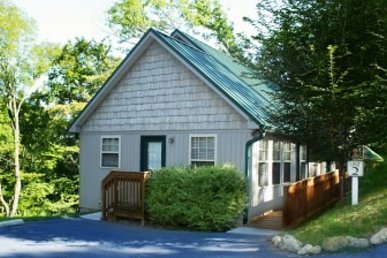 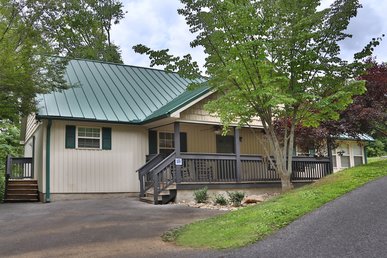 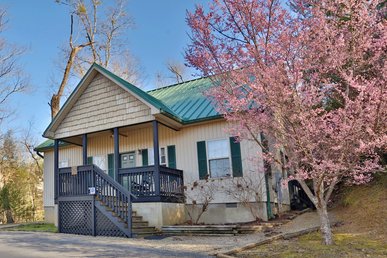 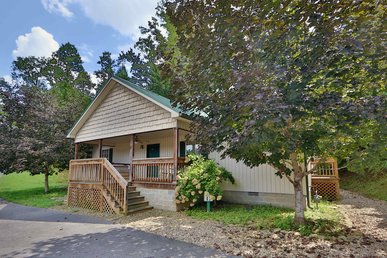