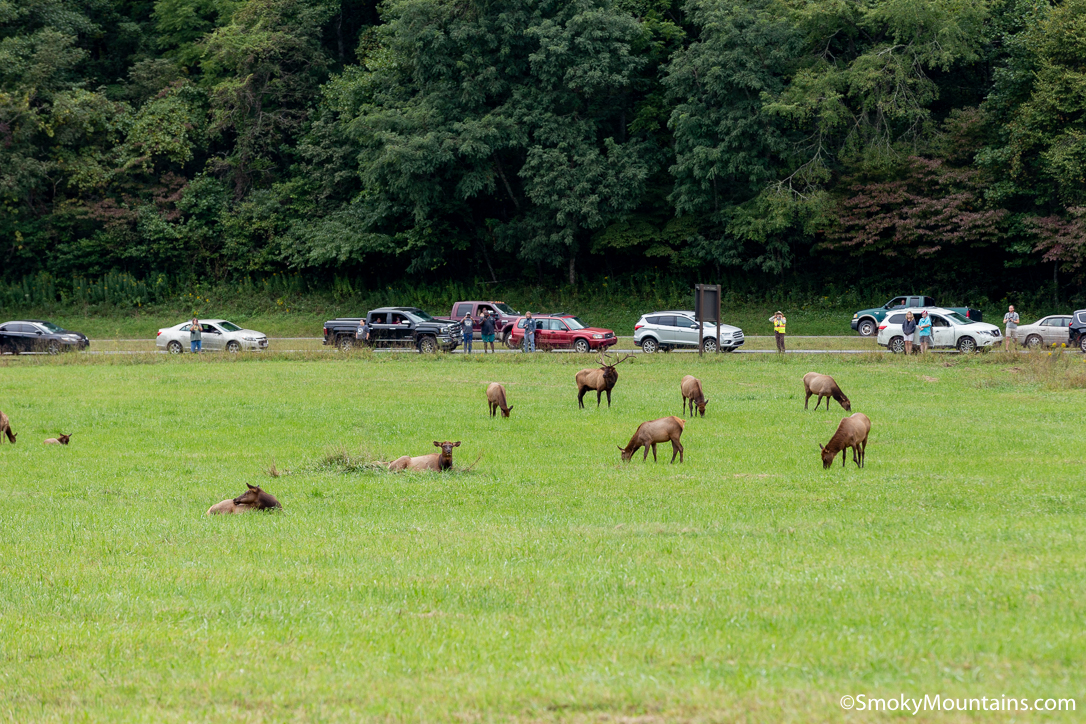 Many visitors to Great Smoky Mountains National Park hope to spot some of the native wildlife of the Southern Appalachians. Even though the dense forests that cloak most of these highlands restrict sightlines more than the wide-open spaces of Yellowstone or Denali, the Great Smokies are nonetheless a fantastic place to see wild animals. That’s especially true for the patient, sharp-eyed, and early-rising among park visitors!

The Dazzling Wildlife Roster of the Great Smoky Mountains 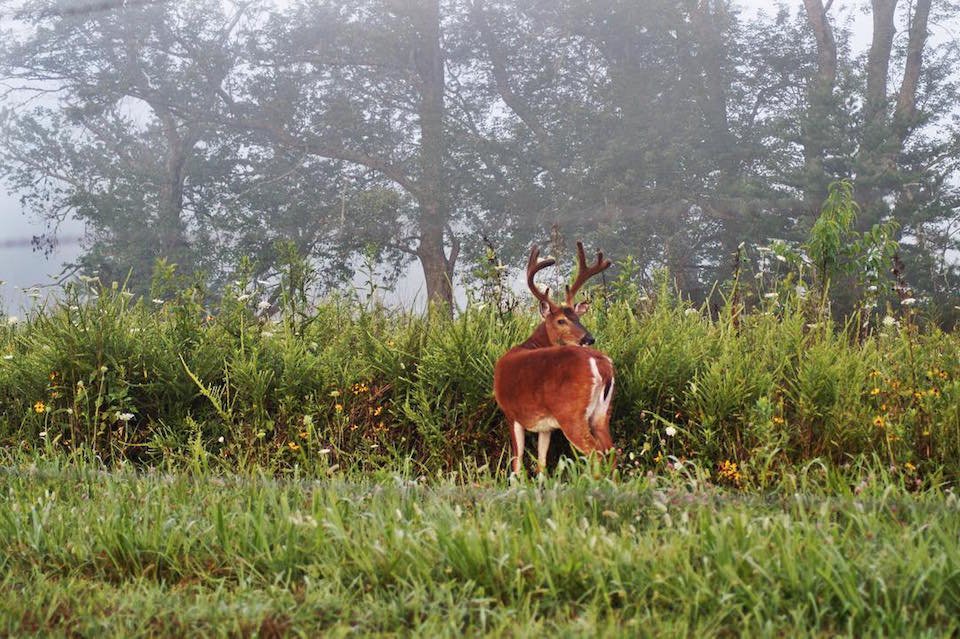 The Smokies—and the Southern Appalachians in general—harbor some of the most bio-diverse temperate ecosystems in the entire world. Indeed, the Great Smoky Mountains National Park is the most species-rich unit in the National Park System.

That species richness includes impressive lists of fungi and plants as well as quite the haul of critters. Great Smoky Mountains National Park plays host to nearly 70 species of native fish, more than 80 kinds of reptiles and amphibians, some 65 species of mammals, and about 240 species of birds. And then there are all the insects and arachnids!

Needless to say, from forest-floor beetles and rotten-log salamanders to heavyweight black bears and elk, the Smokies are one of the East’s genuine wildlife hotspots.

Black bears may be the most famous residents of the Smokies, but many scientists around the world know the range most for its astonishing salamander diversity. The Great Smokies are often called the “Salamander Capital of the World” given the abundance and variety of its “spring lizards,” as salamanders are colloquially known in the Southern Appalachians.

But despite a superficial resemblance—skinny body, four legs, long tail—salamanders are not lizards, which are reptiles. Salamanders are amphibians, with moist skin and eggs laid in jellylike sacs. The most diverse of the park’s salamanders are the “lungless salamanders,” which actually breathe through their skin.

The park’s salamander squad inhabits a wide range of habitats. There are river-dwelling species such as the mudpuppy (aka “waterdog”) and the magnificent hellbender, the biggest salamander in North America, sometimes growing more than two feet long. Others favor creeks and brooks, while others roam terrestrial environments, including up into the high-elevation mountain forest. The aptly named cave salamander, meanwhile, calls the depths of shadowy caverns home.

Keep your eyes peeled on creekside rambles, or while walking along damp forest trails in the park: If you zoom in a bit, you’d be surprised how many salamanders you can run across. 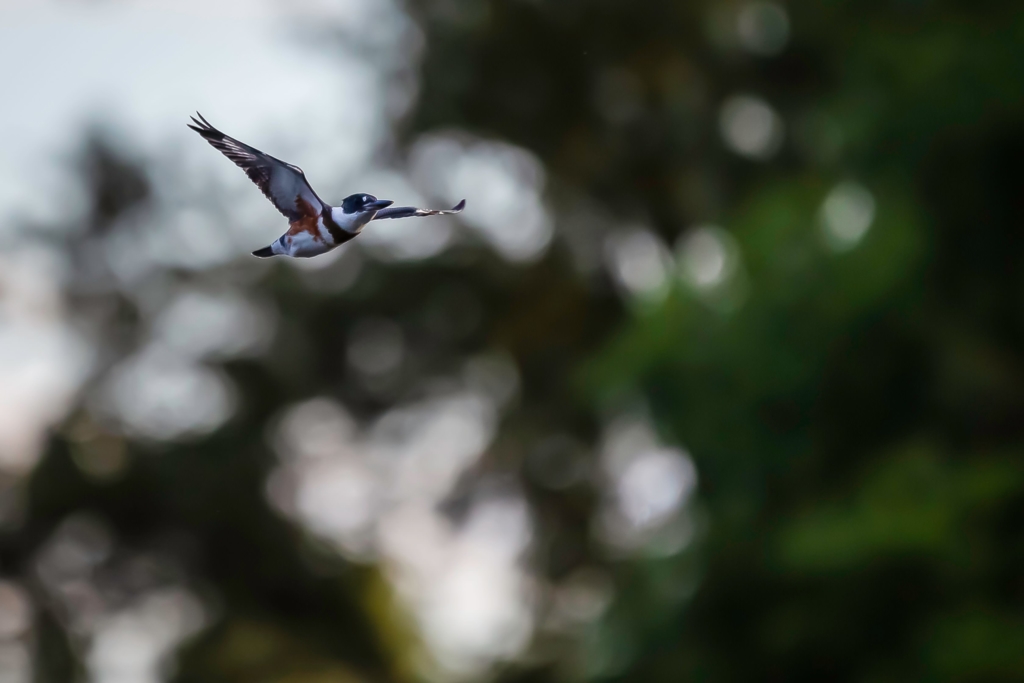 Smoky Mountain birdlife is tremendously rich throughout the seasons, though the feathery action truly peaks during spring and fall migration. Some 60 kinds of birds reside in the park year-round while breeding birds here account for nearly 120 species. Many other birds swing through the mountains on their north-south migratory journeys.

As with salamanders, the bird community sweeps from the park’s lowest elevations to its loftiest places. Down in a cove forest, you might spot yellow-billed cuckoos, brilliantly colored scarlet tanagers, or the equally flashy American goldfinch. Belted kingfishers are common sights along park rivers. Flocks of wild turkeys prance around the Cades Cove meadows. At the other end of the elevational spectrum, watch (and listen) for chickadees, nuthatches, saw-whet owls, and croaking ravens up in the spruce-fir woods of the peaks and ridgetops.

The Mammals of the Great Smokies 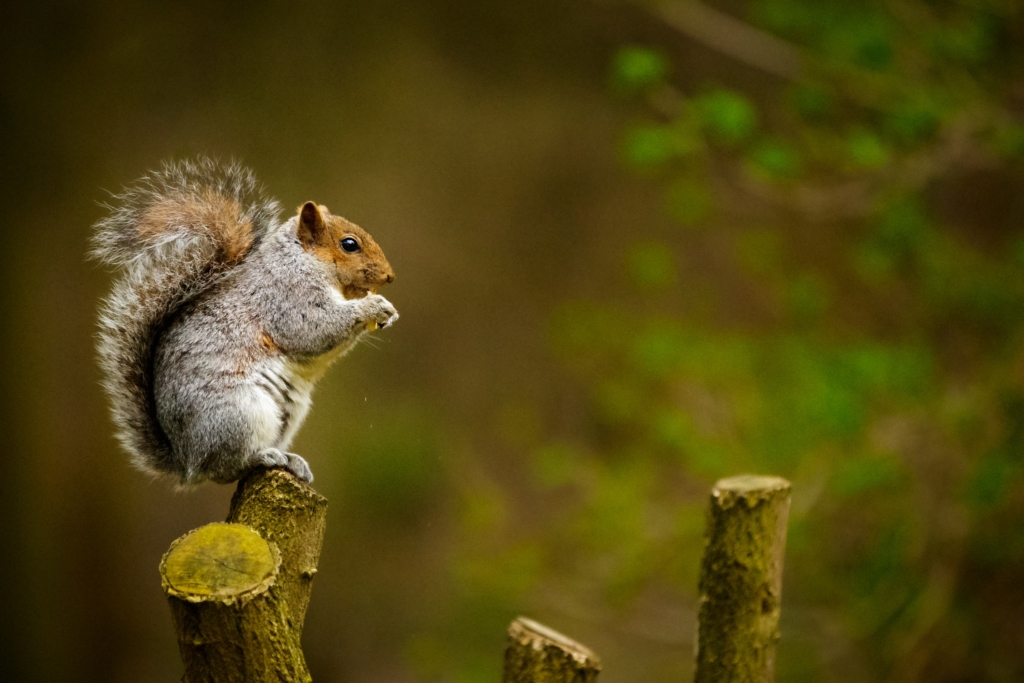 From deer mice, chipmunks, and flying squirrels to white-tailed deer, black bears, and elk, Smoky Mountain mammals come in quite a range of shapes and sizes. Whitetails are the most commonly seen large mammals, but in the right place at the right time you’ve got a great chance to spot their bigger cousins, the reintroduced elk.

Nearly every parkgoer, meanwhile, wants to glimpse a black bear, some 1,500 of which inhabit the Great Smokies—but only at a safe distance! Black bears find fantastic habitat in the Smoky Mountains, feasting on everything from green leaves and stems to insect larvae, tree nuts (“hard mast”), and occasional deer fawns. Many of the park’s bears den in cavities in huge, often dead trees: features of the Smokies’ extensive old-growth forest that has become rare in much of the Southern Appalachians.

Among the most elusive Smoky Mountain mammals are the small and midsized carnivores, which include red and gray foxes, bobcats, weasels, and mink. Coyotes, which naturally expanded into the Southern Appalachians in the 20th century, are often seen in Cades Cove.

It’s not unusual to see the national park’s most notorious non-native mammal species or at least signs of it. Feral hogs (“razorbacks”) can do immense destruction to the forest floor as they root about, and compete with deer and bears for acorns.

While elk have returned to the Smokies, a number of other big native mammals were killed off in the 1700s and 1800s and no longer roam these mountains. They include American bison, cougars (aka pumas, mountain lions, or panthers), and red wolves, which the Park Service attempted, unsuccessfully, to reintroduce in the 1990s.

Tips for Watching Wildlife in the Great Smokies

Particularly when it comes to mammals, early morning and evening are the best time to go wildlife-viewing in the Great Smokies. Cades Cove, as we’ve already alluded to, is a great destination, given how often deer, coyotes, groundhogs, and black bears are seen here. The Cataloochee Valley and Oconaluftee Visitor Center area are good places to look for elk, especially (again) early and late in the day.

Particularly if you’re coming to the Great Smokies in the spring and early summer, you might try learning common bird songs and calls ahead of your visit. Even when songbirds are hard to see amid that season’s thick foliage, the avian soundtrack all day long is marvelously diverse. You’re likely to identify dozens and dozens of species in your vicinity, even if you never actually clap eyes on them! 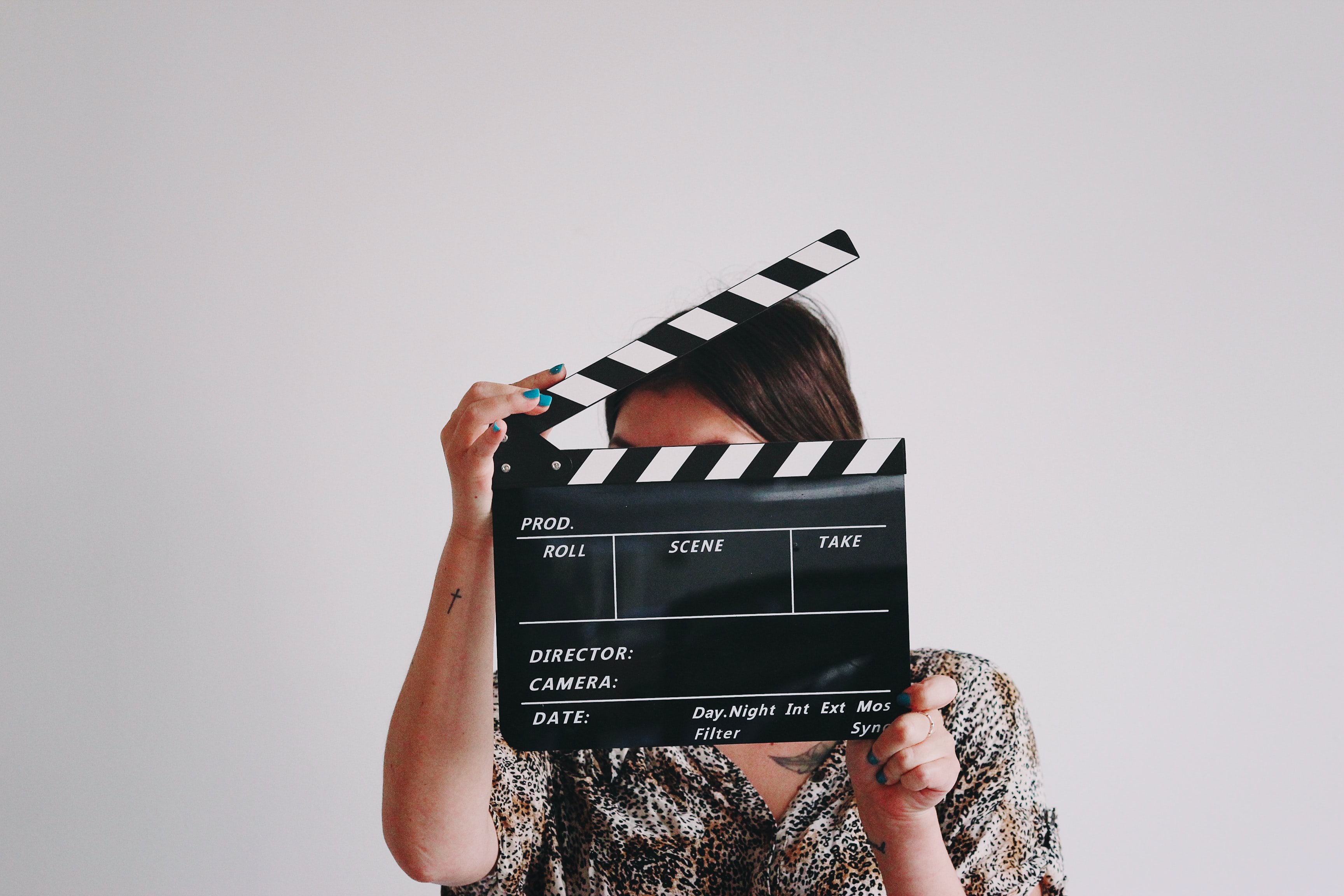 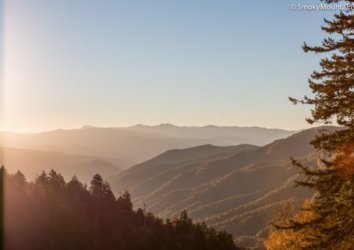