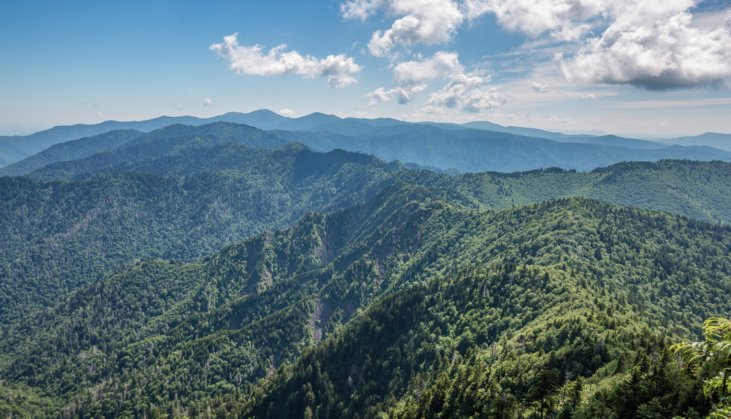 The Great Smoky Mountains: one of the most iconic place names of any mountain range in North America. Often shortened to the “Great Smokies” or simply the “Smokies” (alternatively spelled “Smokeys”), the name of this forest-cloaked range—considered by many to be the grandest in the Southern Appalachians—is a wonderful reflection of a characteristic natural phenomenon and a nice blend of indigenous and Euro-American nomenclature.

The Place of the Blue Smoke: The Ethereal Optics of the Great Smokies

The native Cherokee people traditionally called the Great Smoky Mountains Shaconage, which translates to “place of the blue smoke.” Euro-American settlers drew from this name in their own label of “Smoky Mountains,” with “Great” being added at some point or another to reflect the massiveness and grandeur of the range.

More often than not, the inspiration for the Cherokee name is plain to see on one of the many long, mountain-upon-mountain vistas the Great Smokies serve up from such vantages as Newfound Gap, Clingmans Dome, or Charles Bunion. There’s a whitish-blue mistiness to the scenery, a beautiful kind of haze that slightly blurs the long ridges and rounded peaks.

That haze is the optical result of a natural photochemical process. The trees, shrubs, and other plants of the dense and diverse Southern Appalachian forests emit natural hydrocarbons called terpenes that react with ozone particles wafted down from the stratosphere. Moisture condenses on these aerosols, which then scatter the shorter wavelengths of light in the blue-violet spectrum to produce the signature haziness.

The same natural haze explains the name of the broader Southern Appalachian province to which the Great Smokies belong: the Blue Ridge Mountains. (Similar plant-produced aerosols are behind the labels of some other mountain ranges in the world, including the Blue Mountains of Australia.)

Historically the Great Smokies and a number of neighboring ranges were classified together as the “Unaka Mountains,” a name still sometimes used in this sense but more commonly to a specific Southern Appalachian subrange that includes the Roan Highlands. “Unaka” derives from the Cherokee word for “white,” and some have speculated that’s also a reference to the highland haze of the region—which, as we’ve mentioned, can look as much whitish as blueish—though it may also stem from the blossoms of American chestnuts or a geological formation.

As Owen Link McConnell notes in his book Unicoi Unity: A Natural History of the Unicoi and Snowbird Mountains and Their Plants, Fungi, and Animals, the natural haze of the Southern Appalachians doesn’t obscure sightlines the way, say, smog pollution does. “Rather,” he writes, “it imparts a lovely iridescent blue quality to distant objects, magnifying the perception of depth and three-dimensionality.” (The Unicoi Mountains, incidentally, lie just south of the Great Smokies and are also part of the Unakas.)

The author and woodsman Horace Kephart, who lived in the Great Smoky Mountains and advocated for the creation of the national park, wrote beautifully about what he called the Smokies’ “dreamy blue haze” in his well-known 1913 work Our Southern Highlanders, which documented Smoky Mountain culture. “It softens all outlines and lends a mirage-like effect of great distance to objects that are but a few miles off,” he wrote, “while those farther removed grow more and more intangible until finally the sky-line blends with the sky itself.”

It’s not only the terpene-ozone haze that gives the Great Smokies their “smokiness.” The range’s plentiful moisture— partly produced by the forests themselves via transpiration and also from the copious rain (and high-elevation snow) these bulky mountains capture—don’t only condense on the natural aerosols but also ensure no shortage of mist and cloud. (By some definitions, the luxurious vegetation of the Great Smoky Mountains constitutes a temperate rainforest.) On a rainy day, the views of cloud-wrapped and cloud-shredded mountains are just as dramatic as the famous blurred blue of a sunny afternoon.

Take in the “Dreamy Blue Haze” of the Great Smoky Mountains

Seeing the soft-edged blush of the Great Smokies from a roadside pullout or a ridgeline bald never gets old. Next time you soak it in, maybe the old Cherokee name for this extraordinary range will come to mind: the “place of the blue smoke,” indeed! 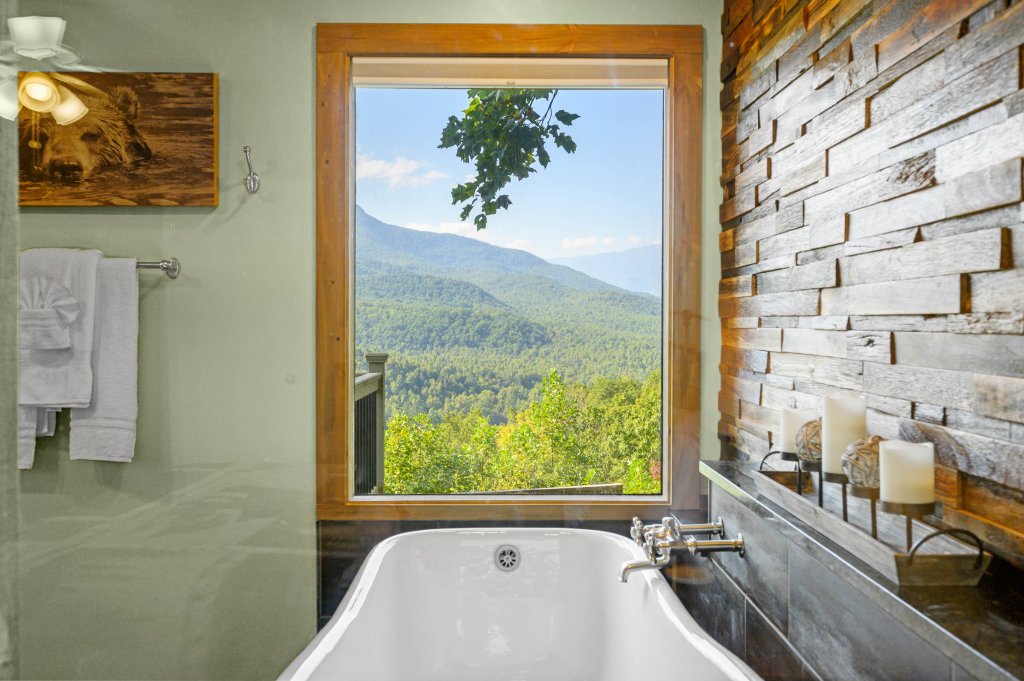 National Park Blog
11 Cabins Near the Smoky Mountains You Absolutely Must Visit This Spring
By Brittany Mendez on March 4th, 2022 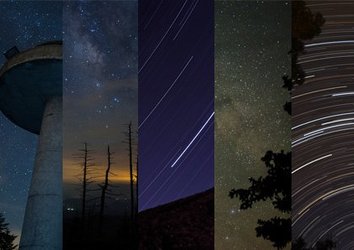