Flapjack's Pancake Cabin offers all your breakfast favorites under one roof. While the pancakes dominate the menu, don't miss out on other options such as the skillets or egg platters. If you're coming to Flapjack's on a weekend, prepare to wait for 30 to 45 minutes for a table unless you get there at opening.

Going from an idea to seven locations in just 17 years isn’t an easy task. You need the right food, staff, and mentality to make it work. Yet that’s just what Flapjack’s Pancake Cabin has done. During this time, the restaurant has served more than 5 million customers and expanded from a single location near the Smoky Mountains to locations across eastern Tennessee and South Carolina.

While the food is more than acceptable across the board, it’s the pancakes that have truly put Flapjack’s on the map. Southern Living Magazine awarded Flapjack’s as the best breakfast place in the South based on its amazing pecan pancakes. Delish.com followed that up with honors as the best pancakes in Tennessee, and the rest is history.

At a place like Flapjack’s, the pancakes reign supreme. No visit is complete without at least trying some. The best part is that you can order them as your main course or as a side to another entrée. If you’re in the mood for a wholesome meal, order a full stack, which gives you four pancakes to savor.

Options include classics such as buttermilk, fresh strawberry, and chocolate chip. However, it might be the off-the-wall flavors that appeal to you. When you want something that’s a cross between a dessert and breakfast, go with the Reese’s peanut butter and chocolate chip or the sticky bun, which has cinnamon swirled pancakes topped with pecans and drizzled with creamy icing.

If you aren’t feeling a burst of sugar for your morning excursion, you can still find a fantastic meal at Flapjack’s with the restaurant’s savory options. The egg platters offer eggs cooked your way and a type of meat of your choice, including steak, ham, bacon, or sausage. The pork chop breakfast is a harmonious blend of a Southern dinner favorite and breakfast featuring two pork chops, cinnamon apples, skillet potatoes, biscuits ‘n’ gravy, and two eggs.

Omelets are another delicious choice at Flapjack’s, cooked to order exactly to your specifications. Choose from an array of fillings such as bacon, ham, chorizo, mushrooms, salsa, green peppers, and more. If you’re the indecisive type, pick the veggie, Spanish, or the works instead.

Although the pancakes are the typical pick, the most popular and loved items are the campfire skillets. Cooked over a cast-iron pan and served with two pancakes, these skillets are the best of both worlds. The Rocky Top Skillet features two sausage biscuits, two eggs, and skillet potatoes served with biscuit gravy. When you need a little kick, the Spanish Skillet brings a taste of the Southwest to your plate. This includes chorizo, eggs, green peppers, onions, and cheese served with a side of salsa and sour cream. 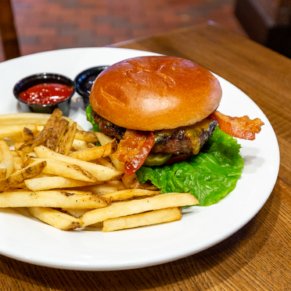 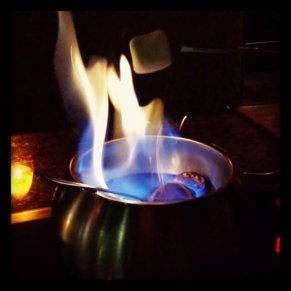 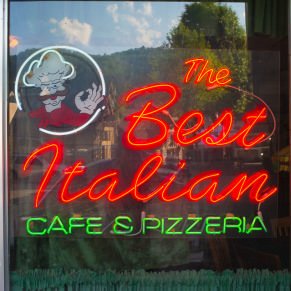 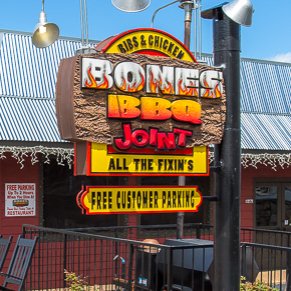 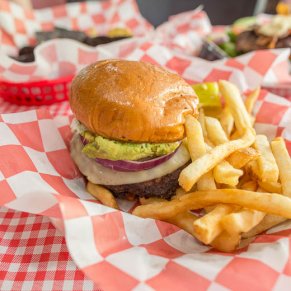 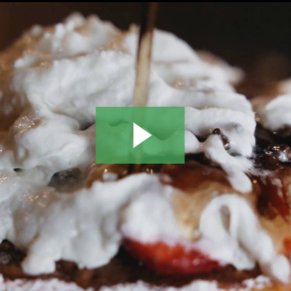 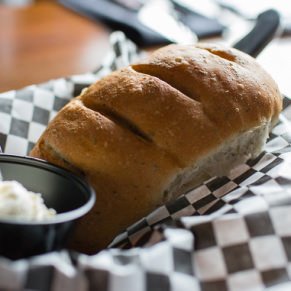