While this ride is simple and fun, if spinning rides make you nauseous, this one may wreck your day - riders be forewarned!

Imagine being on a giant wheeled saucer that’s flying back and forth on a half-pipe. Oh, let’s not forget you’re also spinning in circles at the same time! Prepare to see the world spinning as this ride is the essence of dizzy fun! This ride has just about every aspect of a stomach-turning good time all put together in one dizzy mashup!

Step on up to the colorful, round saucer that’s lined with seats along its edge. You’ll get to take your pick of seat, but you’ll get the same sensation on all of them! Sit down on what you can think of as a backwards chair. The front of your torso will be leaned up against the “back” of the chair while your back is out. Once everyone is seated, a back bar is raised up and put against your back to ensure you don’t go flying off the disk! You’ll be thankful that it’s a little bit of a tight squeeze once you feel the force of the spinning.

Once the ride starts, hold on tight! You begin spinning right off the bat; it is called the Dizzy Disk after all. A second later you’ll start rolling up and down on the half-pipe. The combination is one of epic dizzy proportions, and will have you laughing the entire time! You’ll get a better idea of what it would be like to be a frisbee while you ride this gigantic disk. This is the perfect ride for anyone who loves a head-spinning good time!

Insider Tip:
This ride does exhibit fast spinning; we don’t suggest riding if you get motion sickness or headaches easily. 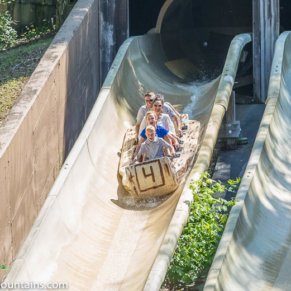 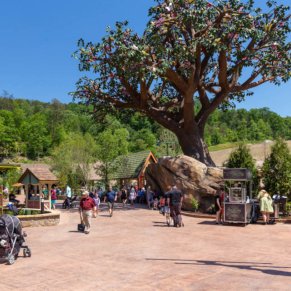 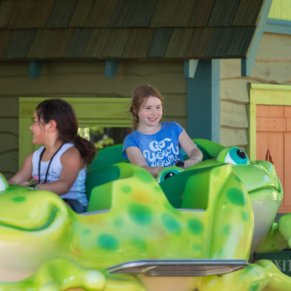 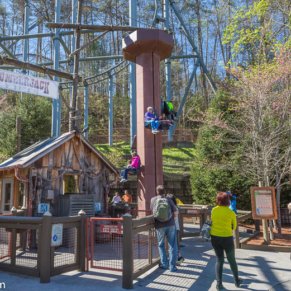