Cinnamon Bread at the Grist Mill

"Dollywood's Signature Dessert", the Cinnamon Bread at the park’s Grist Mill is an old-fashioned cinnamon bread that’s baked fresh and extremely popular - it just might be the best thing you've ever tasted!

Of all the food options at Dollywood, which have been recognized at large by Amusement Today as being the best food at any amusement park in the country, there’s one offering that’s especially popular. The Cinnamon Bread at the park’s Grist Mill is an old-fashioned favorite that’s baked fresh and simply delicious.

The Cinnamon Bread itself is served fresh from the oven, and it’s baked to perfection. The outside is crispy, the inside is fluffy, and the whole thing almost falls apart without tearing. Before serving, the bread is drenched in butter and sprinkled with cinnamon sugar to give it the beloved rich flavor. Being so fresh and well-prepared, this is one treat that it’s worth breaking a diet for.

As good as the Cinnamon Bread is to eat, eating alone is only part of the reason to come to the Grist Mill. The bread is made from scratch — and from scratch doesn’t just mean mixing ingredients together. The flour that’s used is actually ground on-site in the Grist Mill, which is the first fully functioning grist mill in the state in more than a century.

Unless you’re gluten-intolerant, the Grist Mill’s Cinnamon Bread is one of Dollywood’s best-known treats and an absolute must-try. Make sure to get more than one loaf, as the first will probably be quickly gone.

Additionally, take some time before or after purchasing a loaf, and watch how flour used to be made. The motions and sounds of the mill are poetic and mesmerizing, and young children are often especially captivated by the workings.

Insider Tips:
– Don’t be dismayed if you see a line at The Grist Mill. The mill serves approximately 350 loaves of Cinnamon Bread per hour, and it’s equipped to meet the demand. Even a long line will move quickly.
– To try this special treat at home, pick up a copy of Dolly’s Dixie Fixin’s, a cookbook that’s available. The book has the Cinnamon Bread recipe in it for you to bake at home. 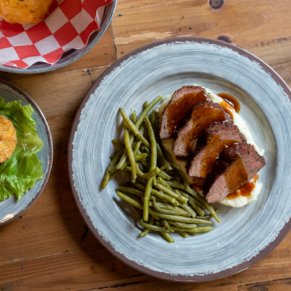 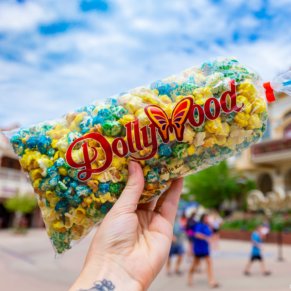 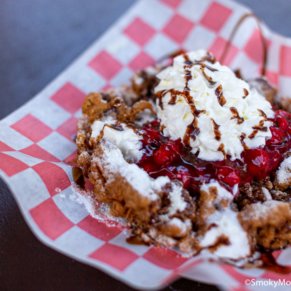