Site Navigation
#7 of 112 Asheville Things To Do

Haunted Asheville is the oldest running ghost tour in the city, led by guides who seamlessly interweave the history of Asheville with the spirits of those who appear to have stayed behind. The tour is more interesting than terrifying, but still a great way to spend time.

According to Joshua P. Warren, owner of Haunted Asheville, the city is famous for its spiritual activity. Warren believes that the mountains bear the residue of Native American spiritualism and that the Civil War left behind the spirits of those who lived and died in the region. According to Warren, psychics from around the globe visit Asheville to experience the mysterious vortex energy that emanates from the city.

Warren, who has become an internationally-recognized expert on paranormal research, is the man behind the company, but tours are primarily led by one of three knowledgeable and funny tour guides. They are a middle school science teacher and amateur paranormal investigator, an expert on the occult, and the founder of the Asheville Cryptid Society (in addition to ghost hunting, the word cryptid refers to entities like Bigfoot, chupacabra, or Mokele-mbembe). It is this fascinating crew that makes the tour so exciting.

There is so much information flowing during the Haunted Asheville tour that it would be easy to miss part of it. Between stories of the city itself and the ghosts who reside there, you might want to hit “rewind” to hear part of the tale again.

Here are two of our favorite scary stories:

The Grove Park Inn is one of Asheville’s premier hotels, opened in 1913 by Edwin Wiley Grove. After a career selling a malarial preventative tonic, Grove settled in Asheville and built Grove Park Inn to rival the finest hotels in the country. In addition to its world-class restaurants and spa, the Inn is allegedly home to a kindly spirit who has been seen roaming the halls for nearly 100 years. The Pink Lady is said to be the spirit of a young woman who fell from the balcony of her fifth floor room in the 1920s. Some guests says she appears to be a pink mist as she floats by, while others claim she is a fully-formed apparition, wearing a pink ball gown. There are those who say The Pink Lady threw herself from the balcony when her married lover ended their affair, and other who believe she was a debutante who simply slipped and fell to her death.

No matter how she died, The Pink Lady appears to be a kind, good-natured spirit. Children report seeing her more often than adults, and there have even been stories of her standing by the bedside of children who have taken ill while at the Inn, gently comforting them as she strokes their hands.

The happy spirit may be something of a prankster as well. She is often blamed when electrical devices turn on and off by themselves, or objects are rearranged in a room. She has even been accused of waking a sleeping guest up by tickling their feet.

The Pink Lady has been seen throughout the Inn, but is primarily attached to room 545, the room she was staying in when she died.

This story is sad for several reasons. The first is that a young 19-year-old college student named Helen Clevenger was savagely murdered. It was the summer of 1936 and a massive thunderstorm was raging outside. When a shot rang out in room 224, other guests simply thought they were hearing a clap of thunder.

The second (just as tragic) story involves a 22-year-old black employee of the Battery Park Hotel named Martin Moore who was quickly arrested, convicted, and executed for the crime – in spite of an airtight alibi.

The third, somewhat confusing, tale involves the writer F. Scott Fitzgerald, who was staying at the hotel at the time. Eight weeks after the murder, Fitzgerald appeared to be having an emotional breakdown of some kind. Not only was he at the hotel the night the girl was killed, but according to his secretary, he’d been suicidal that night and matched the description of the man witnesses say caused a commotion and had to be chased down.

No matter how she died or who was involved in her murder, it is said that you’re brave enough to stay in room 224 on a stormy night, don’t be surprised to see the bloodied ghost of Helen Clevenger. The poor girl cannot seem to find peace.

The tour ends with a trip into the basement of the Asheville Masonic Temple where guests are encouraged to explore Warren’s Mystery Museum.

– Wear comfortable shoes because the Haunted Asheville tour is a bit of a hike, including a steep hill or two. You may also want to bring water, particularly if it’s warm the evening of your tour. 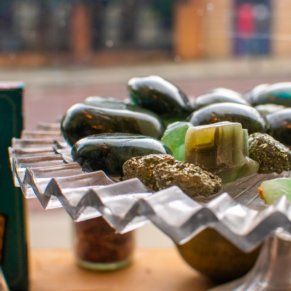 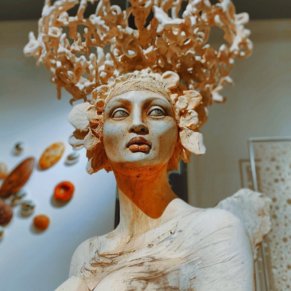