Situated in a 1930s-era building on the grounds of a historic CCC camp, Burial Beer Co.’s Forestry Camp Bar & Restaurant offers unique and awesome atmosphere, some excellent craft beers, and an ambitious, Basque-inspired menu split between casual bar bites downstairs and more formal dining on the second floor. It’s a cool concept for an eatery and as good a place for a laidback brew or two as some date-night haute cuisine.

Opened in September 2019, Burial Brewing Co.’s Forestry Camp Bar & Restaurant enjoys some of the most unique digs of any Asheville restaurant. It occupies a historic renovated building on the two-acre grounds of a 1930s CCC camp on the outskirts of the city that once housed some of the workers who helped build the Blue Ridge Parkway.

Asheville’s Burial Brewing set up shop on the property in 2015, refurbishing other buildings for production and administrative facilities before unveiling this creative dining and drinking space. Part of the idea of Forestry Camp Bar & Restaurant is serving as a showcase for food artisans, brewers, winemakers, farmers, and other craft makers and producers from the region and beyond.

The restaurant comes split between a downstairs taproom and a dining room on the second floor. The taproom offers beers and other drinks as well as tapas-style bar bites, which in Basque cuisine go by the label pintxos. No reservations are required (or accepted) for this casual tavern-style hangout, service for which is mainly conducted up at the bar.

Upstairs, meanwhile, the restaurant offers reservation-only fine dining with full table service. So whether you’re in the mood for a beer or two with friends (and maybe some high-end snacks to go along with the suds), or a semi-fancy sit-down dinner centered on some elegant and inspired plates, Forestry Camp Bar & Restaurant will happily accommodate you.

That Basque-inflected cuisine comes courtesy of Chef Brian Canipelli, a James Beard nominee who owns the Asheville Italian restaurant Cecina 24. While the seasonally informed menu is a dynamic and shifting one, examples of dishes served for upstairs dinner include grilled chorizo with Desiree potatoes, garlic, and parsley; Celery Root Tortillito with white anchovy and lemon; and lobster mushrooms with duck egg and marigold. Desserts are similarly classy and creative: a Rice Pudding Brûlée, for example, and vanilla ice cream with prunes and Armagnac.

Speaking of beverages, we haven’t yet talked much about what’s being poured both upstairs and down in the adult-beverage department. There’s an extensive and very well-curated beer list with many brews on tap and lots of bottled options. The beer comes not only from Burial but also many other regional and national craft brewers (plus some of Belgian’s legendary labels). You’ll also find craft cocktails, wines, and cider here.

Without further ado, let’s take a look at some standout dishes and drinks at Burial Beer’s Forestry Camp Bar & Restaurant:

Grilled Spanish Olives
This bar snack—olives and pickled Guandilla peppers dressed with the Basque dressing Xipister—really hits the spot with a glass of beer or wine.

Tempest of the Swelling Sea Beer
OK, this experimental Burial Saison won’t be for everybody, but beer connoisseurs may well delight in its briny, oyster-brewed, oak-aged boldness.

Forestry Camp Bar & Restaurant is still a new outfit, and it’ll be fascinating to see it evolve, but no question its rustic and historical setting and its combination of casual and fine dining is a welcome addition to the Asheville dining scene.

Insider Tip:
If you’re coming to Forestry Camp Bar & Restaurant to explore Burial Beer Co.’s lineup, be forewarned there are actually only a few Burial beers on offer: The beer list is as much a showcase for other craft breweries. You certainly won’t be hurting for excellent brews—including some fine Burial creations—but the brewery’s South Slope Asheville taproom is the place to go for the most Burial beer variety. 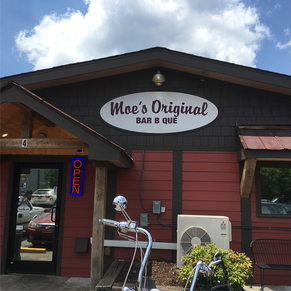 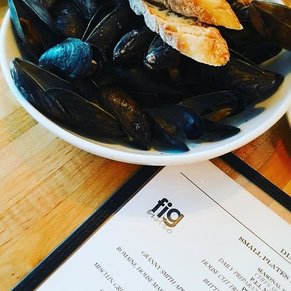 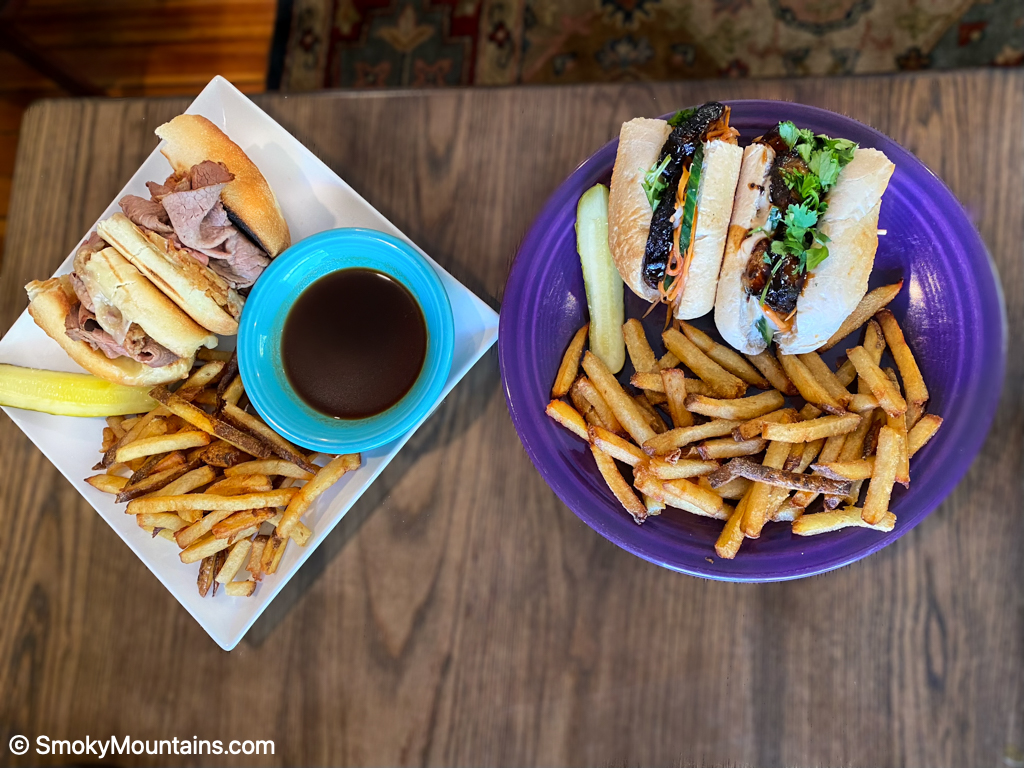 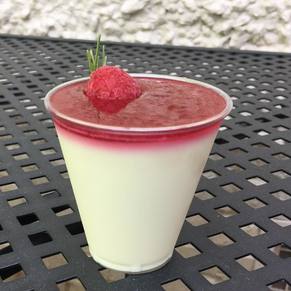 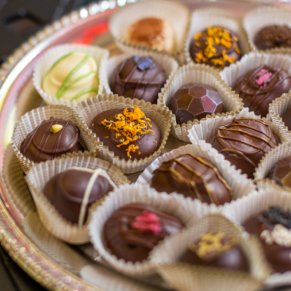