Voted by Bon Appetit Magazine as one of the best new restaurants in the country, Buxton Hall Barbecue is a casual spot to sample slow-roasted barbecue that will delight the taste buds. Polish it off with a Cheerwine and bourbon slushie or Icepick slushie for a true adult taste of the South.

Located in the old Standard Paper Sales Company building, Buxton Hall has exposed brick, massive windows, and retro 1960s decor, which is just the beginning of the journey. However, Carolina barbecue joints dot the landscape of Asheville, but an apprehensive approach isn’t necessary.

All of the roasting, cooking, bread making, and cocktail infusions are entirely made in-house, giving Buxton Hall a vibe that’s unlike any other. You might become so enamored with the flavors that you take home some of the clothes and other knick-knacks in their gift shop.

Started by Meherwan Irani and Elliott Moss in August 2015, Buxton Hall Barbecue has only taken a short time to wind up on the “must-go” list of restaurants in the country. A former James Beard Award-winning chef, Moss brings the family barbecue recipes from his South Carolina roots to Buxton, while Irani offers his restaurateur and self-made cooking skills to the table. The result is a heavenly, eclectic mix of influences to the traditional Carolina barbecue scene.

Eastern Carolina-style barbecue is a labor of love that’s unlike any other barbecue in the country. Buxton Hall smokes its hogs for 18 hours over hardwood and infuses them with vinegar. This briny, sour base brings out the flavors of the pig in a juicy and satisfying manner.

If you hop in for dinner, you’ll have your choice of this style of barbecue, along with many other Southern favorites.

You can’t have great barbecue without the sides to back it up. Fortunately, Buxton Hall brings classic barbecue sides and a few surprises. Macaroni salad, potato salad, creamy coleslaw, and collard greens should heighten the flavor experience. However, for a true treat, try the RC Cola baked beans. Just as the name sounds, this dish involves the famous cola infused into beans for a sweet and savory affair.

Somehow, barbecue tastes better when you have an adult beverage in your grasp. For this reason, Buxton Hall offers 10 beers on tap with another two dozen in bottles and cans. The cocktail menu adds another eight drinks, and there’s a full wine list if you want a glass of red or white wine.

Despite these fantastic drink options, it’s the adult slushies that you should try. The bourbon and Cheerwine blends two southern favorites, while the Icepick is a refreshing mix of sweet tea and vodka.

If you’re searching for a place with interesting decor, a friendly staff, and some of the most delicious barbecue in Asheville and beyond, make sure to plan a trip to Buxton Hall Barbecue. 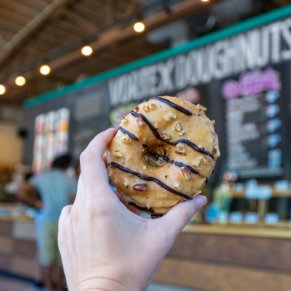 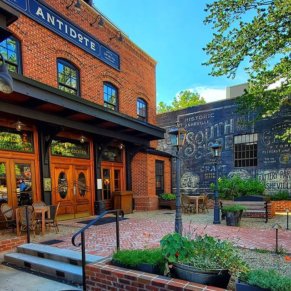 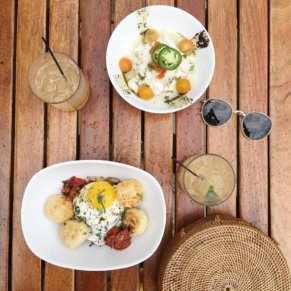 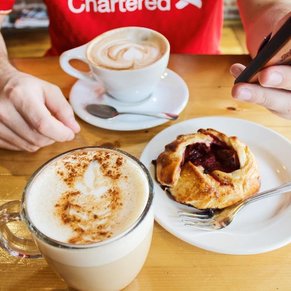