Bouwerij Cursus Keme provides a wide range of locally brewed beers in an eclectic beer garden setting. Come for the beer, admire the custom wood furnishings and get some food to complete your visit.

Bouwerij Cursus Keme is a local brewery situated in the heart of Asheville, but you wouldn’t know that once you walk inside. The former tractor-trailer service center now harkens of another era and offers beer styles from around the world.

The decor at Bouwerij Cursus Keme will instantly transport you from modern-day Asheville to a bygone place and time. The custom wood furnishings are simultaneously sophisticated yet simple, and elegant while remaining natural. Watch as your beer’s poured from a tap in a long log, and then take a seat at the hewn table that dominates the space. If you’d prefer to sit only with your party, opt for one of the multi-colored wood tables indoors or a picnic table outside.

The beer selection here is diverse, including everything from IPAs and red ales to stouts and smoked porters. Exactly what’ll be available when you visit depends on what’s been fermenting, but it’s certainly going to be good. Brewmaster Jeffrey Horner has been making beers for more than 20 years now, and he had a background in physics and winemaking before his career in beer. That background and experience give him the ability to create many different selections rather than focus on one particular taste.

You won’t find the most extensive food menu here, but you’ll also never have to go hungry. There is a kitchen, and it serves dishes until the final call of the night.

For lawn games, food trucks and other peripheral activities, there are many options in town. For a darn good beer in a cool setting, come to Brouwerij Cursus Keme — and bring a beer-loving friend or two.

A few of our menu favorites at Bouwerij Cursus Keme include:

Newtonian Filtration
Old school meets new in this nitro-infused red ale. The Newtonian Filtration is one of the lighter beers on the men with a 5.0 percent ABV, but the nitro accelerates how quickly you’ll feel the beer’s effects. It’s also incredibly smooth, which can be uncommon among red-style brews.

Entheogen
The IPA was originally infused with extra hops so that it could survive the shipping from India to England before the advent of modern transportation. Today, the style is enjoyed for its hoppy taste — and this is an especially good example of the style. Not only is the Entheogen full of hops, but it’s also one of the most alcoholic of all the beers on the menu at 9.3 percent ABV.

New American Stout
If reds and hops aren’t your things, go with the New American Stout. It’s deep and dark, and there’s something special about stewing over such a beer when you’re in a setting like the brewery has.

Bartender’s Recommendation
Don’t know what to try? Leave it to the bartender to make a recommendation. They’ll make sure you get something good.

Food
No one comes here specifically for the food, but the dishes are decent. Get a selection of whatever you like to help your stomach soak up some of the beer.

Insider Tip:
– If you find a brew that you especially like, you’ll have to come back to get it again. Brouwerij Cursus Keme has no plans for retail distribution or take-home packaging, and is instead focusing on serving up their beers exclusively in the local brewery setting. 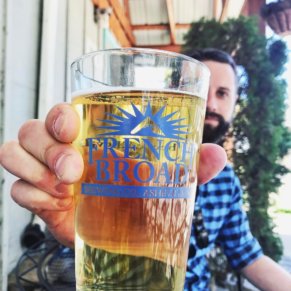 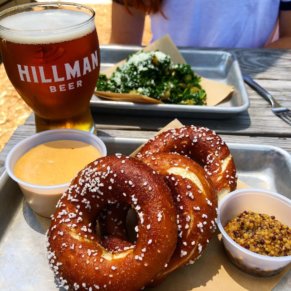